‘Preacher’ Finale: We’re Better off Without a ‘Needy Little B*tch’ Like God

We’ve finally come to the end of AMC’s Preacher, and what a mess it has been getting here. From stomach-churning gore to constant blasphemy to straight up portraying God as the bad guy, it’s been nonstop hatred towards a faith that inspires literally billions. And now, after four seasons, the show finally signs off with probably the most slanderous and yet most predictable sentiment of them all. 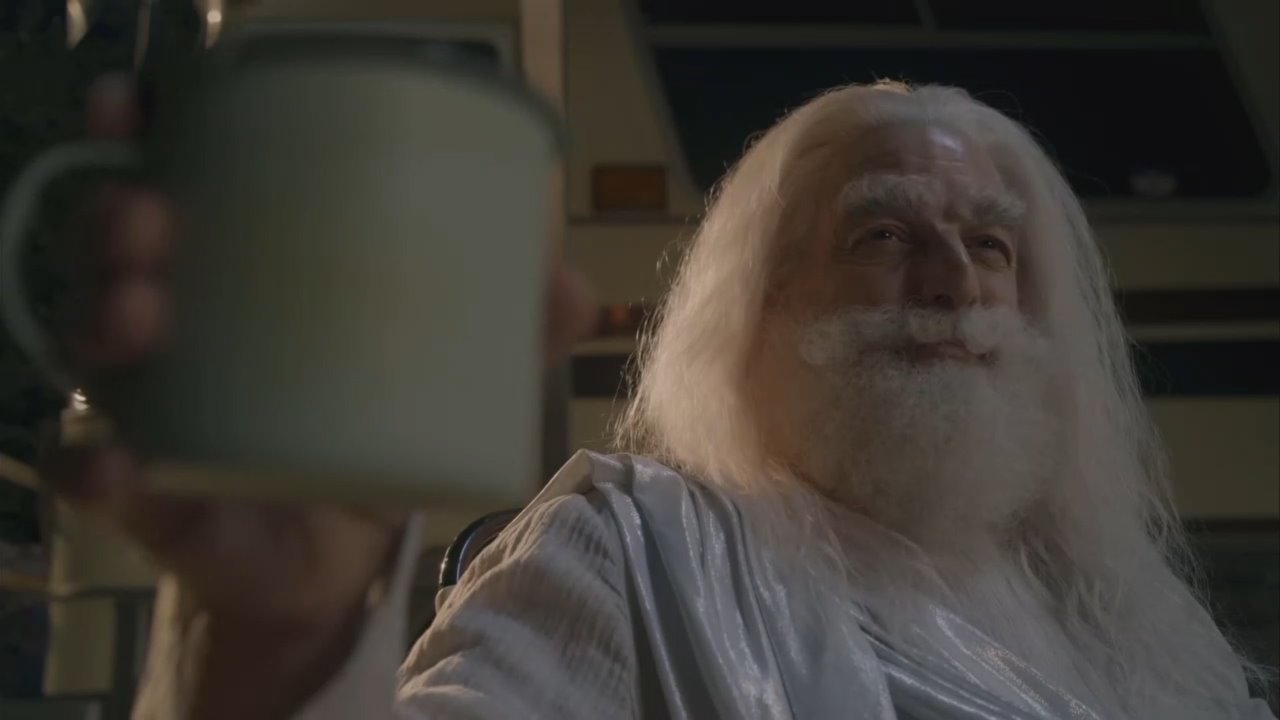 The September 29 finale “End of the World” sees Preacher Jesse (Dominic Cooper) successfully preventing the apocalypse and saving humanity. In the meantime, however, God (Mark Harelik) once again escapes and goes on the run, starting a brand new search for Him. After two years, Jesse finally comes face to face with God again.

Away from the pressure of the apocalypse, they discuss life’s biggest questions including the purpose of other religions, aliens, and giving kids cancer. The conversation turns a little more personal when Jesse asks about his own father and whether he made it to Heaven despite years of Jesse praying for him to go to Hell. God responds that, despite Jesse’s efforts, his father went to Heaven, and, furthermore, every action He had taken was out of love for Jesse. Jesse responds to that sentiment by calling God a “needy little bitch” that we’d all be better off without anyway.

Jesse: Your Great Design is being loved. Right? That's it. That -- That's the why.

God: I gave you pain. I gave you joy. Your family? That happiness that you feel? That was my idea.

Jesse: You know, whenever I imagined this moment, it was just like this. We'd talk, and you'd answer my questions, I'd hear about my dad. And you'd help me understand.

God: What will be is what has always been. I will go back to Heaven. And all you need to do is say it.

Jesse: I understand that we would all be better off without a needy little bitch like you around.

After Jesse tussles with God for a bit, God escapes only to come face to face with a supernatural being known as The Saint of Killers (Graham McTavish). The Saint seeks revenge on God taking away his family, so God offers him their return in a desperate attempt to live. When that doesn’t work, the two also fight, ending with God dead on the ground with a bullet through His head. God is now literally dead.

The truth is, nothing about these scenes are surprising. Preacher has been portraying God as a “needy little bitch” since the show began. Every episode seems to claim that we’d be better off without Him, even though the real God is clearly nothing like this caricature. If these writers think this is anywhere close to accurate, than they may need more help and prayer than I ever thought.

In the end, we’re all better off without a show like Preacher. Let’s give thanks that the Earth can finally move on from it.