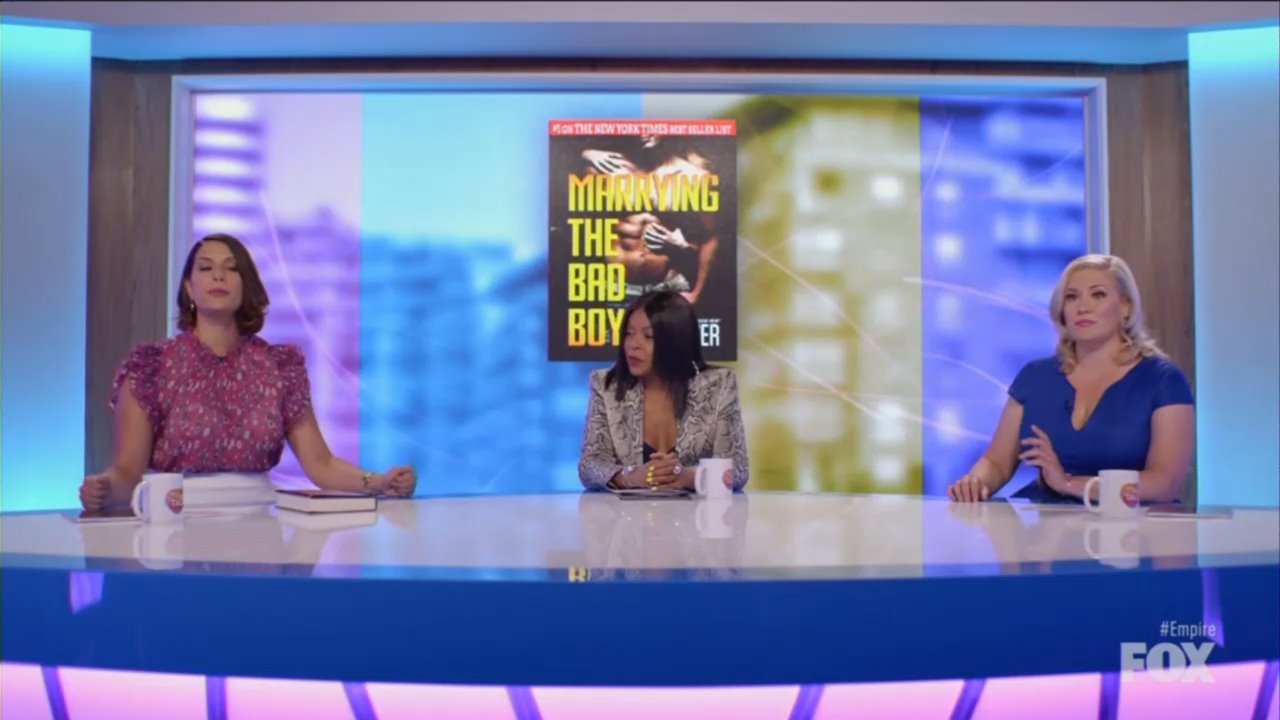 Despite the utterly embarrassing Jussie Smollett scandal earlier this year, the FOX series Empire managed to gain one final season. Though Smollett’s character has been unceremoniously written out, that still won’t stop the show from dropping its own political jabs now and then. Case in point, the September 24 season premiere “What Is Love” referenced a desire to throw Donald Trump’s “lying ass” in prison.

To kick off the season, Cookie (Taraji P. Henson), following her fallout with her husband Lucious (Terrence Howard) last season, took part in a talk show that clearly resembled The View. Both shows have catty women discussing various topics, and both show an unsurprising hatred of President Donald Trump.

At just the mere mention of his name, Cookie remarked, “please tell me they finally threw his lying ass in prison” only to be clapped back by the show’s resident Meghan McCain stand-in. Still, Cookie at least got the roars of approval from the audience:

Cookie: Please tell me they finally threw his lying ass in prison.

Lizzie: Maybe he has your old bunk. Or your husband's. Or your son's.

Cookie: Well, wherever he is, I'm sure you'll be lobbying to be his prison bitch.

It was ironic that Cookie acted like Trump should be in prison while Jussie Smollett, who actually committed a crime, still roams free. Smollett was indicted on 16 felony counts for faking a hate crime against himself, claiming to be the victim of racist and homophobic MAGA supporters. While the charges were later dropped, even Democrat Chicago Mayor Rahm Emanuel admitted that letting Smollett off was a travesty, though it’s clear that people working on Empire don’t agree.

It also figured that this episode came the day of House Speaker Nancy Pelosi announcing an impeachment inquiry of Donald Trump after three years of buildup from the left and the media. Sure, the series couldn’t predict the timing, but moments like this won’t cool any liberal heads. After all, it’s not like they were calm in the first place.

We’ll have to wait and see where the impeachment train takes us, but at least we know where Empire stands: right in line with liberal Hollywood.