We’re about halfway through this year’s edition of Sarah Silverman’s I Love You America, and the end can’t come soon enough. With Kavanaugh derangement, Trump derangement, and a downright hatred for conservatives, the Hulu show has been leftist spiral after unfunny leftist spiral. Now October 11 brought another episode with all 3 awful features plus a bonus lecture on climate change. Yippie! 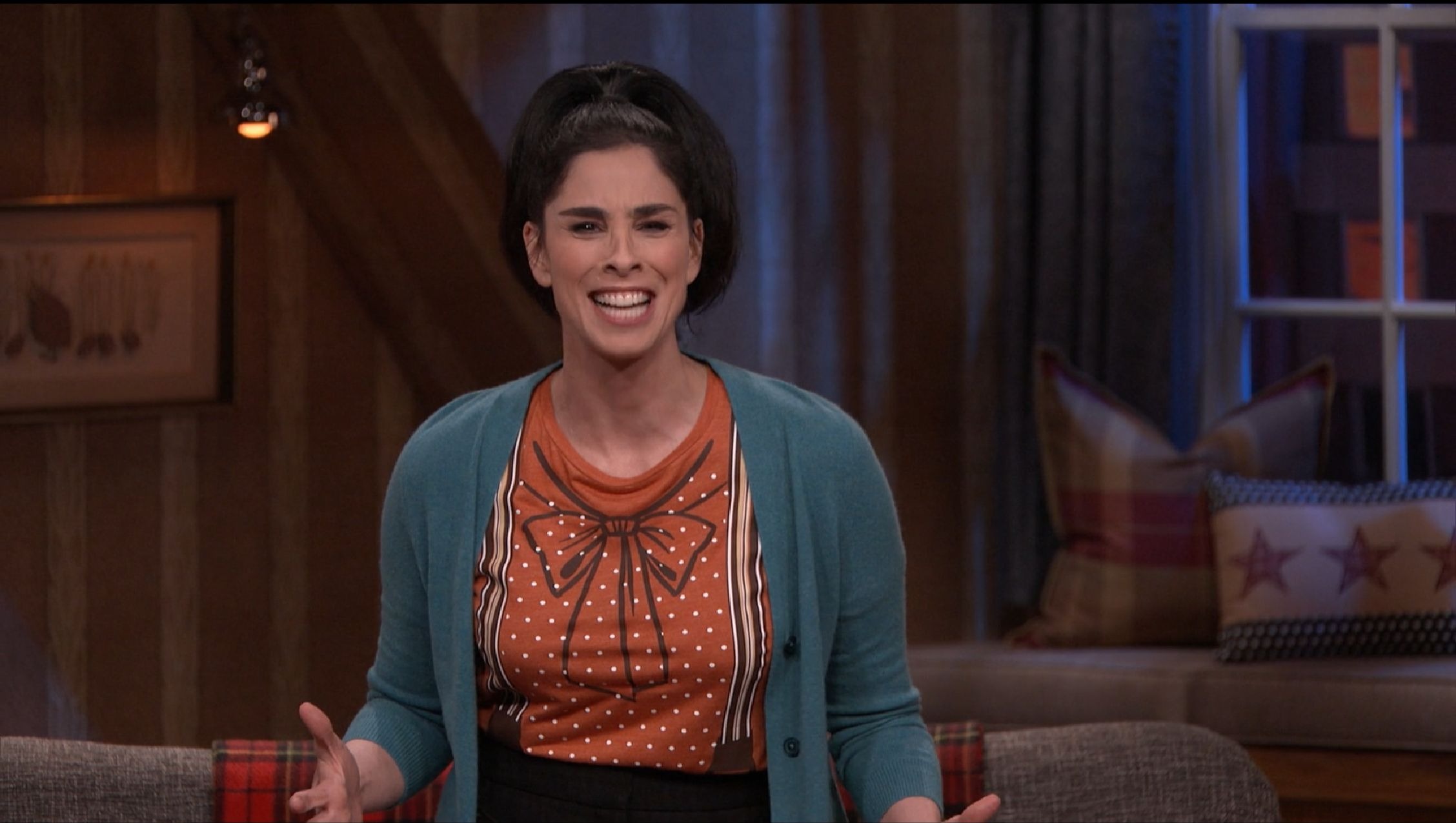 In her opening scene, despite being “fucking sick” about talking on Kavanaugh, Sarah gave a rant on Kavanaugh’s recent swearing-in as a Supreme Court Justice and on Trump in general. Her less-than-delightful comments included referencing Kavanaugh’s “frowny pink face and his Pert Plus hair” and calling Trump “big fat President Dumbshit.” If I didn’t know any better, I’d say that Sarah actually enjoyed talking about things she hates. After all, what has this show been about for the past sixteen episodes?

Her following monologue then jumped to another beloved talking point: climate change. More specifically, she talked about how we’re all going to die from it. Sadly, Sarah is another one of those people who assume we’ll still take anything seriously after that Chicken Little claim:

Hurricane Michael just happened. It’s the third most powerful storm ever on record to hit the U.S. It was big. It was on every channel. But you know what is not on every channel? The reason these storms are becoming more powerful and more frequent. God punishing gays. No, it’s climate change. It’s climate change. And I know climate change is not the most exciting issue, and the media knows it too, which is why it’s covered so infrequently. Here is MSNBC anchor Chris Hayes responding to the question of why he’s not airing more segments on climate change. You know what’s a great incentive? We’re all gonna fucking die. How about that for an incentive?

Here’s the thing, Sarah, climate change “experts” have been claiming we were going to die for decades. At some point, it loses its luster. You can cite as many questionable sources as you want (like the debunked 97% of scientists claim), but you can’t change reality. You also won’t get anyone aside of the Al Gores of the world on your side by leading off with how we’re going to die. I wouldn’t start knocking on lefty Chris Hayes if I were you, either.

Finally, we have an interview with MSNBC contributor and former Republican Party member Steve Schmidt. After being asked “what took so long” for him to leave the Republican Party, Schmidt went on a predictable diatribe against Trump and the GOP today. His solution is through elections, suggesting through clear terms that the party “needs to be burned to the ground.” Between Maxine Waters, Eric Holder, Hillary Clinton and Schmidt suggesting to burn it all down, I’m surprised we aren’t in a civil war right now.

Frankly, I can’t see what other option Sarah has in mind at this point. According to her, conservative pundits are now just Barbies made in labs, the entire right-wing party deserves to be eliminated, and we’re all going to die from climate change. How does anyone make peace with that? For this show, I doubt peace was ever an option.