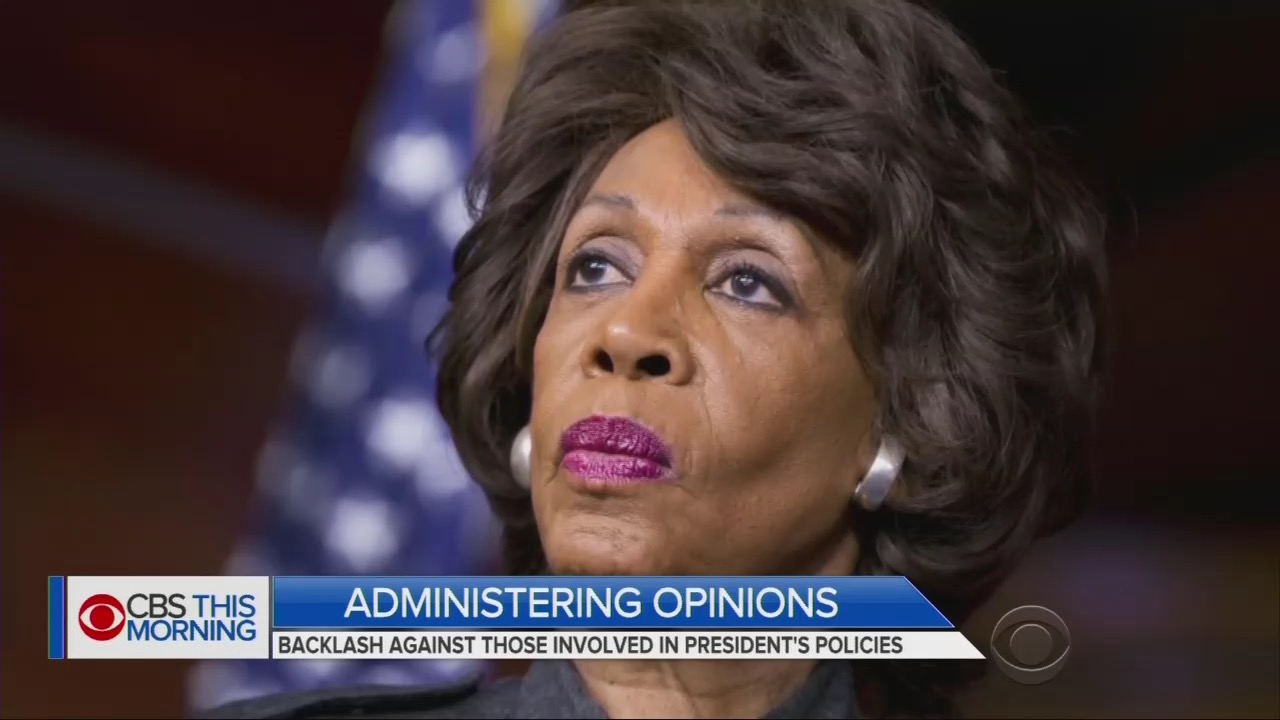 After White House Press Secretary Sarah Huckabee Sanders was refused service at a Virginia restaurant last Friday evening from the shop’s anti-Trump owner, Democrat Congresswoman Maxine Waters encouraged supporters at a rally to continue “pushing back” and “stepping on” members of the Trump Administration when they are out in public, pumping gas, going to the movies or at the grocery store. She even went on MSNBC afterwards to defend her nasty rhetoric.

Following these incidents over the weekend, ABC completely ignored both ends of it-- Sanders being harassed and Waters' inflammatory comments, during their morning coverage on Good Morning America. NBC’s Today show also didn’t cover Waters’ comments during their regular two hour programming, but waited until Megyn Kelly’s show later in the morning to talk about it. CBS was the only network to feature both stories back to back on This Morning, June 25.

After a brief on Sanders being refused service, NBC waited until the 9:00am EST hour of Megyn Kelly’s Today to discuss Waters’ controversial comments. Instead of condemning Waters, the NBC panel downplayed the significance of a leader encouraging public bullying of people they disagree with politically.

While NBC defended Waters, CBS This Morning rebuked Waters for encouraging public harassment. After a report on the story, King condemned Waters:

GAYLE KING: Made me sad when I heard that story over the weekend that Sarah Sanders-- Regardless of how you feel about her or Donald Trump, she ought to be able to eat where she wants. That made me very sad. And on the other hand, I don’t think the conversation that Maxine Waters is putting out--I respect her, know her, but I just don’t think that’s going to be helpful either.

“Civility really matters, especially now,” she added, as the rest of the CBS panel agreed with her.

A little hypocritical coming from King, who herself harassed a Mexican-American who believed in legal immigration that he needed to “be easier” on illegal immigrants, on the show last week.

This latest incident comes on the heels of other Republicans being attacked by liberal protesters in public. Last week, Homeland Security Secretary Kirstjen Nielsen was bullied by a liberal mob at a Mexican restaurant in D.C., and Florida Attorney General Pam Bondi was heckled at by liberal activists Sunday outside a screening of the new Mr. Rogers movie.