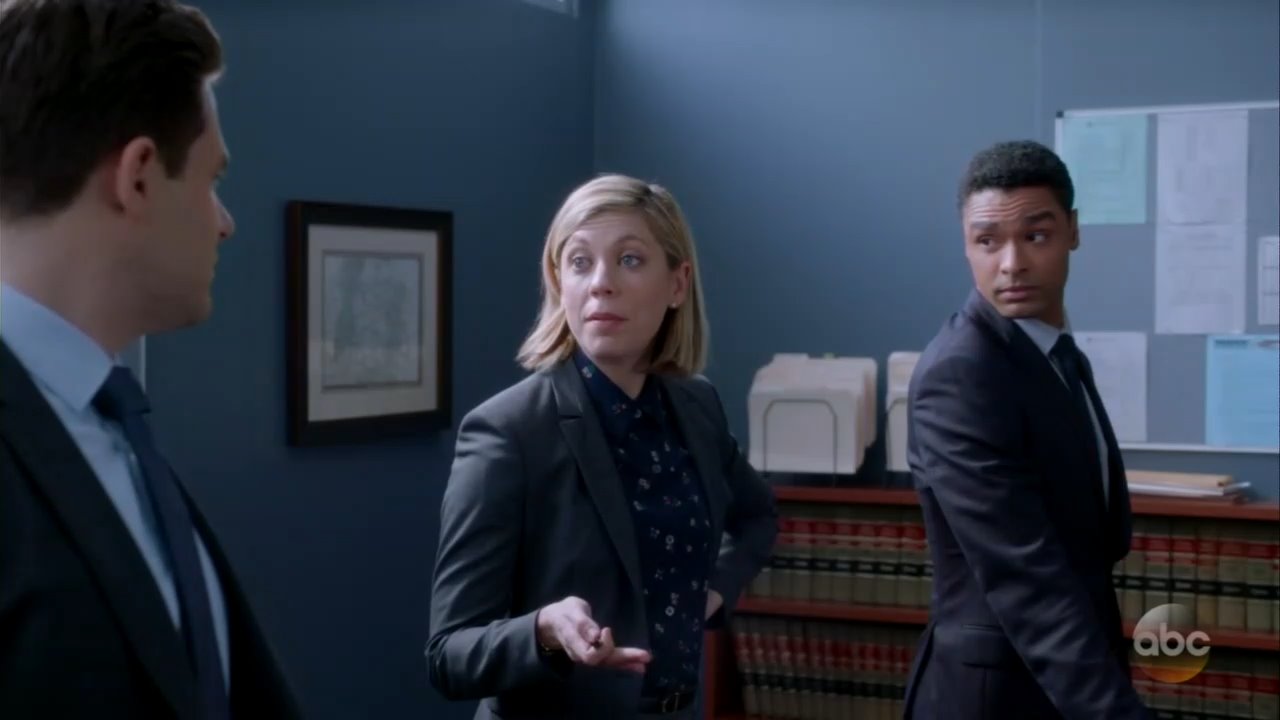 ABC’s legal drama For The People has covered a lot of social justice topics in its short run on television, quite a few of them based on real-life events. However, the Shondaland series may have hit a new low by rewriting history to suit their liberal needs. The May 15 episode “Extraordinary Circumstances” resembles that of an infamous case against a Democrat governor but with a significant party twist.

Kate (Susannah Flood), Jay (Wesam Keesh), and Leonard (Regé-Jean Page) begin an investigation based on a tip that New York Governor Bill Shales is selling the state's currently vacant Senate seat. Since the firm has no direct case against the governor, they must collectively find a way to implicate him before he finds out they're on to him and can destroy any evidence.

The case sounds eerily similar to the charges leveled against former Illinois Governor Rod Blagojevich in 2008 when Blagojevich was caught on wiretap attempting to sell the Senate seat vacated by Barack Obama. Like Blago, Shales is said to be extorting campaign donations for himself, corporate board positions for his wife, and other benefits with the assistance of his Chief of Staff.

But one major detail the show didn’t match was that Gov. Blagojevich was a Democrat. When Kate suggests wiretapping “some rich Republican” to catch Shales (who coincidentally resembles Vice President Mike Pence) in the act, we know exactly which party he is supposed to be in.

Shales: Appointing our next senator is a great honor and an even greater responsibility. I have launched a comprehensive search for the right candidate. Someone with integrity, who is forward-thinking yet has—

Jay: A lot of liquid cash and connections.

Kate: We should set him up, send in some rich Republican with a wire.

Jay: It's a waste of resources. The phones are already tapped.

Leonard: No way Shales is talking about this stuff on the phone. He's too savvy.

Kate: Leonard's right. The wiretap only pays off when he slips up, and that's gonna take time, which is why we should run a sting.

Leonard: We need to play this man-to-man.

The trio of lawyers manage to record Shales incriminating himself in a call to the Chief of Staff’s burner phone. With Shales’ admonishment to his Chief of Staff to “delete every text and e-mail about the Senate appointment. Destroy it, all of it, now,” the lawyers successfully have him charged and arrested by the FBI.

Hooray, a corrupt Republican goes to jail! With both Blago and current New York Governor Andrew Cuomo being Democrats while this fictional New York governor caught taking bribes for a senate seat is Republican, the bias is almost laughable.

But that’s the way leftists seem to play it nowadays. When they aren’t the heroes in real-life, they make-believe they are on TV. From recent polls, however, it looks like people aren't falling for it anymore.