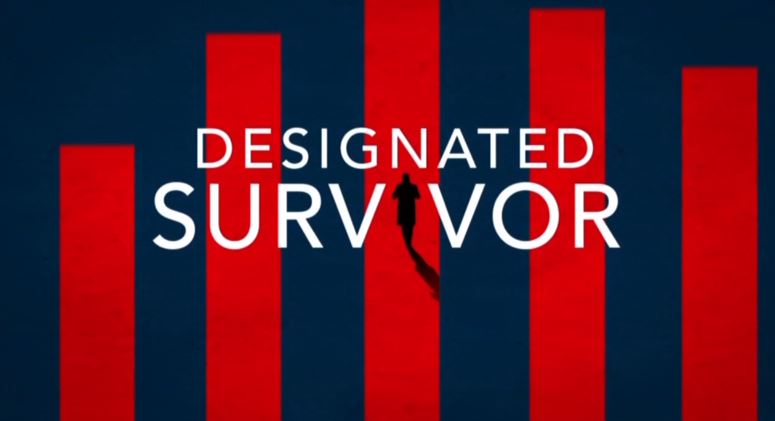 Now that the matter of presidential removal has been covered, ABC’s Designated Survivor can go back to what it’s best at: promoting the liberal agenda. When it’s not overtly defending liberal values, the show usually spends time demeaning political opponents, and this week’s story is probably the dumbest attack I’ve seen this season. Forget ISIS or even Antifa, the real threat to our nation’s stability could just be a libertarian.

The May 2 episode “Bad Reception” continues the on-going plot of discovering exactly who has been leading a series of sophisticated hacks against important government infrastructure, including the leak of President Kirkman’s (Kiefer Sutherland) therapist's notes which almost led to the 25th Amendment being invoked.

While initial evidence suggested it was tech billionaire Andrea Frost (Kim Raver), who had been getting close to the president recently, the real culprit is actually Dax Minter (Chris Butler), a longtime friend of Kirkman’s and owner of a huge electric car manufacturing company. Upon discovering Dax’s actions, Kirkman confronts him only to be met with a bizarre motive.

Kirkman: Needless to say, I was speechless because I couldn't believe that a man who I considered to be one of my closest friends could possibly have hacked the power grid, NASA...

Kirkman: ...released a video of me confronting the man who killed my wife! Speechless doesn't even come close to covering this. Why the hell would you do this to me?

Kirkman: What the hell are you talking about?

Dax: Free enterprise? The promise of America? A promise that's been strangled by red tape, a bureaucracy that prevents innovation, stifles human progress.

Kirkman: So you attack our institutions, undermine them, in the hopes, while the country's distracted, you could build your empire without scrutiny?!

Dax: You make it sound like I'm some kind of Bond villain. I’m not.

Kirkman: Then what the hell are you?

Dax: Do you know the societal good my companies can do if they are left to flourish without antitrust investigations? And I'm not talking about money. I'm talking about freedom. The greatest right we have as Americans is the right to be left alone.

Kirkman: Trust me, I'm gonna do everything I can to make sure you're left alone.

That’s right. The cyber-terrorist behind attacks that killed federal agents did it for the cause of free enterprise.

Do you think government regulation and inefficiency is a problem? Do you believe freedom from government bureaucracy promotes innovation and personal responsibility? You might just be a budding terrorist! After all, Dax (and the show's writers) considered those good enough reasons to throw the nation into chaos. What’s to stop any of us from acting on that?

Ultimately, it’s unsurprising coming from a show that regularly trashes Republicans. It’s especially unsurprising given that just one year ago the former CEO of a major defense contractor was revealed to be behind the Capitol bombing instead of Islamic terrorists as initially thought.

Those on the right are clearly not allies to these people, but businessmen are made out to be downright evil. I think it's about time they are left alone and the show gives us a new designated villain.