This week ABC’s The Real O’Neals focused on the often-overlooked Catholic sacrament of Confirmation. As Kenny (Noah Galvin) states, it’s an act that “strengthens our bond with the Church.” Sounds like a nice little episode, right? Nope! That connection with the Church apparently extends to seeing God as whatever you want, even a woman. Yeah, nobody shows the bond to Catholic Church stronger than The Real O’Neals.

In the February 21st episode “The Real Confirmation,” Shannon (Bebe Wood) prepares for her Confirmation with her replacement godfather VP Murray (Matt Oberg), which is already a bad story if you think about it, but it gets worse. You see, her problem arises when the priest won’t let her post her Confirmation essay after refusing to change her topic on God being a woman. Here is her summary.

Shannon: ...Here's why I called you to your office.

Murray: You've reconsidered. You don't want me to be your godfather. That's a wise choice.

Shannon: No, you're still in. Sit.

Shannon: Here's the deal -- Everyone getting confirmed has to write an essay about their spiritual journey, but Father Phil refuses to approve mine.

Murray: Too many cuss words? Did you go blue? 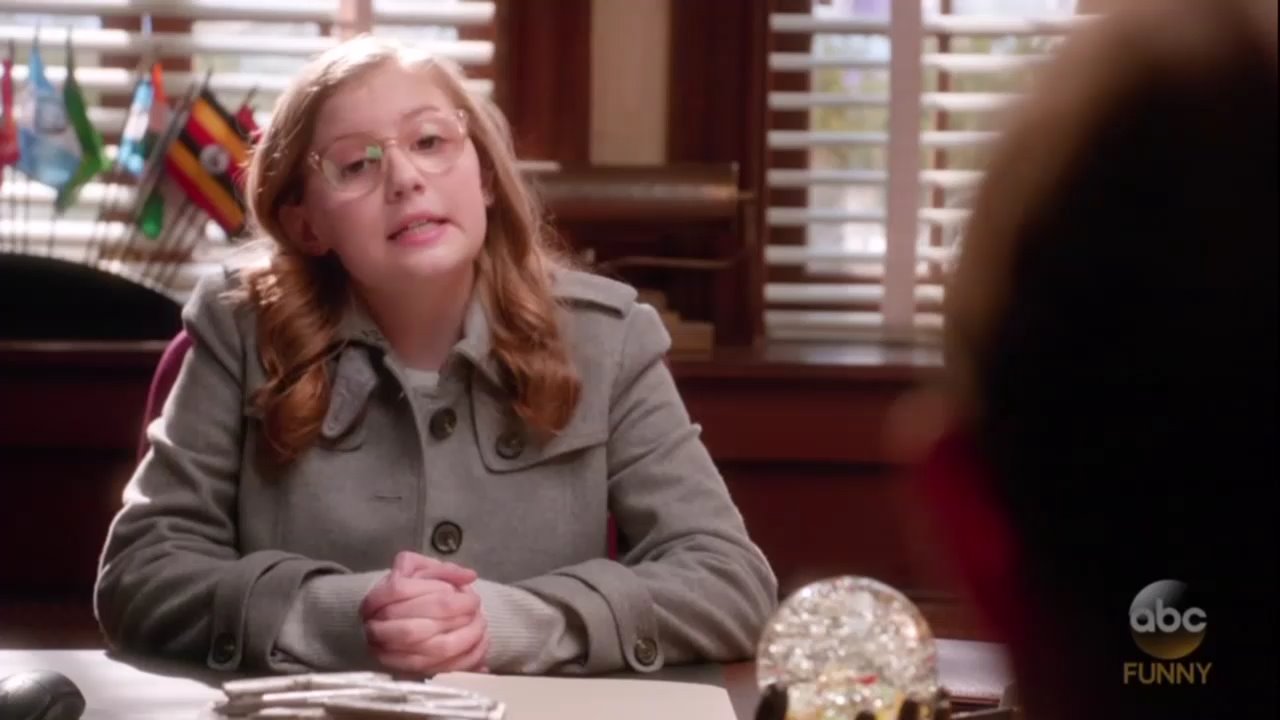 Shannon: No. I refer to God as female. I always had a hard time relating to a higher power until I realized "He" can be a "She." And I wanted other people to know they could see God however they want, too, but Father Phil doesn't think that's kosher, and he won't confirm me unless I change every "She" to a "He."

Murray: So, you need to borrow some wite-out? Because I have many shades.

Shannon: No. I'm not changing anything. This is my Confirmation, and it has to mean something to me. That is why I need you......To talk to Father Phil.

Shannon: You have pull with him, right?

Murray: Push. Pull. I mean, who's to say what we have. Words cannot really describe our relationship.

Shannon: Then go talk to him and change his mind. You can do it. I believe in you, Godfather. Don't be a Fredo.

Murray: What happens to Fredo?

What does her supposed godfather Murray think about Shannon’s view? He agrees, of course! I guess it’s just better and easier to agree with the argument of God the Father being “a woman sitting at a typewriter wearing an A-line skirt and sensible boots,” who "looked a lot or exactly like Bea Arthur." After all, who is he to help her understand how she should view God? Except, you know…her GODFATHER.

Really, does anyone on this show have time for another option? Or at least a sensible one? Anyone?