Liberals love to brag about how tolerant they can be as they arrogantly shove their beliefs down our throats. The only thing really shocking about the process anymore is how they still find ways to push the boundaries of society - and ABC's Modern Family still aims to the trendsetter with the newest concept: raising kids to be gay. 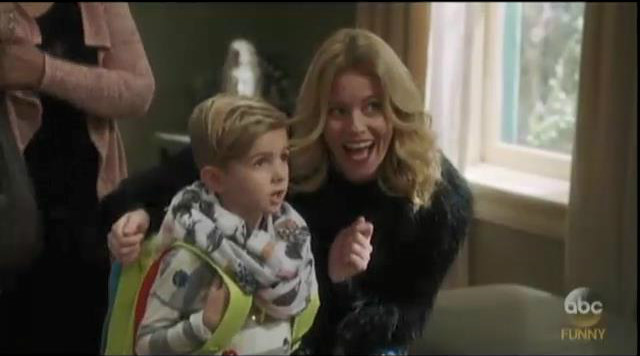 In the episode “Do You Believe In Magic,” gay couple Cam (Eric Stonestreet) and Mitchell’s (Jesse Tyler Ferguson) friend Sal (Elizabeth Banks) drops off her son before the three head out for a Valentine’s Day lunch. Seems normal and all until this exchange.

Sal: Sammy, tell your "guncles" hello like I taught you.

Mitchell: What am I looking at here?

Sammy: I'm raising him gay. Tell Uncle Mitchell what you think about those pants.

You know, I’ve come across many a Facebook post from my liberal friends and family members who criticize Christians and other religious people for “forcing” their beliefs onto their children. Can I officially go on my own sanctimonious rant now? Or is it only at that point when it’s not my business?