A new feminist book introduces babies to politics. Yes, babies. And while it claims show children their value (a good thing!), the pages aren’t exactly welcoming to pro-lifers or conservatives.

The book follows a feminist baby (of course) and includes lines like, “Feminist Babies stand up tall /’Equal rights and toys for all!’" It’s available on Amazon and Disney. 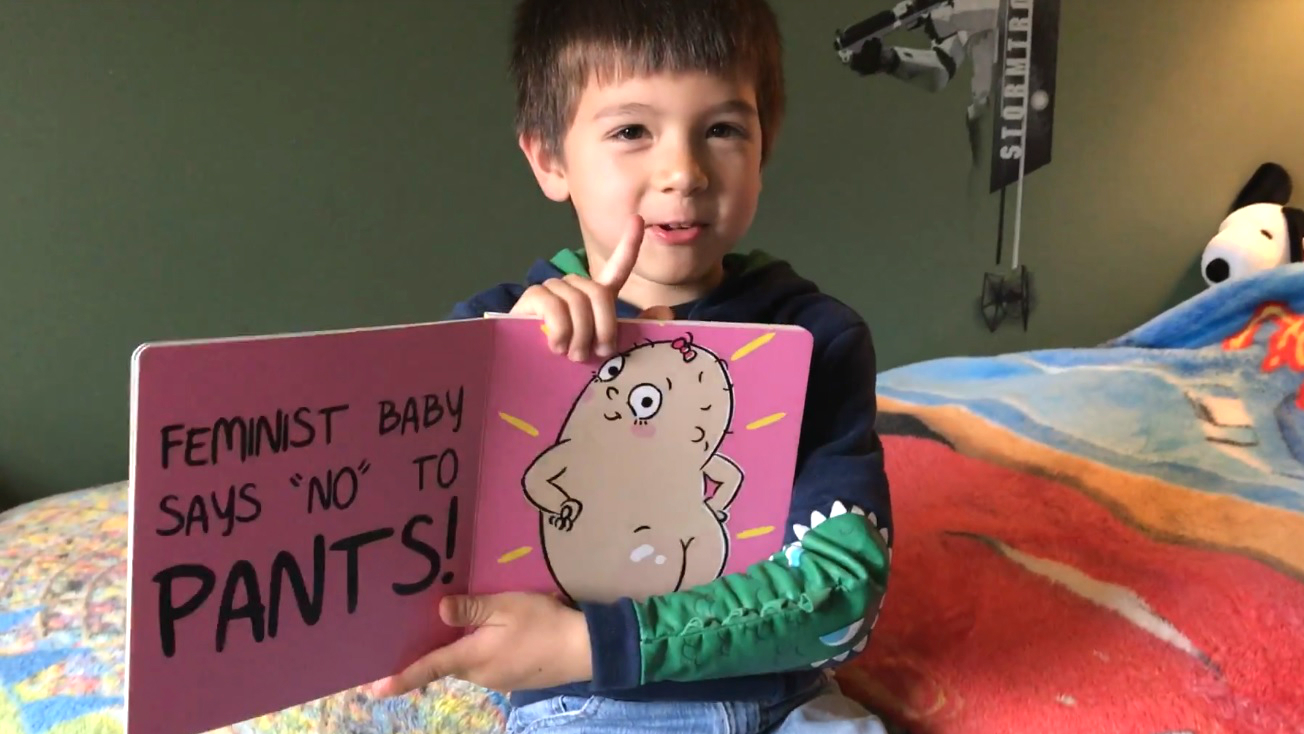 In an interview with GirlTalkHQ, Brantz called Feminist Baby the “first of her kind” as a “baby book specifically about feminism.”

“She’s a fresh character ready to show and go through what other real babies are going through,” said Brantz of her creation. “I think in ‘Finds Her Voice’ you’ll really get a sense of how she and her friends would react in the present political climate.”

Towards the end of the book, she said, the babies even “attend a protest.”

That protest, according to pictures on Twitter, shows babies holding up signs for “equality” and “justice” as well as a rainbow flag and a female sign (something readily found at the Women’s March which rejected pro-life women).

With her book, Branz wanted to “show young readers they can be unapologetically who they are” and inspire them to “protest injustices as well!”

She listed the causes she hopes that youth will no have to fight for in the future: “not to have to fight corruption in the government, ability to have autonomy over one’s body, equal pay, mass incarceration, for black lives, for trans lives, for equal treatment and respect for all.”

Readers should expect to see those woven into future books, because Brantz wants to “write about Feminist Baby all the way through to her adulthood.”

“If you want your little person to grow up to be a full and equal person, Feminist Baby is for you,” McGowan declared.

Gay praised, “Loryn Brantz does the important work of making feminism accessible with a keen understanding of what kids need to know about feminism in their young lives.”

Robinson added she might have a kid just for this book, "Not that you should have a baby for the sole purposes of reading a book to him or her, but if I were to do that it would be because of Feminist Baby,” she said.

Likewise, on Twitter, Teen Vogue writer Lauren Duca added, “I don't have children, but I will be regularly reading it to my dog. She's advanced.” (This is the same Duca who fundraised for Planned Parenthood in Tucker Carlson’s name and told Billy Graham to “have fun in hell, bitch.”) Upworthy staff writer Parker Molloy applauded the “adorable” pages.”

Last year, Brantz wrote the prequel: Feminist Baby. In that book, the feminist baby says “no” to pants and likes both “pink and blue.”