Pro-life women have long felt excluded by the Women’s March, which claims to stand for all women. Now, their concerns are being voiced on an unlikely show: The View. According to one co-host, the march supporting abortion leaves pro-life women, like herself, feeling “left out.” 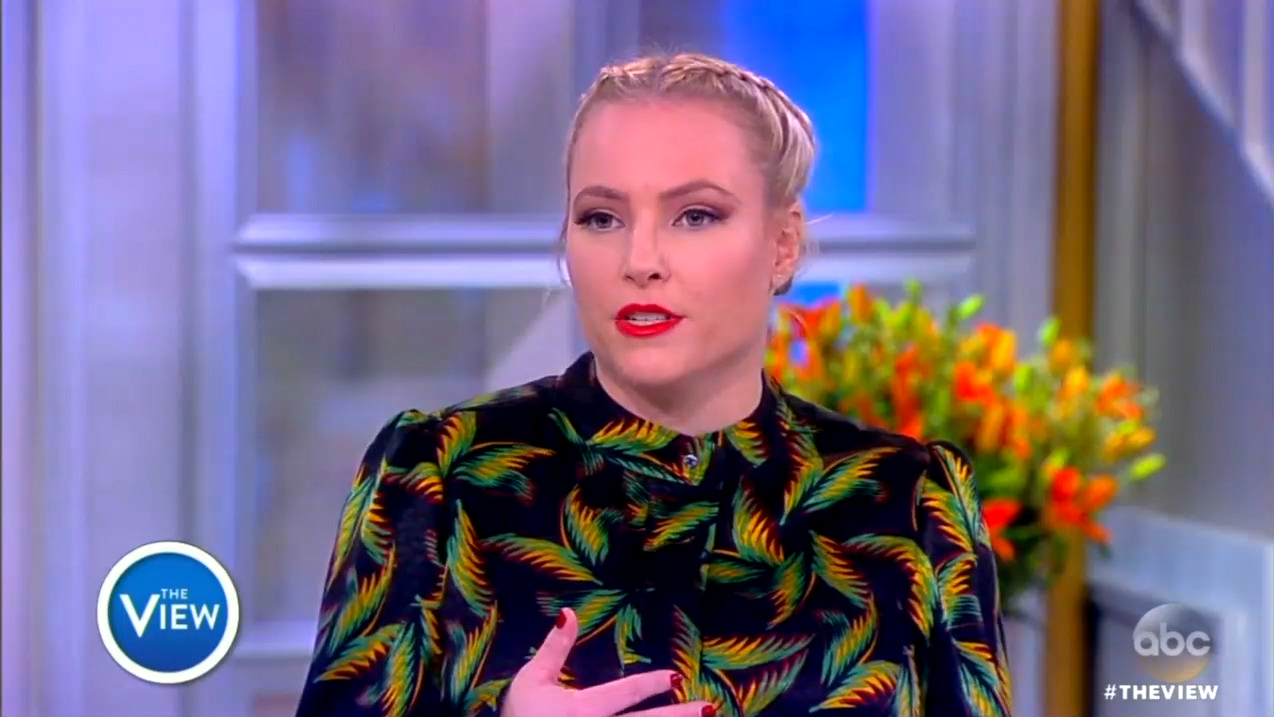 On Monday, The View co-host Joy Behar started a discussion on feminism after President Trump “dropped” the “bombshell” that he’s not a feminist in a recent interview.

“I think that would be, maybe, going too far,” Trump recently told former CNN personality Piers Morgan. “I'm for women, I’m for men, I’m for everyone.”

According to Behar, the definition of feminism is “the theory of the political, economic and social equality of the sexes.” But, she asked her fellow co-hosts, “Do you think [Trump] even understands what he's saying?”

Sunny Hostin responded with a “no,” while Ana Navarro retorted, “does he ever?” But everyone should be a feminist, Behar insisted, because “women are in trouble in the world.”

“You need to be a feminist and put a spotlight on it because of the trouble that they're having,” Behar said of women.

For her turn, Meghan McCain almost passed on the discussion, asking Behar, “Are we moving on to the next topic?" But then she gave her input: the feminist movement is excluding certain women. Pro-life women.

“I actually don't consider myself a feminist and it's not that I don't want equality for women and I want equal pay, and I want us to be treated the same way, but it's so tied up with being pro-choice,” McCain urged.

For proof, she pointed to the Women’s March.

“The original year it was done,” she said, “pro-lifers were disinvited from coming.”

Last year, pro-life women condemned the Women’s March after organizers removed pro-life group New Wave Feminists from its partner list and never accepted others like Students for Life of America. The march’s agenda became clear after Planned Parenthood, the nation’s largest abortion provider, partnered with the event in 2017 and sponsored it in 2018. And in both 2017 and 2018, the march boasted a pro-abortion platform.

For some reason, Behar claimed the Women’s March had “changed that” (changed what, who knows). McCain agreed, but still criticized the event for leaving out women, including herself.

“There was interesting articles written by … the Democrats for Right to Life president saying she still wasn’t comfortable going,” McCain added, likely referring to Democrats for Life of America’s Kristen Day.

“So I think when you’re talking about modern feminism for some reason, pro-life women like myself feel left out,” she continued. “I’m going to get no clap from this room, but somebody in Iowa agrees with me.”

While she did get a clap, she found no support among her co-hosts. Hostin, who identifies as pro-life, disagreed, saying the “movement is very inclusive.”

“This notion that not only is it anti-abortion – it's pro-abortion, it's also anti-male, people think, and I think that's the furthest thing from the truth,” she said.

Just a reminder the #womensmarch in DC is for all women EXCEPT PRO-LIFE CONSERVATIVE WOMEN https://t.co/3GZfeCoLOw

even though pro-life groups are unwelcome?

The View ladies have a reputation for criticizing the pro-life movement and supporting the Women’s March. In November, Behar declared that pro-lifers only care about people “before you’re born." A month earlier, co-host Whoopi Goldberg insisted that Hostin was pro-choice, even though she’s against abortion. Goldberg’s argument contradicted a previous segment where she called herself and her co-hosts “pro-life.”

For the 2017 Women’s March, The View donned “pussy hats” in a show of support. The View crew has also called former presidential candidate Dr. Ben Carson “pathetic” for speaking out against abortion and slammed actor Kelsey Grammer for wearing a pro-life T-shirt.