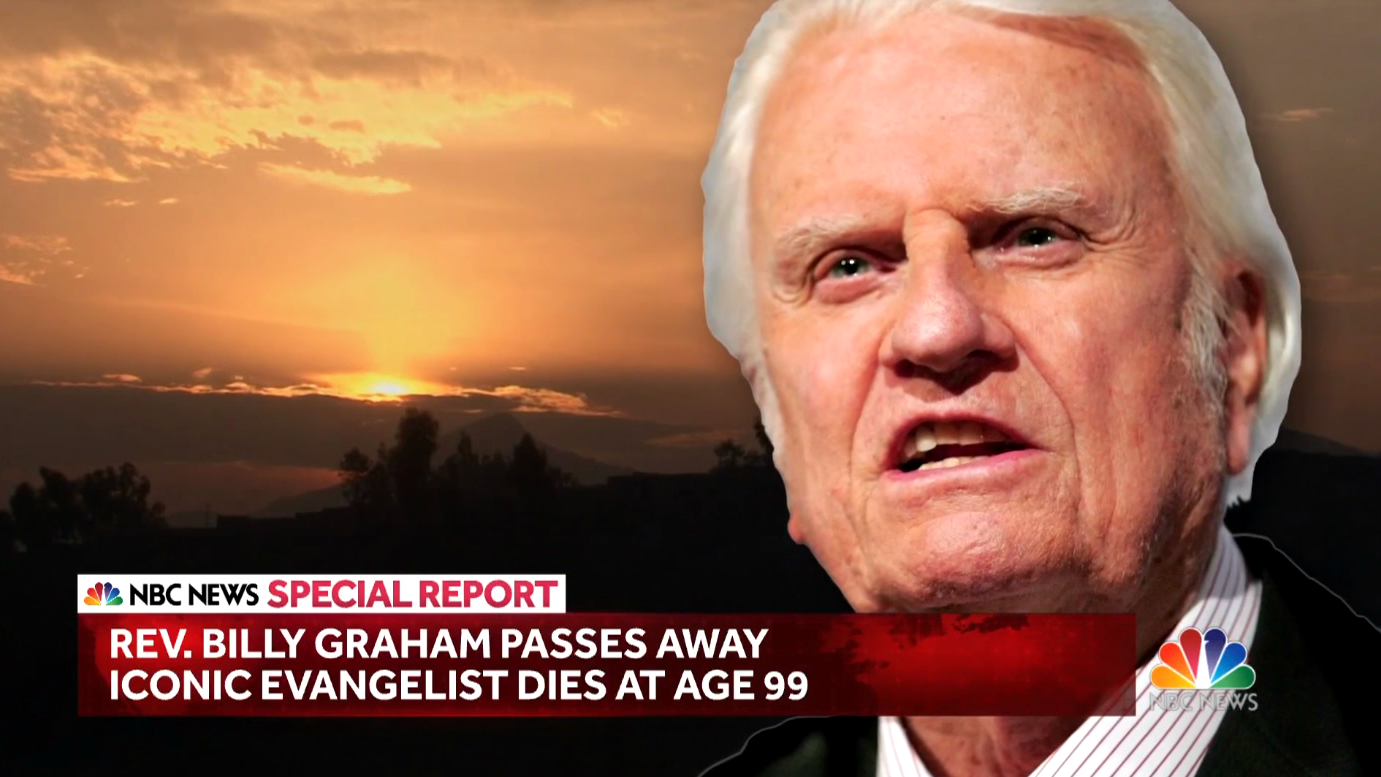 To see just how out of touch some in the liberal media are, look no further than Billy Graham.

On Wednesday, world-famous Christian evangelist Billy Graham passed away at the age of 99. While Americans, former U.S. presidents and many in the media mourned his death, several journalists took to Twitter to celebrate Graham’s death by hoping he was enjoying hell.

“The big news today is that Billy Graham was still alive this whole time,” she mocked. “Anyway, have fun in hell, bitch.”

When she received a backlash on Twitter, she only defended herself.

“‘Respecting the dead’ only applies to people who weren't evil pieces of shit while they were living, thanks,” she pushed back.

This is a person who has appeared on NBC, MSNBC, and CNN (at least six times). She’s even been on Fox with Tucker Carlson – although that didn’t go so well.

When she appeared on Carlson’s show in 2016, he told her to “stick to the thigh-high boots” instead of politics. In retaliation, she raised thousands for Planned Parenthood in the host’s name last year. She raised another $5,700 in February just in time for Valentine’s Day.

But she wasn’t the only one who wished hell on Graham. Others, in both the media and entertainment industry followed her lead.

Cartoonist Jeph Jaques commented he would would be in good company there, with former Supreme Court Antonin Scalia. The Nib associate editor Matt Lubchansky agreed. 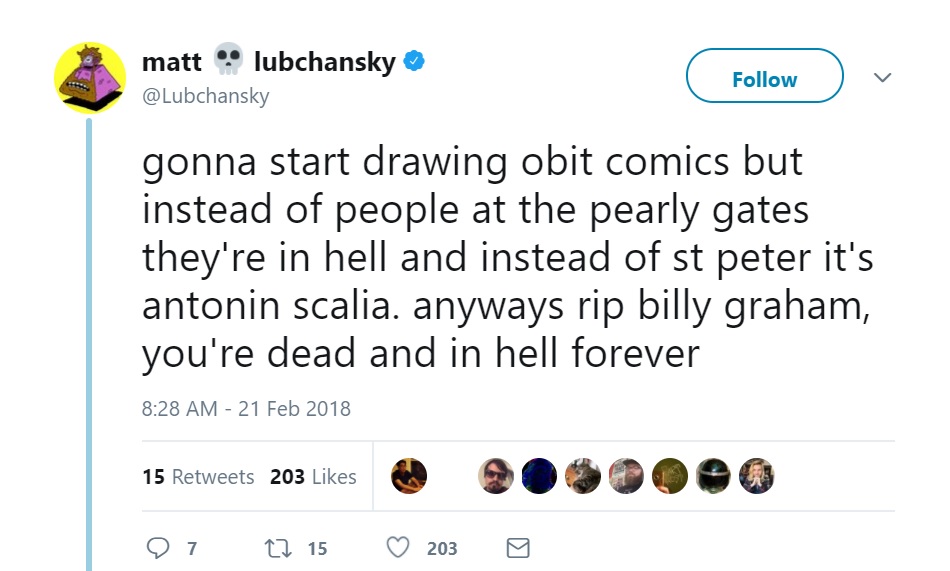 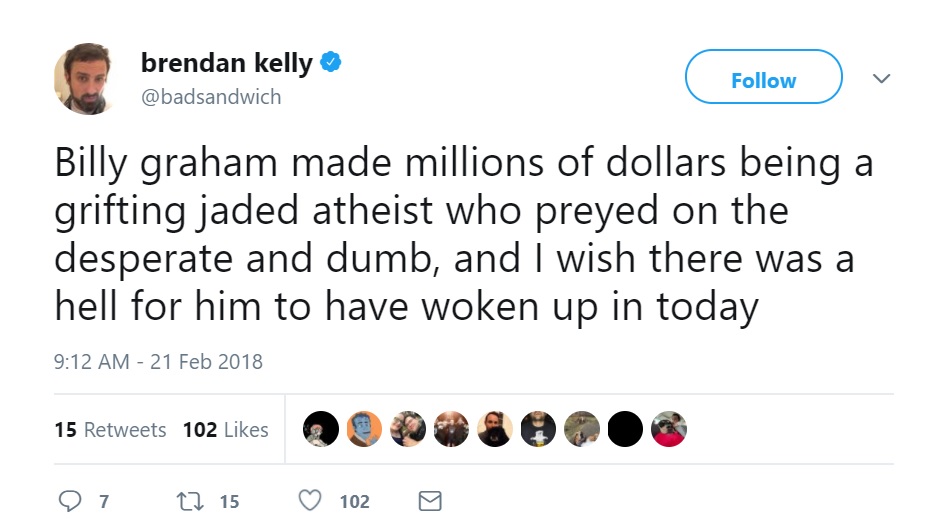