Journalism is turning into activism for one Teen Vogue writer.

On Feb. 4, Lauren Duca, known for her writing at Teen Vogue, asked her Twitter followers to donate to Planned Parenthood in Fox News host Tucker Carlson’s name. In exchange, she would send them a Valentine’s Day card.

OK! To add some love to this bleak fucking winter, ahead of Feb. 14, I have an offer: Donate $50 or more to @PPact in Tucker Carlson's name, and I will snail mail you a Valentine. Screenshot your receipt here, and email me your address. Reproductive rights are *~*meant 2 b*~*

“To add some love to this bleak fucking winter, ahead of Feb. 14, I have an offer: Donate $50 or more to @PPact in Tucker Carlson's name, and I will snail mail you a Valentine,” she tweeted, because “reproductive rights” are “meant 2 b.”

She later added that she was “serious about this” and had purchased “LORD OF THE RINGS VALENTINES” as well as “$200 worth of stamps.”

Folks, not only am I serious about this, I have obtained multiple packs of stickers and LORD OF THE RINGS VALENTINES. Also, $200 worth of stamps due to a vaguely embarrassing misunderstanding at the post office lol. Keep the donations coming. pic.twitter.com/pfddbcjEzt

MRC Culture calculated the amounts shown in receipts tweeted out by her fans. They added up to more than $5,700. 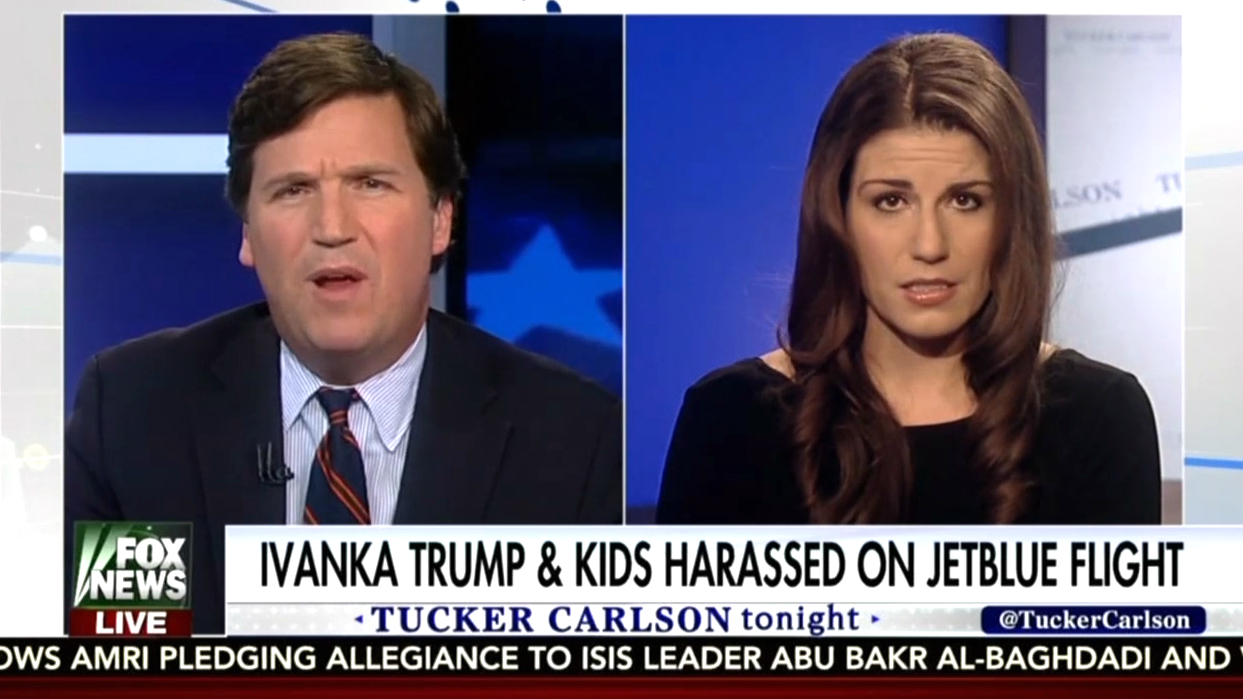 For Twitchy, one writer named Sam remarked that “all she’s really doing is proving [Planned Parenthood people] don’t need our tax dollars … so thanks for that, Lauren.”

This isn’t the first time Duca has targeted Carlson. Last year, she raised more than $10,000 for Planned Parenthood in the host’s name. That’s because, when she appeared on his show in 2016, he told her to “stick to the thigh-high boots” instead of politics.