Netflix’s ‘Big Mouth’: 'Gender Is Like Pasta, There’s Many Different Shapes and Sizes' 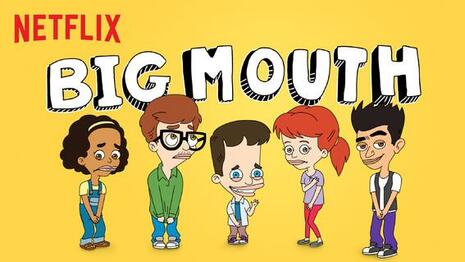 Season Four of Netflix’s raunchy animated series about middle schoolers dealing with puberty and their maturing bodies, Big Mouth, began airing on December 4. Not much has changed from the first three seasons, the show is still full of bodily functions and crude language but this season a transgender character was introduced.

The character known as Gabe in the past is now called Natalie (voice by trans actor Josie Totah). In the first episode, titled “The New Me”, some of the kids go to sleepaway camp. Last summer, Gabe was popular and remembered for his practical jokes. When he is introduced as "Natalie" to the guys, they ask questions that are perfectly normal. At first, they ask if he is transgender so that he can sleep in the girls’ bunk and watch them undress. He assures them that that is not his motivation. Then they get around to asking if he still has a penis and urinates standing up. He doesn’t answer that question.

In the girls’ bunk, after being introduced by the girls’ counselor, the greeting is different. While the boys’ minds were blown, the girls welcome Natalie enthusiastically. “Yaas, queen!” “Go off, girl boss!” “Pussyhat slay!”

Missy (voice of Ayo Edebiri) befriends Natalie and Natalie tells her that when puberty hit, it was as though a monster showed up. Natalie/Gabe at first thought s/he was gay but then realized, though a forum for trans kids, that s/he is transgender. Natalie told Missy that mom was at first freaked out but then she listened to Lady Gaga and realized it was ok. She allowed Gabe to take hormone blockers to transition into Natalie.

Fortunately, that was almost all we saw of Natalie. In Episode three, titled “Poop Madness,” Natalie does appear in a scene with a Canadian boy named Seth (Seth Rogan). Seth kisses Natalie mostly out of curiosity, and then flees, not wanting any of the other guys to know he kissed him/her.

There were a couple of random, throwaway lines that featured the names of politicians. In Episode eight, titled “The Funeral”, Andrew (voice of John Mulaney) goes to his grandfather’s funeral. He is embarrassed when he gets an erection and says his “body is so tense it’s like Joe Biden whispered a dirty joke in my ear.” Then his hormone monster, Maurice, says, “Levee’s gonna burst and George Bush doesn’t care about black people.” Ugh.

It’s too bad but these days, a transgender character is the new requirement in television and online series. Every series must have a trans character to be sufficiently woke, even a show about middle school kids.