Netflix Show: Why Does the President Lie? 'Because He's a Sociopath' 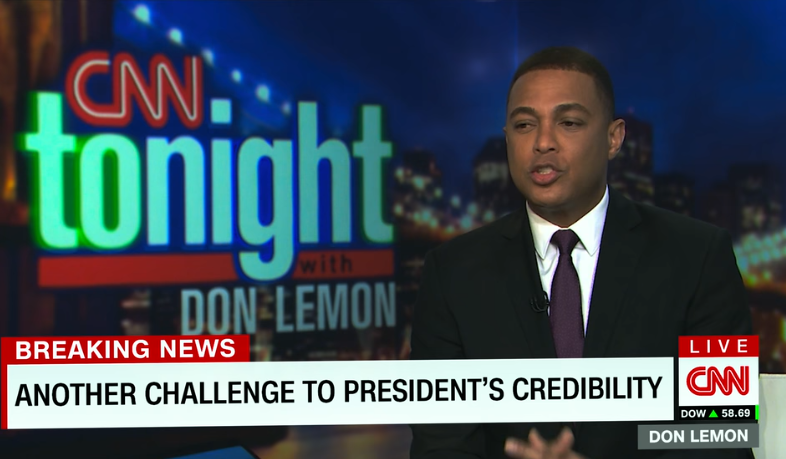 Aging acting coach Sandy Kominsky (Michael Douglas), once a successful actor, and his best friend, his longtime agent Norman Newlander (Alan Arkin), are back in Season Two of Netflix’s The Kominsky Method. Released on October 25, the eight episodes, each one-half hour long, are an easy and enjoyable binge. The only problem is that Chuck Lorre, the Executive Producer, is an openly anti-Trump member of the Hollywood community so there are a few random anti-Republican, anti-Trump remarks.

In the season's first epiosode, titled “Chapter 9: An Actor Forgets,” Sandy has the television on and hears CNN’s Don Lemon ranting, as usual, about President Trump’s lies. Lemon asks, “Why does he do it?” Sandy answers Lemon by saying, “Because he’s a sociopath, Don. Hello?” Muttering to himself, "'Why?' For fuck's sake."

Later in the episode, Sandy learns about his daughter Mindy’s (Sarah Baker) boyfriend. Mandy's hesitant to tell Sandy about him and this makes Sandy worry this means she's dating an actor. When she says she isn't, Sandy says, “Thank God, I would rather see you get involved with a Republican.” She finally reveals there's a large age difference (the boyfriend is 66-years-old and Mindy is 33) which causes Sandy to say, “Jesus Christ, Mindy. What are you shacking up with, Rupert Murdoch?” Ugh.

Thankfully there is only one other political intrusion into an otherwise entertaining series. In the third episode, titled “Chapter 11: An Odd Couple Occurs,” Norman is having dinner with his daughter Phoebe (Lisa Edelstein) and an old flame named Madelyn (Jane Seymour). Phoebe has never met Madelyn before and asks when they first dated. Norman answers, “In 1968. Nixon had just gotten elected president which proved how stupid people can be.”

Message received. Even in an innocent series about the friendship of two aging men dealing with their own mortality, the Trump deranged Hollywood set can’t resist the urge to randomly insert negative political messages against Republicans. How sad, yet predictable.