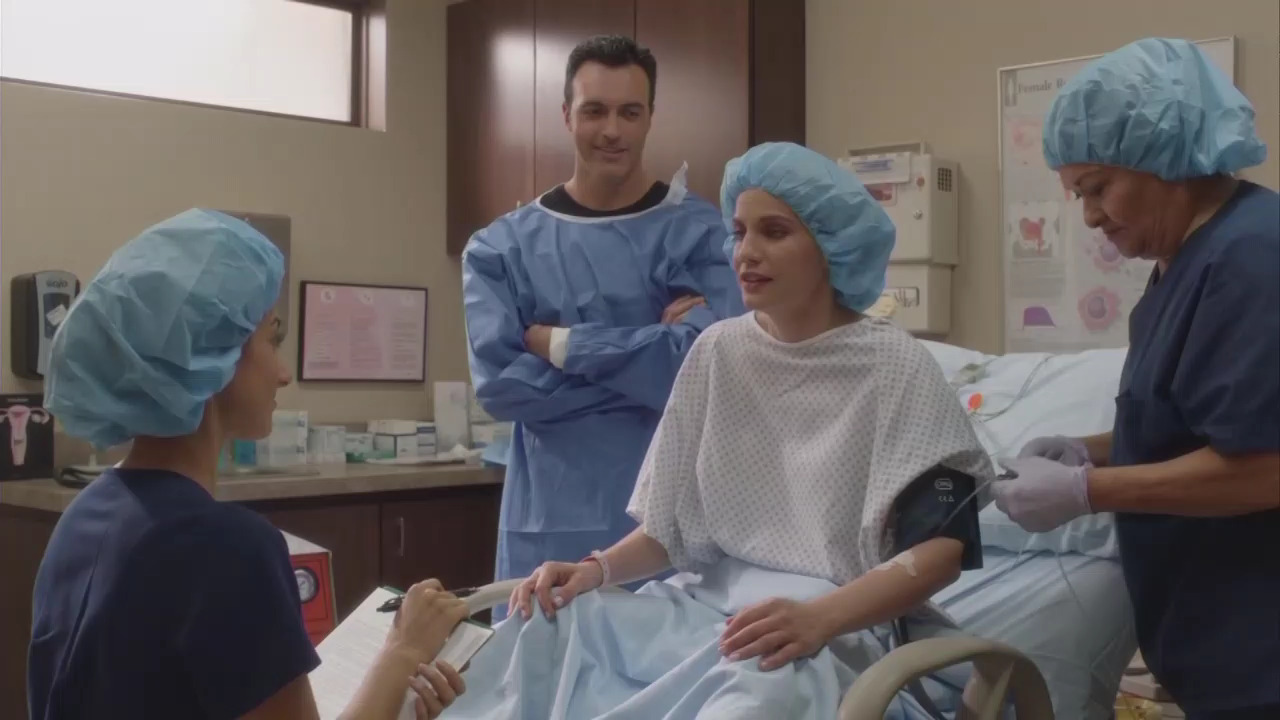 In the April 14 episode of HBO’s Veep, a leading character has an abortion while on the campaign trail in Iowa. All abortions are grotesque and this character’s visit to the abortion clinic was particularly crude.

For a little background, after a brief sexual relationship with a fellow campaign staffer, Amy Brookheimer (Anna Chlumsky), finds herself pregnant. In last week’s episode, she considered going through with the pregnancy and told the baby’s father, Dan Egan (Reid Scott), about it. He initially said he’d support her decision but later told her he couldn’t handle the responsibility. Amy decides to get an abortion.

In this week’s episode titled “Pledge,” Amy’s sister arrives the day before the scheduled abortion to give her a ride and says, “Happy Abortion Eve!” That is disgusting but then the day of the abortion arrives. Dan ends up giving Amy the ride to the clinic because her sister is still drunk from the previous night, which she spent with Dan, by the way.

As they approach the clinic, a crowd of protesters is shown and the disdain for pro-life Iowans is made clear. Dan tells Amy to keep her head down and that he’ll “part the redneck sea.” When one woman yells, “Think of the innocent children!” Amy goes off on her. Her profanity-laced response to the woman was over the top. Amy tells her that she cried and even prayed a little when making her decision.

Dan: Keep your head down, Ames. I'll part the redneck sea. All right, all right, back up. Make some room.

Amy: Oh! You want me to think about the children, you hog-fingering fucks? Well, I did think about this. I considered it, and I cried, and yeah, suck my cock, I even prayed a little, and here I am. So you can back the fuck off, you hypocritical cunts, before I show up to the piss puddle that is your house and protest your husband whacking it to your daughter's seventh grade yearbook. That sign's misspelled. Come on, Dan.

Dan: Yes. Yes. And I hope you'll all caucus for Selina Meyer.

Then Amy and Dan are in the examining room with the abortionist. Amy is in such a rush to get the abortion over with that she brushes aside the option of ultrasound and barking, “Less talk, more abortion!” Dan even asks about a piece of equipment that he recognizes, obviously experienced in this situation.

Abortionist: I do need to warn you about some of the surgical risks involved.

Abortionist: Per Iowa law, I do have to offer you the option of viewing the ultrasound.

Abortionist: Ok. We're gonna give you some medicine now to help you relax.

Dan: Oh, yeah? You got any of those darts they use on rampaging circus animals?

Amy: No need. Everyone's always telling me to relax and I'm not good at relaxing. Well, I don't want to relax 'cause I hate relaxing so...

Dan: There you go, tough guy.

Dan: Is that the Berkeley VC-10? That's like the Shelby Cobra GT of vag-vacs.

Abortionist: I'm sorry, who is this man?

It is as though Amy has to rush the process along before she changes her mind. At the end of the episode, Amy complains she "feels like someone shoved a red-hot pair of barbecue tongs up my joy trail" and begins to ask Dan if she made a mistake. Before she can finish she is interrupted by an incoming phone call from a campaign looking to hire her. She tells them, "You are in luck, because my schedule just got scraped clean."

Each episode of this show's final season includes vulgar language and liberal agendas. This random abortion and the quick treatment of it is particularly unfortunate. Human life was taken because the parents didn’t want the responsibility of raising a child. How sad.