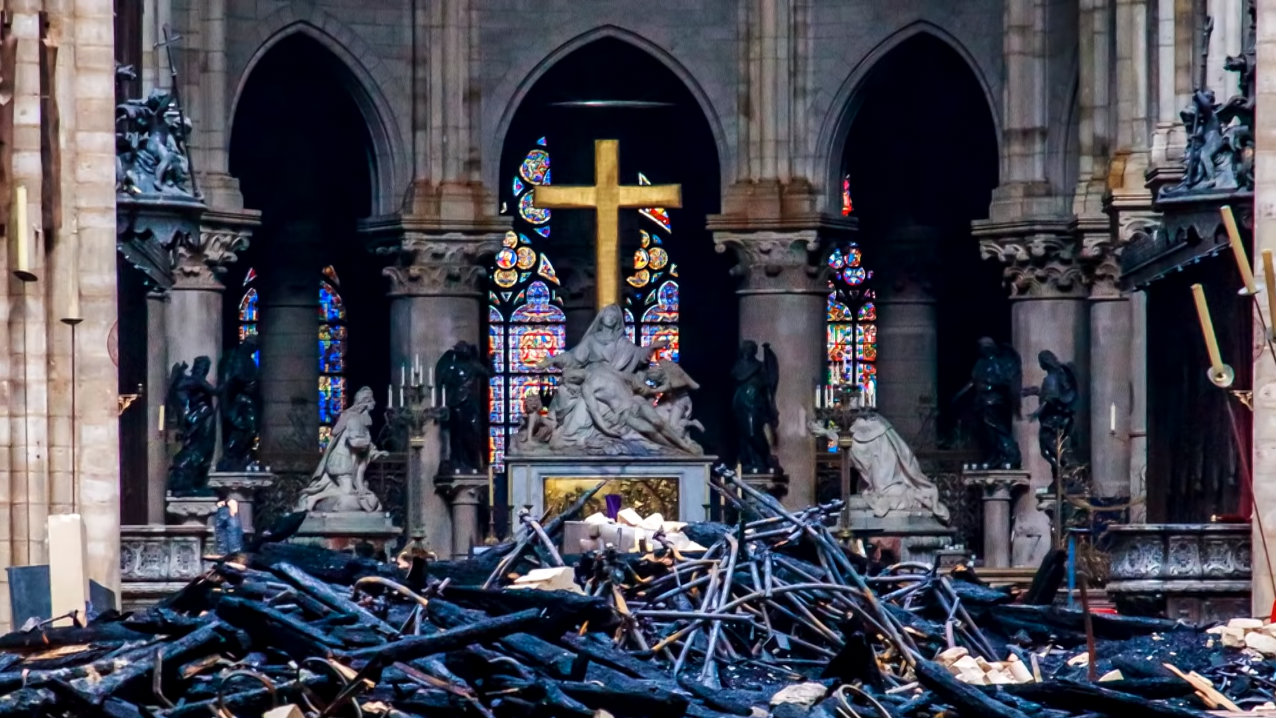 The tweet was posted by Kristen Hodge -- a 23-year-old girl with barely six thousand followers. Hodge was swamped by a mob of Twitter verified accounts that beat her follower count by a hundred fold.

You can’t be a Christian and think these are okay and/or are not sins:

People c’mon. God loves everyone but not everyone will go to Heaven!

Koh Mochizuki -- the author of the GeorgeTakei.com article -- was left aghast by this list. Mochizuki derided Hodge’s Christian beliefs as “outdated views on religion” and praised the “many sects of Christianity” that embrace the LGBTQ community. Mochizuki asserted that Hodges tweet “has nothing to do with the teachings found in the New Testament.”

Despite the many times immorality is mentioned in the Bible, liberals on Twitter were shocked that Christians believe in sins.

Potty-mouthed Tony Posnanski was especially offended by Saint Paul’s condemnation of profanity. For every five words in Posnanski’s reply, one was a curse word. Posnanski politely asked Hodge to “eat shit” for “disrespecting the LGBTQ community” and promised his followers a round of drinks in hell. 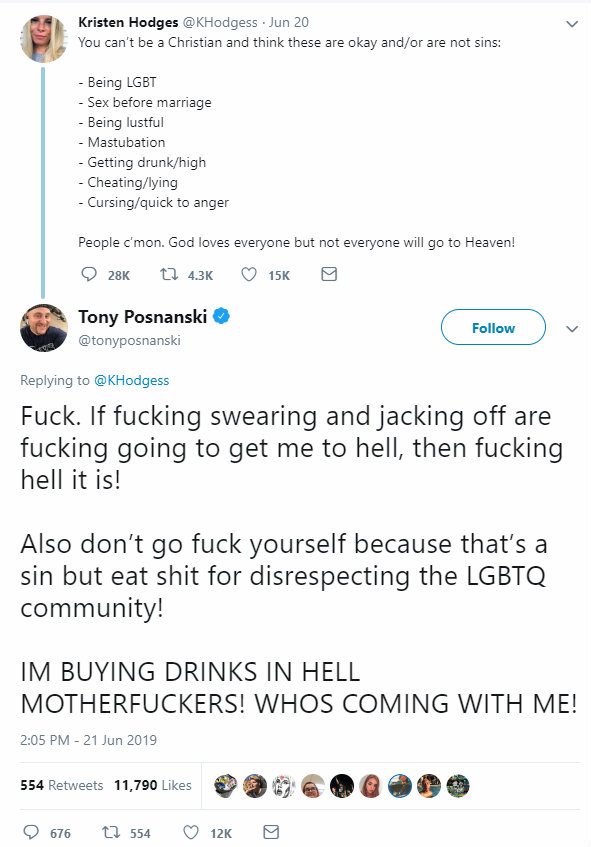 Many of these resentful tweeters stated that they preferred to go to hell anyway. One video game developer tweeted, “Hell sounds nice. All the cool kids in one big ass melting pot. If it was real I’d rather go there.” Another user tweeted, “If hell exists, I bet it’s a party.”

The disdain for basic Christian beliefs speaks for itself.