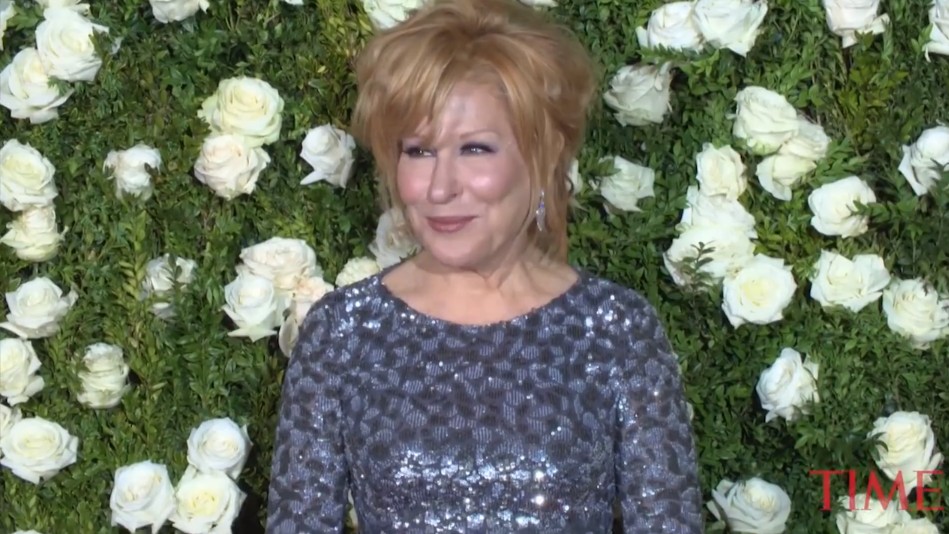 As if there weren’t enough liberals running for president, CNN senior editor Amanda Katz pulled another name out of the hat. Yesterday evening, Katz tweeted “Realistically, Bette Midler could never win the primary, but if she went head to head with Trump in the general he wouldn’t stand a chance.”

Katz’s claim was posted a day after Midler tweeted a fake quote of Trump calling Republicans “the dumbest group of voters in the country.” Midler later apologized for sharing the debunked quote. However, Midler’s apology made her look a little too sane for her liking, so she proceeded to fume over Trump’s tuxedo.

The award-winning singer and actress unfortunately suffers from the late stages of Trump Derangement Syndrome. Following the President’s pro-life State of the Union Address in Feburary, Midler tweeted “Buy stock in coat hangers! Here we go, 60 years, back to the back alleys!” The next month, she tweeted that Trump had “caused depression, despair, confusion and death.” Last night she tweeted “Donald, if you’re reading this you SHOULD NOT slam your dick in a door!” All of these are potential campaign slogans.

In the past, even Midler’s liberal media friends have turned against her for her crude tweets. During the Kavanaugh hearings last October, the former Hocus Pocus star found herself in hot water when she tweeted

‘Women, are the n-word of the world.’ Raped, beaten, enslaved, married off, worked like dumb animals; denied education and inheritance; enduring the pain and danger of childbirth and life IN SILENCE for THOUSANDS of years. They are the most disrespected creatures on earth.

The tweet received over 3,000 retweets before being deleted. Midler later issued an apology.

Midler’s fake quote drew the ire of Trump as media outlets rushed to Midler’s defense. Many headlines claimed that Trump unjustifiably “attacked”, “bashed”, or “ripped” Midler for her spread of misinformation. The President’s tweet read

Washed up psycho @BetteMidler was forced to apologize for a statement she attributed to me that turned out to be totally fabricated by her in order to make “your great president” look really bad. She got caught, just like the Fake News Media gets caught. A sick scammer!