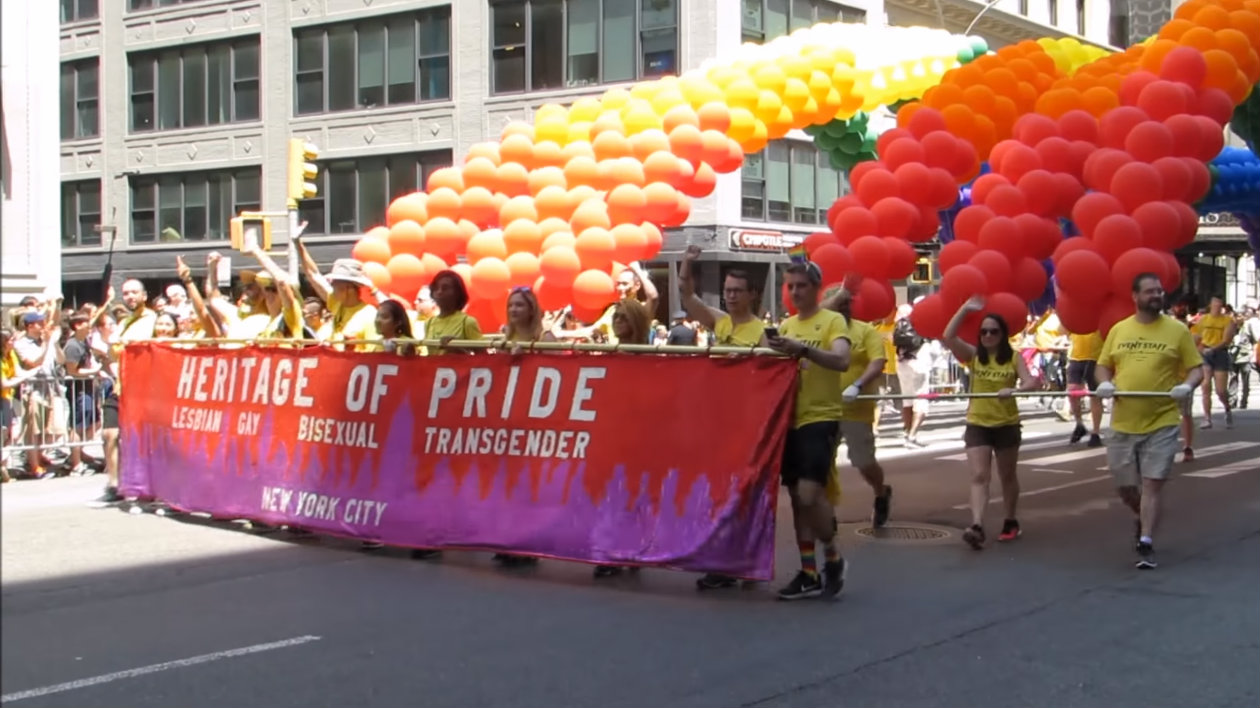 June is officially “LGBTQ Pride Month”, and the media, Hollywood, and big corporations are loud and proud about it. However, not everyone is celebrating. On Saturday, Rhode Island Bishop Thomas Tobin tweeted a warning to Catholics that the LGBTQ “Pride Month” “encourage activities that are contrary to Catholic faith and morals,” urging Catholics to avoid supporting such events.

A reminder that Catholics should not support or attend LGBTQ ‘Pride Month’ events held in June. They promote a culture and encourage activities that are contrary to Catholic faith and morals. They are especially harmful for children.

That last sentence is obvious to anyone who’s ever seen what goes on at many “Pride” events. And the tweet was not out of line with Catholic teaching. The Catechism of the Catholic Church, the summary of the Church’s teachings, asserts that homosexual acts are sinful, i.e. “contrary to Catholic faith and morals.” Bishop Tobin was not spreading heresy, yet liberals (the tweet drew 86,000 responses) and their media pals wanted to burn him at the stake.

ABC News political analyst Matthew Dowd replied to the tweet, saying “I would trust my four kids more at a pride parade than in a Catholic Church.” Of course, this in reference to the Church’s child sexual abuse crisis. Actress Mia Farrow pointed out the supposed “hypocrisy” of the Bishop’s tweet, saying “Ignore this hate-filled hypocrite. His mind set leads only to suffering. He brings to mind those priests who molested my brothers.” (Or the non-Catholic husband who molested your daughter?) Many others also accused the bishop of hypocrisy, including actress Rosanna Arquette, Pennsylvania State Representative Brian Sims, and tennis player Martina Navratilova.

Ironically, by using the sexual abuse scandal as a cudgel against the Bishop, these social justice crusaders bring up an uncomfortable truth. Commissioned by the U.S. Conference of Catholic Bishops, the John Jay College of Criminal Justice released a study that found that out of the 10,287 alleged victims of clerical sexual abuse, 69.4% were adolescent boys. The New York Times has asserted that “gay men probably make up at least 30 to 40 percent of the American Catholic clergy, according to dozens of estimates from gay priests themselves and researchers. Some priests say the number is closer to 75 percent.”

The sexual abuse scandal not only reflects appallingly onto the Church, it also conveys an implication that is harmful to the LGBT community. Displaying an obvious double standard, the media readily defends homosexuals from accusations of pedophilia, arguing that the actions of a few do not define the whole. But for the Catholic Church, a few bad apples do in fact spoil the bunch.

Much of the media focused on the “backlash” that Bishop Tobin faced. One ABC News headline reads “Bishops faces backlash after tweet about Pride Month”, another Boston Globe headline partly states “R.I. bishop’s tweet outrages LGBTQ community.” To address this, the bishop released a statement to his diocese on Sunday saying “I regret that my comments yesterday about Pride Month have turned out to be so controversial in our community, and offensive to some, especially the gay community.”

Still, the bishop defended the tweet, insisting that it was his obligation “to teach the faith, clearly and compassionately, even on very difficult and sensitive issues.”Luckily, there are still good apples. The bishop stated “I also acknowledge and appreciate the widespread support I have received on this matter.”--a fact largely ignored by the media. One tweet from a fellow priest reads

The Apostles were not silenced by the sin of Judas. All but one gave their lives for the sake of the Truth of Jesus Christ. His Excellency, Bishop Thomas Tobin has the courageous heart of the first Bishops. I stand with you, Your Excellency!