You’ve Got To Be Kidding! Rapinoe Tapped For Presidential Medal of Freedom

The Presidential Medal of Freedom has lost much of its meaning with the presentation of the award to woke soccer player Megan Rapinoe. The hardcore leftist and national anthem kneeler is one of 17 new recipients who will receive the nation’s highest civilian honor this Thursday.

Rapinoe’s notoriety has little if anything to do with freedom, and plenty to do with loudly advocating for rights that deprive others of freedom. For instance, she supports abortion rights for women that result in the deaths of preborn children who are denied their liberty. She advocates for men to participate on women’s athletic teams, robbing females of their birthright. 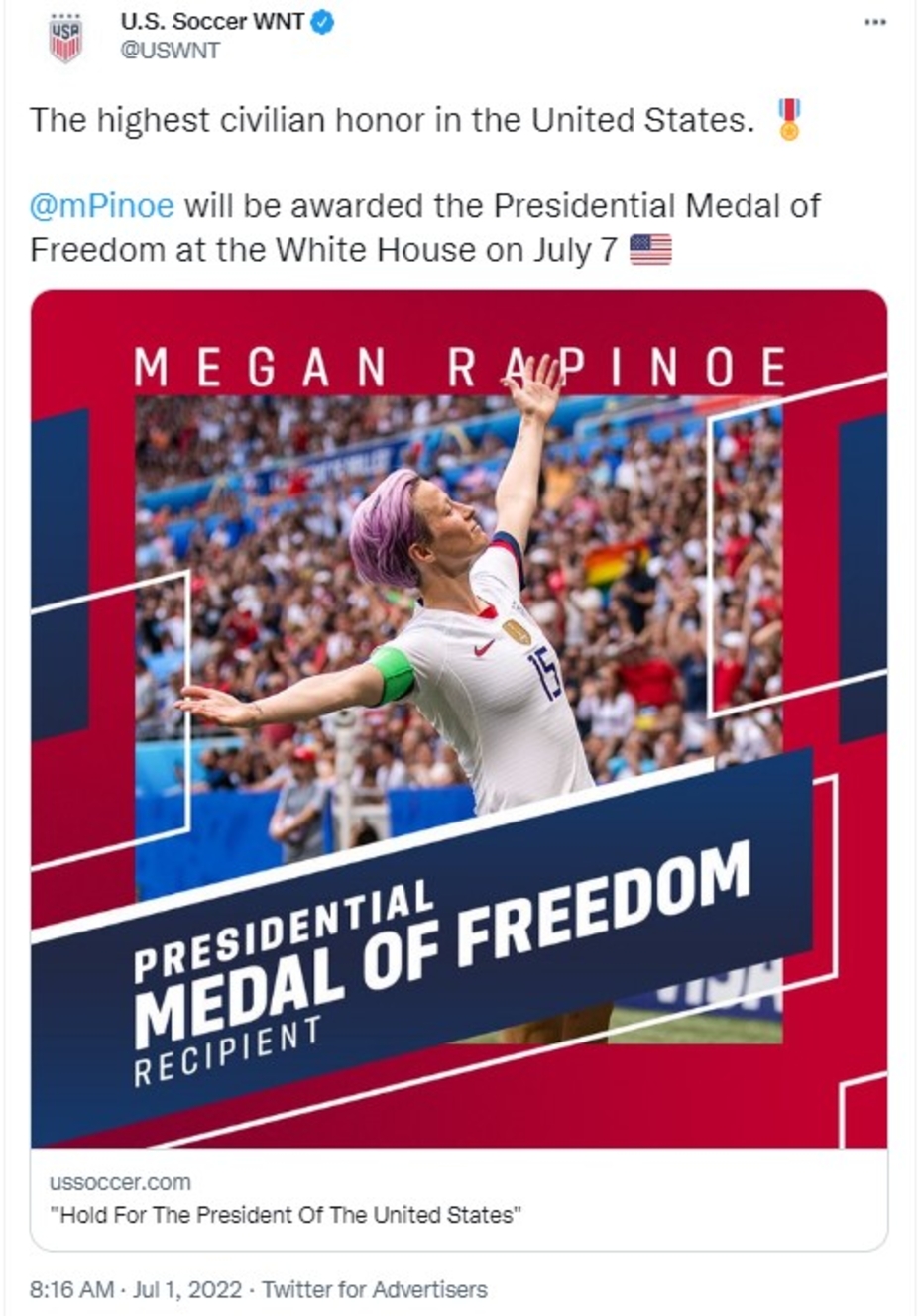 Not said: we should be talking about women’s freedom to compete on their own teams and terms with a level playing field that Rapinoe wants to deny.

A statement by the White House mistakenly claims the freedom medal is about the “power of possibilities” that “embody the soul of the nation.” Neither of which Rapinoe has achieved.

Furthermore, the White House stated its recipients have made exemplary “contributions to the prosperity, values, or security of the United States, world peace, or other significant societal, public or private endeavors.” Rapinoe has contributed to world peace? Get real, President Biden. This is a bit much to digest because it’s such a farce.

The White House statement also admitted Rapinoe is receiving the honor because she is “a prominent advocate for gender pay equality, racial justice, and LGBTQI+ rights.”

Rapinoe called the award “a validation of all the things that I’ve stood for, not a validation of me. My playing career has given me the opportunity to talk about all of these things that really, truly do matter. It’s about validating this push for equality and rights and freedoms for everyone.”

Rapinoe was the first white female athlete to kneel during a playing of the national anthem, prior to a 2016 U.S.A. women’s match vs. Thailand. A big fan of Colin Kaepernick, who started the despicable act, she called it a “big F-you" to President Donald Trump.

Not surprisingly, a February poll found that only 25 percent of respondents had a favorable rating of Rapinoe. Nevertheless, her medal of freedom selection helps steer LGBT voters Biden's way.