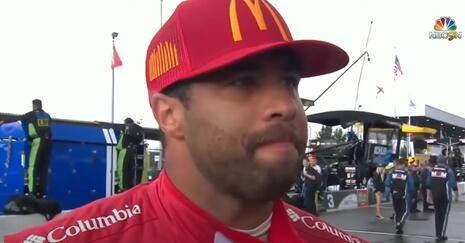 It’s 2020 and déjà vu all over again. Athletes misled by President Joe Biden and corrupt left-stream media are once again overdosing on white supremacy Kool-Aid.  False narratives over the Kyle Rittenhouse verdict are pushing them over the edge, just as the Jacob Blake incident did a year ago.

Based on their rhetoric, it's not a stretch to think they would have preferred the judge and jury have executed an innocent white man.

The President and media had referred to the defendant as a "white supremacist" -- fueling outrage on the Left and leading many to mistakenly believe those he shot were black.

Yahoo Sports reported that many of the athletes who boycotted professional games last year after the Jacob Blake shooting are lashing out at Rittenhouse and the verdict. No wonder. Yahoo’s Cassandra Negley framed her story as Rittenhouse shooting at demonstrators during last year’s riots in Kenosha, Wisconsin. The jury saw all the evidence, acquitting Rittenhouse of all charges of wrongdoing.

NASCAR Cup Series driver Bubba Wallace, who once claimed a garage door opening rope was a noose intended as a threat because of his race, tweeted the common theme that Rittenhouse was acquitted because he’s white: “Ha, let the boy be black and it would’ve been life…hell he would’ve had his life taken before the bullshit trial.. sad”.

Isaiah Thomas, a member of the 1990s Detroit Pistons “Bad Boys” NBA championship team, vented rage at the judge who presided over the Rittenhouse trial:

“Not like that but like that you can be white and get away with anything!!! I’m scared for my life and my kids [sic] life.. But African Americans is [sic] locked up for life for shit they didn’t do!!! Damnit [sic] man!!!!What about those peoples [sic] families?? No justice for anything? Fuck that judge”

WNBA players slapped the race card down hard on the table, too.

Los Angeles Sparks forward and ESPN analyst Chiney Ogwumike tweeted an implication that the U.S. justice system is based on race.

“I bet the judge will be the first to take Kyle Rittenhouse for dinner to celebrate all that he’s accomplished this past year … insane how much our judicial system varies based on physical traits of the defendant. Disappointed but not surprised”.

Not that black basketball players are looking at anyone’s skin color. Turner also blasted the “All Lives Matter” crowd over the verdict.

Former Heisman Trophy-winning quarterback Robert Griffin III wrote, “Kyle Rittenhouse can kill without a sliver of doubt & walk free but Julius Jones is in jail for life without the chance for parole after being on death row for 20 years with all types of doubt in his case. What is Justice? God help us.”

Jones received clemency Friday from Oklahoma Gov. Keith Stitt (R) four hours before he was scheduled to be executed for a murder conviction.

Former Atlanta Falcons all-pro wide receiver Roddy White wrote, “Every time American [sic] gets a chance to do the right  thing it never does. This is the guy that will one day become law enforcement and will go on to kill more people because he knows he can get away with it. America continues to do this to us every chance it gets.”

In tweets that now appear to have been deleted, J.R. Smith, the former NBA player, actually said, “You can literally have random white people, as well as police, kill a unarmed black person/people and still get away with it," concluding the verdict is proof that “the systems [sic] plan” is to “normalize killing blacks as much as possible.”

By now, you get the sordid picture. The athletes’ mood is ugly, and it’s not hard to understand given the left-stream media’s pathetic coverage of the Rittenhouse trial that only inflamed the Left.