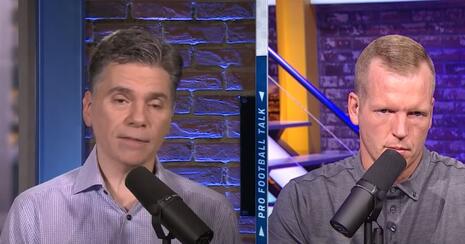 Mike Florio, the “limousine liberal” host of NBC Pro Football Talk, and Howard Stern just can’t hide their hatred for Green Bay quarterback Aaron Rodgers. They’re so obsessed with Rodgers that it’s ridiculous. Florio said Rodgers can’t handle criticism, but he flew off the handle when he was questioned about his obsession with him.

In addition to the NBC blast winds he’s repeatedly directed at Rodgers, Florio tweeted about the Packers quarterback 78 times recently. Much of Florio’s scorn for Rodgers concerns claims that he self-inflicted his problems and there’s no woke mob attacking him. When a distinguished former NFL team executive noted that number on Twitter, the incensed Florio blocked him. The childish Stern said that Rodgers infuriated him so much that it ruined his weekend.

Many members of the media roasted Rodgers for using an immunization in hopes of getting a COVID-19 vaccination pass from the NFL. It was a homeopathic immunization treatment that boosts antibody levels. Doing one’s own thing, doing one’s own research on countering COVID-19 is this year’s version of the 2020 no-no “all lives matter.” At least to rabid left-wing media lemmings.

After Florio (seen at left in photo, with Chris Simms) tweeted about Rodgers Sunday, Gil Brandt listed the number “78” in a rebuttal. Brandt was the vice-president of player personnel for the Dallas Cowboys from 1960 to 1989 and is also a member of the Pro Football Hall of Fame. 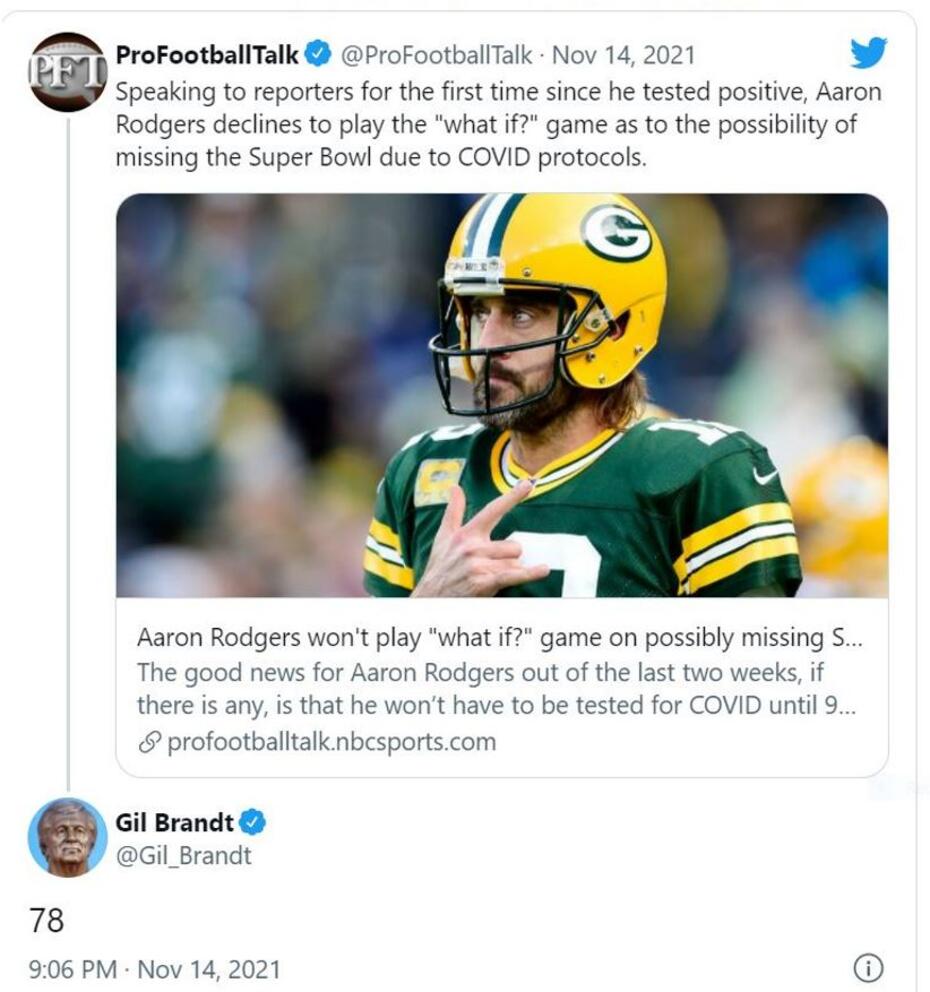 The hot-headed Florio responded, “Hey Andy should we just ignore the news? What’s your point Andy?”

Brandt tried to respond by writing: “After observing pft’s obsessiveness with @AaronRodgers12, which Sunday night stood at 78 tweets since the Rodgers covid news first broke (not a single one showing concern for the QB’s health), someone got a little sensitive.”

This simple statement by Brandt was met with a message that Pro Football Talk had blocked him.

Florio had previously called Rodgers a big fat liar who ran a “scam.” Florio also dinged Rodgers for not being able to withstand criticism, though he needs to look in the mirror when making such a charge. With good reason, Jason Whitlock previously called Florio a “limousine liberal” and an “SJW.”

Stern recently suggested that Rodgers might have CTE, brain damage. He also said the 2020 NFL Most Valuable Player should be kicked out of football.:

Brandt was certainly right when he noted Florio’s lack of concern for the health of a COVID-19 sufferer. So much for the Left’s often-hollow claims of care and compassion for people.