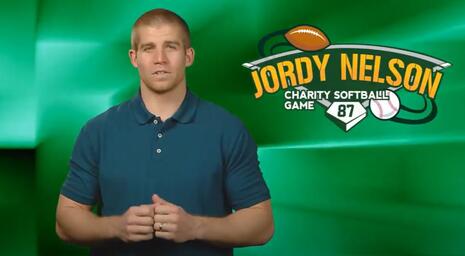 Nelson used to catch touchdown passes at Kansas State and, as a pro, from the Green Bay Packers’ Aaron Rodgers. Now retired from football, he’s allowed his past softball fundraisers in Wisconsin to give money to Young Life. However, now that LGBT activists have poisoned him against Young Life, the charity pipeline has been shut down. Youtube features a 2014 video verifying the past years of support.

The K-State Football Walk-On Scholarship received donations raised at Sunday’s softball and home run derby benefit. Young Life was cut out of the benefit’s take because it’s a Christian youth group that prohibits LGBT people from taking leadership positions — unless they are celibate. SB Nation Outsports reports Young Life’s biblical standards as if they were a dirty little secret that only leaked out last summer.

K-State listened to the protests from LGBT activists, wrote Alex Reimer of Outsports. “The school confirmed to Outsports that Young Life will no longer receive proceeds from the softball game. Funds will now be split between the Jordy Nelson Greater Community Foundation and K-State Athletics.”

Once the LGBT activists started raising a ruckus about Young Life, the public university ditched the Christian ministry and started virtue signaling for the LGBT folks. Kenny Lannou, the school’s executive associate athletics director for communications, said: “K-State Athletics is committed to creating and maintaining an environment that embraces and celebrates diversity, while intentionally promoting and practicing inclusion.”

Lannou pointed out that K-State ordered rainbow-themed t-shirts and merchandise to please its LGBT friends, too.

Young Life is a Christ-centered ministry that presents the good news of the Gospel to kids, helping them grow in their faith so they can serve the Lord. Its volunteer leaders work in communities to provide adventurous, life-changing experiences.

Started in 1941 by a Presbyterian pastor, Young Life has more than 8,000 school chapters, an average weekly attendance of more than 300,000 students and more than 60,000 volunteers. Young Life regards homosexuality as a lifestyle that is "clearly not in accord with God's creation purposes".

Rodgers, Nelson and singer Stevie Nicks are among Young Life's most famous past participants.