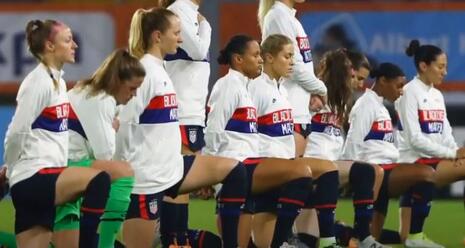 The game itself was definitely a sidelight to the excess activism, chronicled by Deadspin writers Jesse Spector and Rich O'Malley.

All U.S. starters other than Julie Ertz and Kelley O’Hara -- nine of 11 in all -- took a knee during the playing of the Star Spangled Banner. Every member of the team wore a Black Lives Matter warm-up jacket rather than display "USA." And that wasn't enough of an international embarrassment.

Team "BLM" also released a video statement explaining how personal their mission is:

“Today, we wear Black Lives Matter to affirm human decency. We protest against racial injustice and police brutality against Black people. We protest against the racist infrastructures that do not provide equal opportunity for Black and brown people to fulfill their dreams, including playing on this team.” 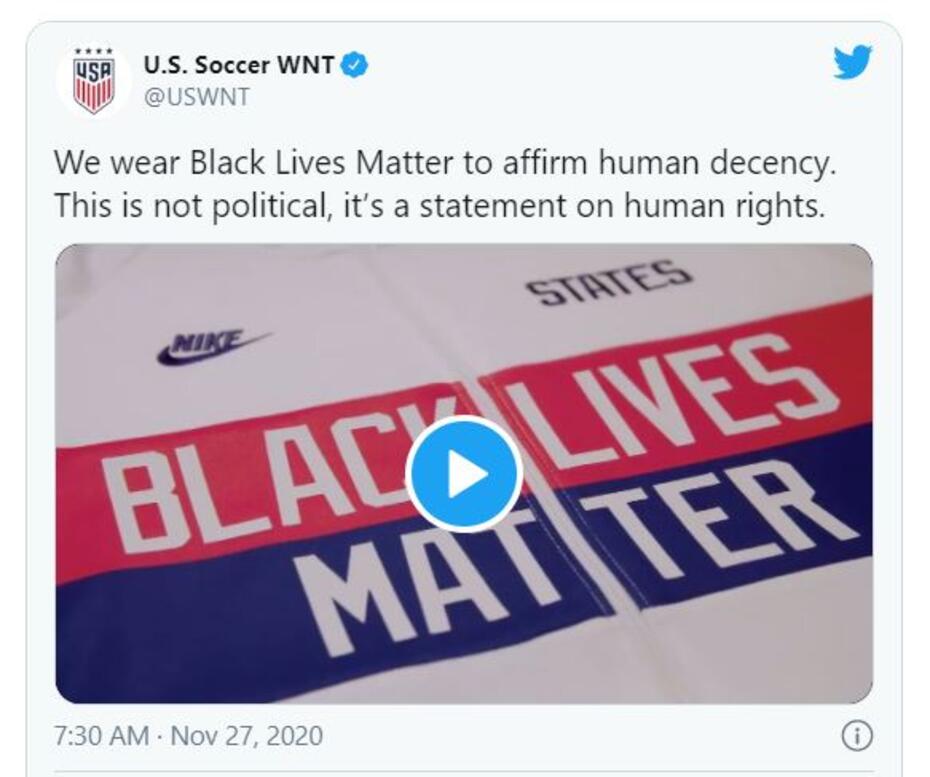 The Deadspin writers commented that "The statement was not exactly a surprise, given the team’s history of being unable to locate fucks to give about the U.S. Soccer Federation’s 2016 ban on kneeling, a woefully shortsighted and myopic policy that was lifted this summer. The ban was in response to Megan Rapinoe becoming one of the first athletes to join Colin Kaepernick’s original protest against police brutality."

The politically correct and cowardly U.S. Soccer Federation had previously required national team members to stand and to refrain from protesting in any way during "The Star-Spangled Banner." Not anymore, though, now that U.S. Soccer has taken its craven place alongside all the major sports leagues in alliance with the BLM Marxists.

Spector and O'Malley also noted that the match between the Americans and the Dutch, who played each other for the 2019 World Cup championship, was the first game for the USWNT since the horrific killings of George Floyd and Breonna Taylor and the sports protests that ensued after those events.

So now the media is tying sports to the timelines of controversial interactions between police officers and African Americans.

By the way, Friday was not the first time this American national team refused to display its U.S. identity. Months ago, team members wore their warm-up jerseys inside out as a protest against U.S. Soccer over demands for equal pay.

Rapinoe must be very proud of her rebellious pals, even though they weren't political on Friday.