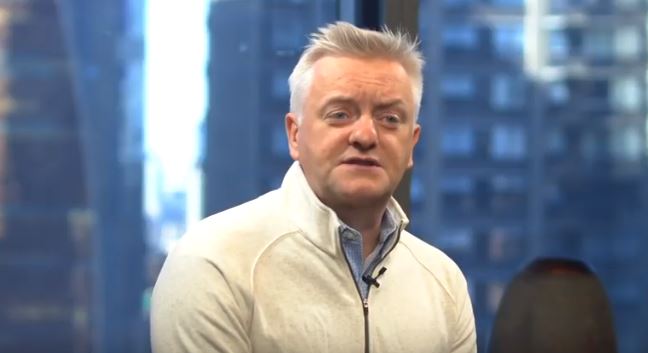 Finishing Pride Month Sunday with one last hurrah for the LGBT cause, USA Today sports switched its days-long focus from lesbian soccer player Megan Rapinoe of the U.S. national women's team to a call for more gays in men's golf. The newspaper's website has obsessed on Rapinoe during the ongoing World Cup, but gave prime internet real estate to gay golf writer Eamon Lynch in Sunday's edition.

"The familiar rap against golf is that expressions of diversity in our game are limited to wearing unconventional shades of khaki, that it’s a buttoned-up, hidebound world that stubbornly remains the preserve of white, male, affluent, conservative, Christian, heterosexual, country club Republicans with woeful fashion sense."

Pro golf's long-term health and economy demand a more diverse audience, says the columnist and would-be identity politics promoter. Lynch said the PGA has been slow to get on board with Pride Month, and even Pride Month recognition of gay players isn't sufficient.

"Signs of a more progressive understanding of who plays golf aren’t limited to Pride Month," Lynch writes. He noted that last year, Tadd Fujikawa was the first male golfer of prominence to announce he's gay. The PGA reported this on social media with "sober detachment," but the U.S. Golf Association crowed about it:

“The best thing about golf is that it welcomes everyone to play, and play for a lifetime. Thanks, Tadd Fujikawa, for reminding us that our love of the game unites us all. Your bravery is an inspiration.”

Women's pro sports have a strong lesbian presence, and the Ladies Professional Golf Association, according to Lynch, "has long been a welcoming ward for lesbians, but gay men are entirely invisible on the PGA Tour and only slightly less so in the broader golf universe. Invisible, but not non-existent."

Lynch assumes there are homosexuals on the PGA tour who choose to remain in the closet, "but it’s not an approach I mirror. The only thing I care to hide in golf is my wretched swing, not the fact that I am gay."

Though he predicts people will yawn when a well-known golfer announces he's gay, Lynch expects others "will glance at this epistle and frothily demand that liberal propaganda be kept out of golf, though experience unfailingly shows such people object only when the views being expressed contradict their own."

The two groups of people Lynch cheerfully ignores are those who insist that golf is "a narrow, intolerant world, and those who wish it were."