This is probably obvious advice by now, but no one, and we mean NO ONE, should be modeling their parenting skills off of Hollywood celebrities. 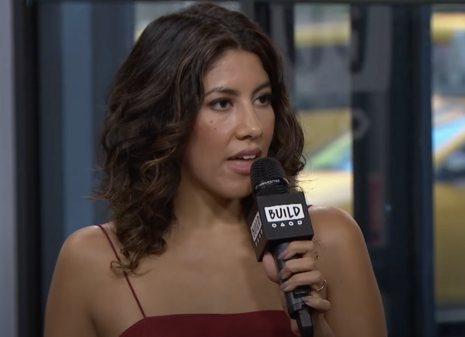 As part of their “Pride Month” edition, People Magazine interviewed bisexual Brooklyn Nine-Nine actress Stephanie Beatriz about her heterosexual marriage and being pregnant. And, as it seems to be all the rage these days, the piece spent a beat on how Beatriz will be grooming her new baby with LGBTQ propaganda as soon as possible.

That sounds swell, doesn’t it? Hollywood and the media seems to be going all in with scandalizing children right out of the cradle.

The 40-year-old actress has an unconventional sexuality herself. She came out as a bisexual in college and that bit of sexual expression provided some of the context as to why she’s so willing to confuse her child. People did seem enamored that someone of her sexual persuasion could actually settle into a monogamous relationship with a man, her husband Brad.

When prompted about how such a sexual trailblazer could end up in such a traditional marital scenario with a kid, Beatriz told the magazine she never imagined it could happen. “I didn't think that a committed partnership was really for me," she said, adding, "I couldn't really see kids. It wasn't that I was closed off to it. It was more that I couldn't quite see how a baby fit into the life that I was building."

And since Beatriz is all about keeping her unorthodox sexual persuasion alive for posterity, she then explained how she will be taking her baby to "Pride" marches to keep the flame alive.

“I’m excited to take our kid to Pride someday,” the actress exclaimed. “I am so excited for our kid to experience all of the love that our extended friend group are ready to shower on this kid.”

Beatriz explained, “Many of our friends identify as LGBTQIA so I’m just really thrilled that we’re going to add another person to the world that is going to be ready to embrace everyone with open arms.” Here we go with the early indoctrination of children into the immoral sexual milieu. It’s one thing for a consenting adult to choose these things, but for a kid who has no real concept of sexuality at a young age to be thrown into it is depraved.

But that doesn’t stop Hollywood and other forms of media. Recently DisneyPlus announced that they’d be bringing a sexually diverse reboot of The Proud Family to child audiences on their platform, and Nick Jr. favorite Blues Clues featured its own “Pride March” to induce feelings of equality among youngsters. Even Kellogg’s brand cereals are now putting LGBTQ crap on their sugary breakfast products.

We need to get back to a time when we considered this type of thing grooming.