You know you live in a healthy society when its “elite” journalists demand even more dead bodies than those being produced by a pandemic. 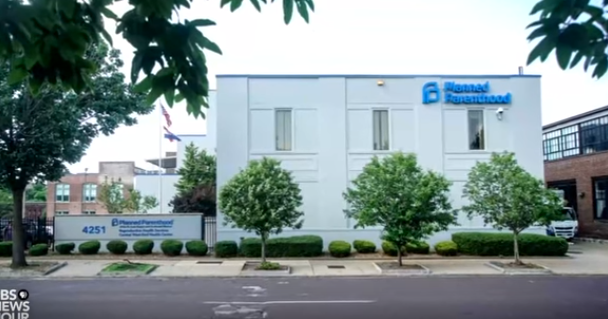 That’s precisely what the New York Times editorial board asked for in their recent piece that called for even “more” abortions during the coronavirus outbreak. Imagine that; even as normal life has been interrupted all around us, lefties need abortion mills to be one of the few constant and sure things still operating.

In the shocking op-ed titled “Make Abortion More Available During the Pandemic — Not Less,” the New York Times attacked the fact that some leaders -- especially those on the local level -- have deemed the child-killing facilities “non-essential” and thus ordered to suspend their functions.

“In recent days, leaders in several states — including Texas, Ohio and Louisiana — have pushed to close abortion clinics or severely curtail access, arguing that abortion is a nonessential procedure that ought to be delayed,” the editorial board wrote.

Of course, that’s ignorant, the piece asserts, writing that since the “American College of Obstetricians and Gynecologists” says so. The group of pro-abortion physicians composed a joint statement which read, “Abortion is an essential component of comprehensive health care. It is also a time-sensitive service … The consequences of being unable to obtain an abortion profoundly impact a person’s life, health and well-being.”

Ah, yes, killing kids is as essential as the ER doctor saving lives. This is just a dark Orwellian leftist game. The notion that someone wanting an abortion (A CHOICE) is an equal emergency to someone’s imminent death from coronavirus or a heart attack is not convincing.

The op-ed revealed their real fear which is that once abortion clinics are temporarily shut they tend not to open back up. “These state leaders know that once an abortion clinic closes for any significant period, it becomes difficult to reopen,” the Times reported. They cited the example of the 2013 Texas law that closed down several clinics. Even though the Supreme Court struck down that law, years later, those closed clinics couldn’t find the resources to become “operational” again.

Oh, now we see the concern. Too bad.

Of course, the editorial board then resorted to even cheaper arguments, like the one claiming, “unintended pregnancies could rise as a result of people being stuck in their homes, potentially without consistent access to birth control.” Interesting. Yes, we hear it time and time again, abstinence is never realistic. And even if abortion mills were deemed non-essential in this pandemic people wouldn’t be smart about it, huh? No, they’d say conservatives forced them into dangerous self-abortions.

The rest of the piece was an appeal to allow pill-induced abortions by mail or telemedicine in the event that people can’t leave their homes, and that the government should provide easier access to birth control, something the Trump administration supposedly made harder to get when they “obliterated” Title X. Oh, really?

Let us remind the New York Times that Planned Parenthood (which services 40% of the nation’s Title X recipients) had been violating Title X provisions for years by attaching abortion procedures to women’s healthcare facilities in low-income neighborhoods. So, it’s on them, and other abortion mills, that they have less government-subsidized contraceptive supplies.