Our democracy is dying: Russia/Ukrainegate has floundered and legal abortion may not be long for this world. In this dire time for progressives, a disgusting pro-abortion art installation must give them comfort. 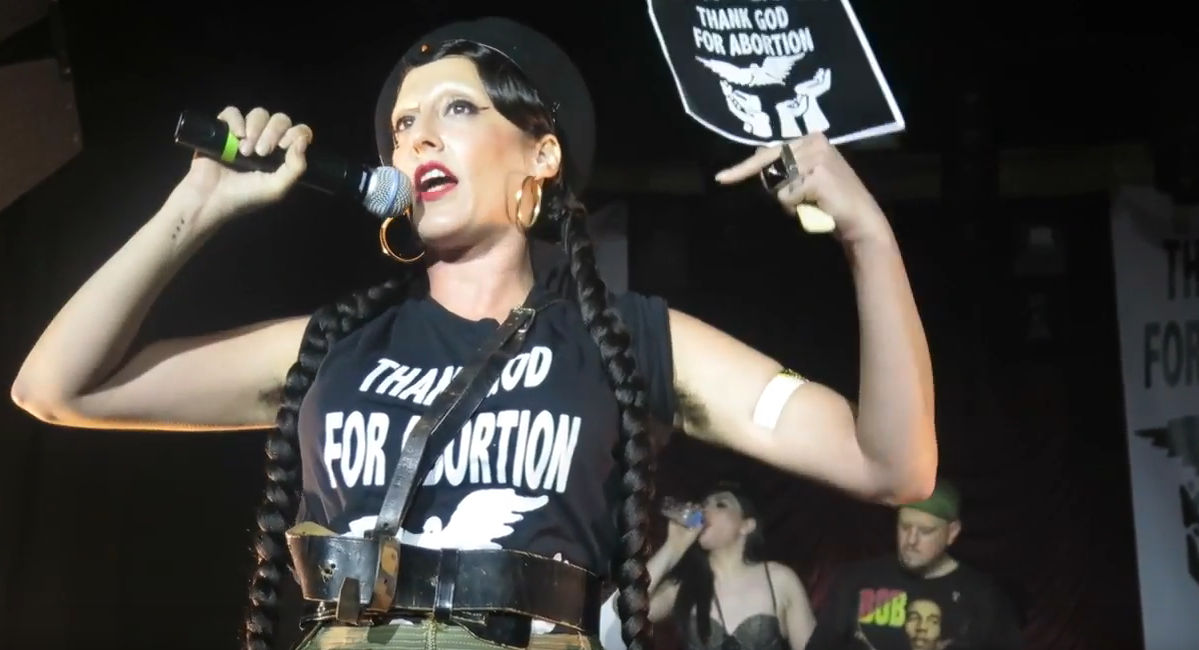 The Guardian and Bloomberg News praised the latest abomination in modern art as a necessary balm to the country’s anti-abortion “stigma” and a great way to “raise funds” for the child-killing procedure.

The Guardian described “Abortion is Normal: An Emergency Art Show” as an “ambitious, multi-disciplinary” diplay “meant to create ‘an inclusive and empathetic entry point’ into the conversation, dismantling the stigma surrounding abortion, and working as an urgent call to action.”

Don’t ever let them tell you they care about making baby-killing “safe, legal and rare.” They want it about as commonplace as using a toaster oven.

As the outlet explained, the “two-part exhibition” was co-curated by Jasmine Wahi and Rebecca Pauline Jampol and features works from a diverse group of artists “addressing a variety of reproductive rights issues.” “We have people of all gender identities between the two spaces,” Wahi claimed, because having a trans woman sign off on abortion is just as important as the procedure itself.

Also, proceeds dragged in by the macabre art go to Planned Parenthood and lefty activist group Downtown for Democracy

Of course, per the usual reproductive “art” of intersectional pro-abort feminists, most of the pieces in the collection ranged from tone-deaf to depraved. One of the pieces consisted of a collection of T-shirts depicting the Holy Spirit in the form of a dove with text reading, “Thank God for Abortion,” and another was “a menagerie of vials and bottles containing blood meant to act as a totem for the sacredness of the human body.”

The Guardian’s current impression is that “the US political discourse on reproductive rights is already at a crossroads.” Downtown For Democracy member Gina Nanni complained that “there are those chipping away at reproductive rights and they never stop,” and the U.K. outlet affirmed that the “refreshingly grassroots” installation addresses the “immediacy” of that problem.

Bloomberg News’ video platform “Quicktake” did a story on the exhibit on Jan. 14, claiming it “wants to spark conversation about women’s reproductive rights in the U.S.” Sure, nothing denotes “conversation” like T-shirts that read, “Thank God for Abortion.” The video also included Wahi’s claim that the “obvious” mission of the exhibit is “to fight and ensure that our reproductive rights are maintained.”

Bloomberg repeated the dire stakes: “Since January 2019, 58 abortion restrictions passed in the U.S. And 25 new abortion bans were signed into law. The state of Alabama banned abortions at any point in pregnancy sparking a wave of protests across the country.”

But the outlet offered a hopeful statistic in response, claiming, “In June 2019, 35% of Americans were opposed to Abortion rights compared to 44% in January 2018.” The next clip then featured artist Marilyn Minter making the gross statement, “Some people think the title is provocative but honestly women have been getting abortions for millenia.”

Yes, “Thank God for Abortion,” eh? Imagine getting behind that and then thinking you have a convincing platform for 2020. Disgusting.