Ah a Democratic presidential debate. The only contest in which the usage of the phrase “pillow fight” generates excitement. No, really. GLAAD, the speech Stasi for all things LGBT, blasted Politico for using the phrase in reference to a less-than-brutal debate exchange between South Bend, Indiana Mayor Buttigieg (who is gay) and Sen. Elizabeth Warren (who isn’t an Indian), claiming it “offended people.” 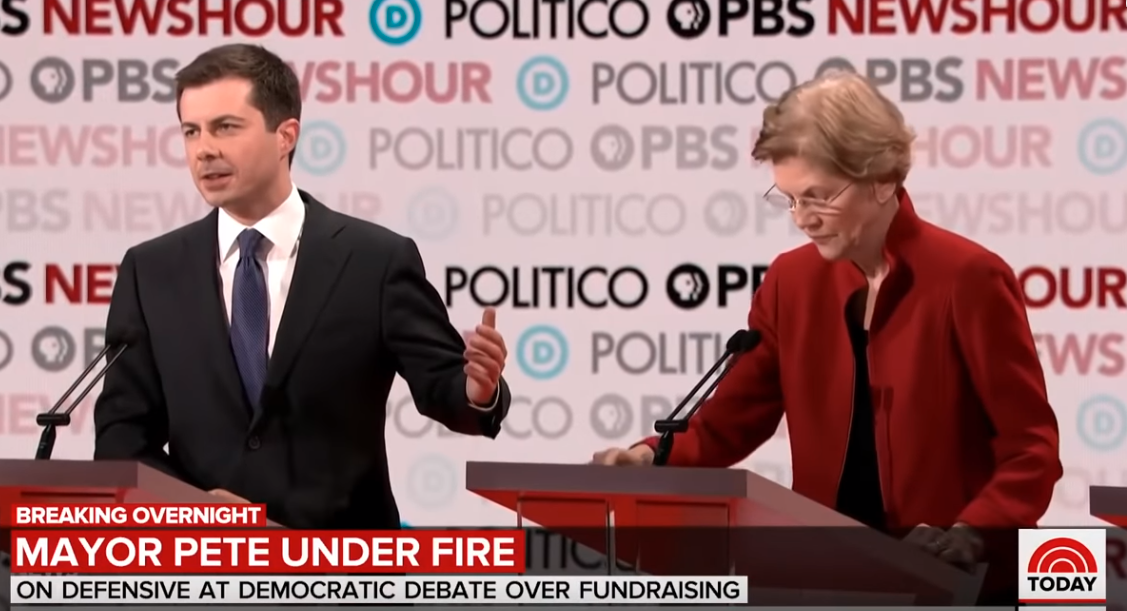 Sad to say, that’s how boring a major party’s presidential debates really are. And how hypersensitive are the armies of the woke. GLAAD, of course, stands for “Gays & Lesbians Angry About Dat.” Yesterday, dat was the fact that four out of five TV characters isn’t gay or something. Today, dat is using a metaphor for pusillanimous pugilism.

Politico recounted its rebuke in its post-debate morning round-up: “GLAAD sent us a note yesterday about Playbook PM, noting that our use of ‘pillow fight’ when describing a fight between Pete Buttigieg and Elizabeth Warren may have offended people.”

The “note,” written by Drew Anderson, the LGBTQ group’s Director of News and Rapid Response, essentially cautioned against the phrase, claiming that gays and women could find Politico’s phrasing to be a slur.

He wrote, “For women and LGBTQ people at the workplace, hearing phrases like ‘dramatic,’ ‘over the top,’ and even ‘pillow fight’ during office disagreements fosters negative stereotypes and diminishes a person simply because of who they are.”

Anderson tried as hard as he could to scrape up some outrage. He called “pillow fight” a “loaded term” that promotes sexism and homophobia. Yeah, really. He told the outlet, “Disagreements happen in politics, but using these loaded terms during disputes feed into the sexist and homophobic tropes that simply hae no plac in our political coverage and rhetoric.”

Geez, the drama. Seems like GLAAD’s hat speech radar is really over the over the top.

Politico maintained that the quip wasn’t about skewering feminine or gay candidates, but about characterizing a tepid, less-than-fiery debate exchange between the two candidates. “That was not our intent,” Politico stated, adding, “pillow fight, in our mind, connotes a fight where no one draws blood.” Sure it does, guys.

GLAAD is just up to its ridiculous playground bullying. With the blessing of the media, it gets to strut around and bully folks like Hallmark and Chick-fil-A into doing its bidding, while crying about victimization. In reality, gay representation is at an overabundance thanks to the powerhungry ambitions of the group.

But really? “Pillow Fight.” Pick your battles, guys. And to think how bad would it have been if the moderators had told Warren, a woman, to “relax?”