The keyboard warriors have returned for Ricky Gervais’ soul this week on account of him being a politically incorrect mischief maker. The British comedian and creator of The Office is still reaping the woke hatred from criticizing trans activist Jessica Yaniv on Twitter, with Indiewire’s Libby Hill outraged over the fact that he still gets to host the upcoming Golden Globes. 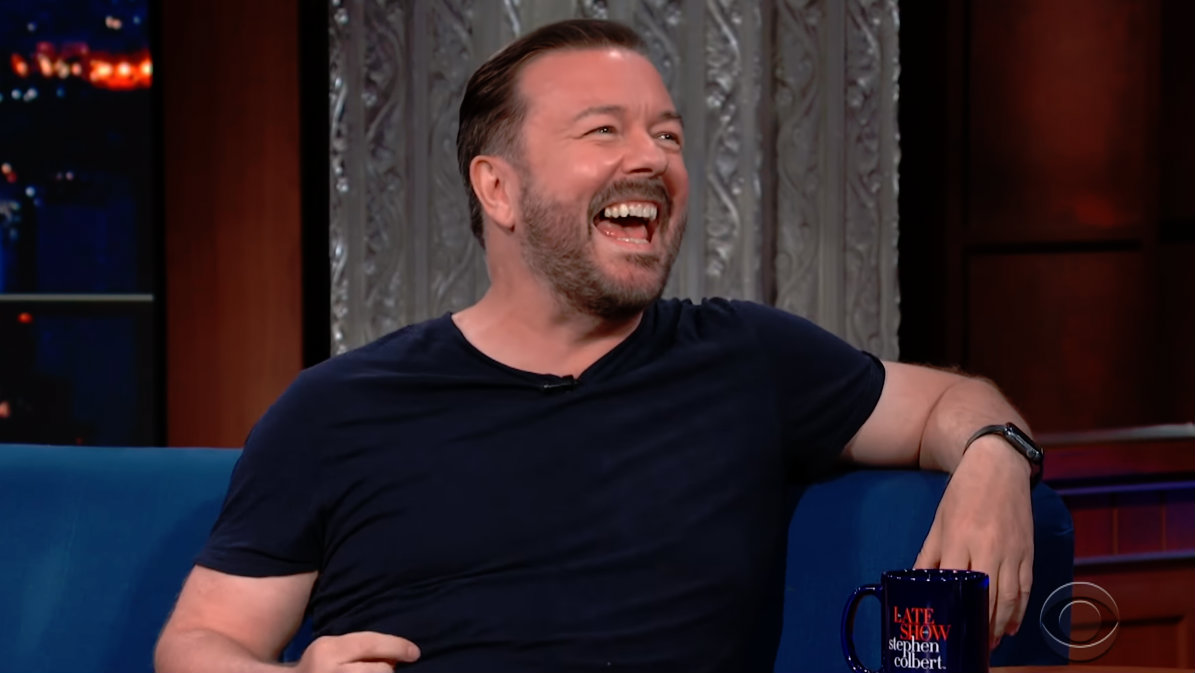 Ms. Hill’s main issue with life is that there are transphobic comedians out there who somehow still get to have their day in the spotlight and that will not do. Despite the left’s best efforts, cancel culture has not yet ousted Ricky Gervais but here’s yet another attempt.

Hill wrote, since the last time Gervais hosted the Golden Globes, “a lot has changed. The president is different, the climate is different, the state of the entertainment industry is different. But Gervais is just the same.” Yeah, he’s the same guy who made jokes about trans wacko Caitlyn Jenner in 2016 and “for that reason, he shouldn’t have been anywhere near the Hollywood Foreign Press Association’s list for hosting responsibilities.”

Blimey, what a monster.

Hill explained, “During Gervais’ 2016 stint hosting the ceremony he deadnamed Olympic Gold medalist Caitlyn Jenner from the stage, and transphobic commentary has been a throughline of his work since.”

Yesterday it was Ms. Jenner, today it is Jessica Yaniv, who we all know was a poor unfortunate victim. Back in July, Gervais re-affirmed his “transphobia” by joking about deranged biological male-turned trans woman Jessica Yaniv (real name Jonathan) who went into a female spa and demanded that the uncomfortable workers handle his very male private parts because he is a woman. Several of the spa ladies refused, understandably, and Yaniv took them before a British Columbia human rights tribunal to indict them on charges of sex discrimination.

Call him transphobic, however, Gervais’ controversial joke couched Yaniv’s lawsuit in the predatory light it should be seen in. He tweeted, “How did we get to the point where women are having to fight for the right to choose whether they wax some big old hairy cock & balls or not?” adding, “It is not a human right to have your meat & 2 veg polished.”

The pushback was immediate with LGBTQ activist Amy Martin slapping the “transphobe” label on the comedian. She tweeted, “Ricky Gervais is a transphobe who (barely) disguises his bigotry as feminism. Real feminism includes all women, including trans women.”

Yeah, sure, but as the Canadian outlet The National Post characterized it, Ricky was just asking the question: “Should a woman be forced by law to touch a penis she doesn’t want to touch?”

Well, it seems that the answer is yes for our dear Indiewire writer, who tried to expose a double standard regarding Kevin Hart being barred from hosting the Oscars for “homophobic” tweets from a decade ago:

In an age where comedians are rightfully being held accountable for bigoted words and actions from years prior — it’s been less than a year since Kevin Hart lost the job as Oscar host for homophobic tweets made between 2009-2011 — Gervais continues to tweet vitriol toward the LGBTQ+ community.

Kevin’s fate was overkill, as has been much of the boycott treatment received by non-PC comedians. Do we really want to destroy folks like Dave Chapelle for being an equal opportunity offender, for instance? Or do we boycott him and insist that certain groups are more protected than others?

But, also, Gervais and Hart are slightly different regarding their offenses. If we are going to be outraged at Mr. Hart, it’s because he exercised general homophobia, whereas at least Gervais was calling out Mr. Yaniv for being an actual opportunistic bigot, suing poor migrant ladies for not touching his male parts. There are also allegations about Yaniv organizing a pool party for underage girls, who were encouraged to take their tops off. Should we really be protecting “her,” Ms. Hill?