Congratulations to GLAAD. A group that claims to speak for four percent of the population has already reached its 2020 goal of bullying Hollywood into over-representing gays on TV. In fact, according to the organization’s “Where We Are On TV” report, gay characters are at an “all-time high.” The group boasts “10 percent LGBTQ inclusion among broadcast series regular characters on primetime scripted series,” with all LGBT series regulars comprising 10.2 percent of network characters. 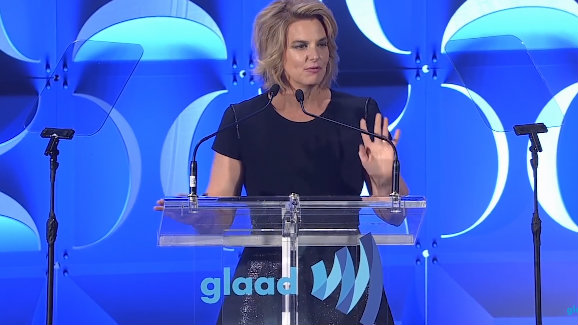 Well done. Now how about taking a breather — bask in the accomplishment for a minute and … Nope.

Variety reported that GLAAD’s (The Gay and Lesbian Alliance Against Defamation) annual TV report panel discussed pushing the ball forward … way forward as far as LGBTQ representation on the small screen. GLAAD members are now urging the “TV industry to increase its LGBTQ representation to 20% by 2025,” adding that one of the best ways to foster more on-screen inclusion is by creating “more off-screen inclusion as well.”

9-1-1: Lone Star actor Brian Michael Smith (who’s also trans) commented on the group’s success: “I’ve been seeing a lot more nuance in storytelling especially around the trans and trans-maculine characters I’ve been able to see on TV.” Variety reported that he claimed this was due to “having queer people write in the room.”

Well yes, that’s the only way to get to “20% by 2025.” Despite the narrative of victimization and lack of representation for sexual minorities in society, LGBTQ folks are sitting quite pretty onscreen.

Again, there is no dearth of LGBTQ representation, but an overabundance. Just four percent of the American population is LGBTQ (some even report that it’s less,), but they’ve long been over-represented in lefty Hollywood. Make-believe numbers have real-life implications, though. A 2011 Gallup poll reported that Americans were convinced that gays made up 25 percent of the population.

Is that inflated perception any wonder when GLAAD’s on track to quintuple the actual population on screen? And what if Hollywood makes 20 percent of its fictional characters gay? We’ll start presuming every other person’s LGBT? And if we start questioning that, they’ll still be insisting that we’re oppressing their exposure and hindering their freedom of expression.