Sunday night’s World Series game between the Washington Nationals and The Houston Astros was another loss for the DC team, but a great victory for the solidarity between DC swamp creatures and Hollywood lefties. As President Donald Trump’s attendance was announced at Nats Park, the home audience responded with cascading jeers & boos and their friends in entertainment media salivated as if that was the only result they were looking for out of the whole evening. 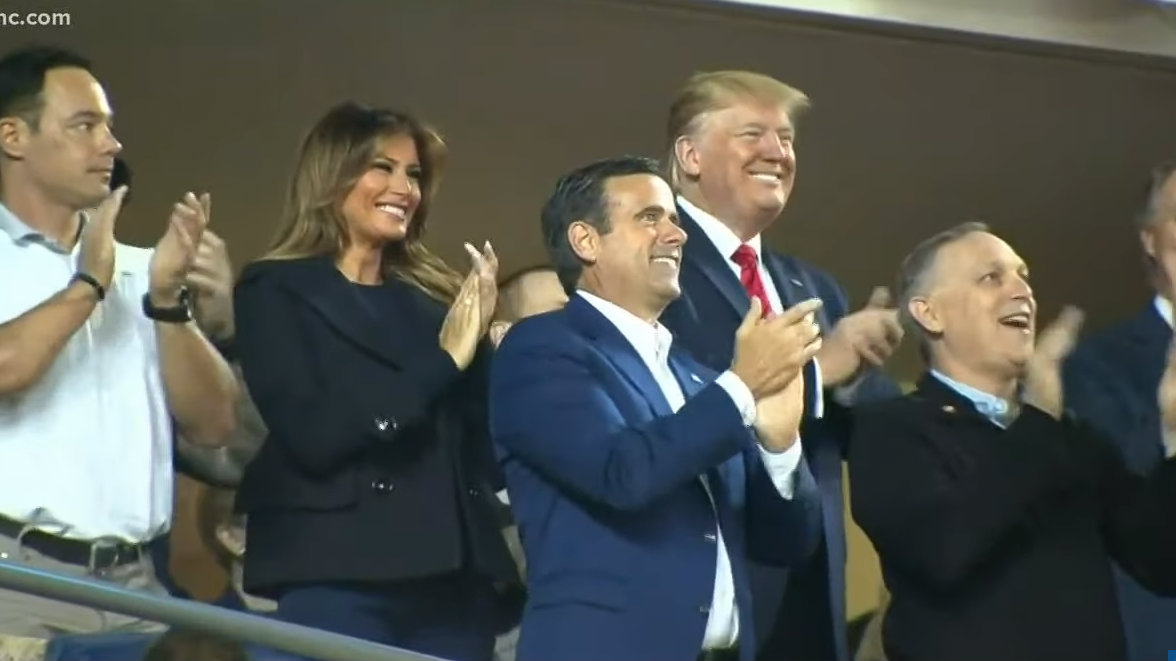 The Daily Show co-creator Lizz Wistead had no time for media people saying Nats fans should have no respect. She blasted Morning Joe’s conciliatory approach, tweeting, “Instead of shaming the citizens exercising their rights in a democracy to express their disdain for the criminal president destroying their world, thank them for showing the world that US citizens don’t co-sign on his bullshit.”

Yeah sure, if you think the rich D.C. liberals who paid thousands of dollars for seats represent average “US citizens.”

Syfy series Happy! Actor Chris Meloni retweeted video of the stadium boos, claiming that this is what it looks like “When America GIVES hope.”

Comedian and Meloni’s co-star Patton Oswalt mentioned his joy at the sight, tweeting, “Imagine being so hated that on the day you announce that the LEADER OF ISIS HAS BEEN KILLED ON YOUR ORDERS a stadium full of baseball fans still boos you.” Yep, this is what it looks like when every Trump Derangement Sufferer in D.C. is packed into the same room.

Leave it to crazy Tom Arnold to explain the phenomena with his own TDS post. The actor tweeted a photo of the “Veterans for Impeachment” group at the game, captioning it with “We bought seats behind home plate for some awesome US Veterans #veteransforimpeachment last night. Their buddies in the outfield did the "Impeach Trump" banner.”

Wait so California liberals are behind “Veterans for Impeachment? Ya don’t say?!

Batty Better Midler, who recently expressed gratitude for the man who physically assaulted Senator Rand Paul (R-KY,) tweeted about the president’s reaction, claiming, “He looks like he's about to cry. Tough. Think about all the kids in cages, that he made cry. He's put us through three years of utter hell. This isn't one of his phony rallies.”

The Broadway actress added, “This is the real deal, and I am proud of DC for letting him hear the truth for once.” Yawn. Again Bette, we know how D.C. feels. It's why 2016 happened.

Though media lefties may be proud Donald received such a reception, they should realize that many normal Americans got a clear view of what the DC swamp thinks of them and have to be insane to think that these videos and tweets won’t pop up in voters’ minds next November.