Bette Midler is a loud-mouth lefty and cringeworthy showtunes maven. She also approves of violence (directed against people who disagree with her), like the the 2018 assault of Senator Rand Paul (R-KY). 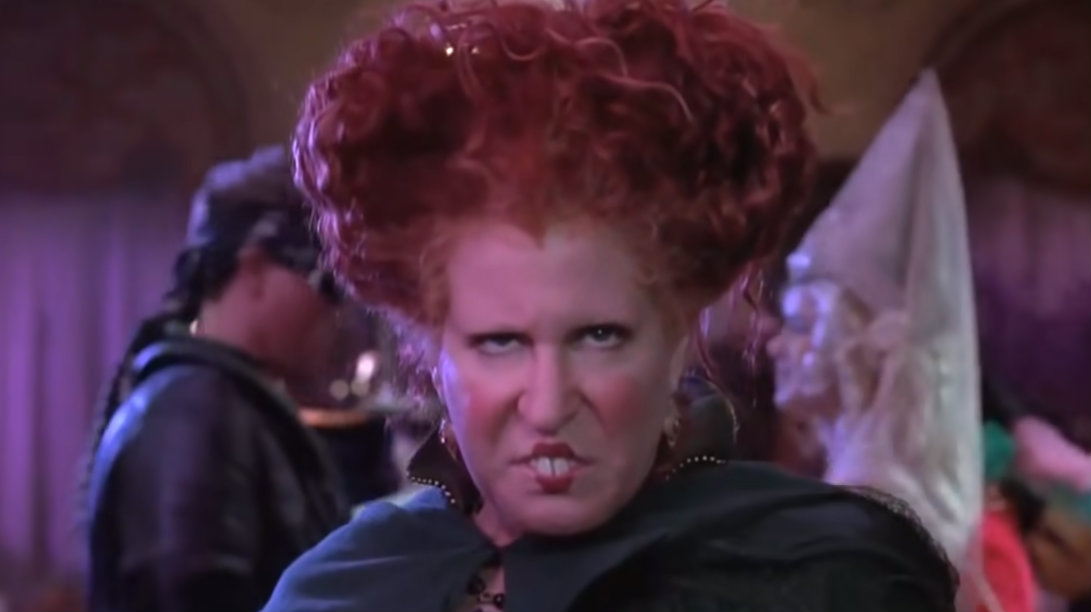 As a verified Twitter crackpot, Midler loves to bash Donald Trump and all things conservative. And her latest tweet may be her nastiest yet. On Wednesday the deranged Broadway actress both condemned political violence and in the same tweet, mentioned how “grateful” she for the neighbor who physically assaulted and seriously injured Senator Rand Paul.

Midler tweeted, “I DO NOT promote violence but… Rand Paul says the Kurds are being ‘ingrates’ for taking their frustrations out on US troops. Which is a good reminder for us all to be more grateful for the neighbor who beat the shit out of Rand Paul.”

The attack broke several of the senator’s ribs and “precipitated a case of pneumonia.” The attacker, supposedly annoyed by a pile of yard debris (yeah … sure) was convicted of felony assault, served jail time, and was fined $10,000. Nasty stuff to most of us, but it gets an “Amen” from lefties like Midler.

It’s just so ironic because Midler would like her followers to believe she’s all about peace and tolerance. Just a month ago she tweeted some quote about “Language” being the “seed of violence,” but turns right around and applauds a U.S. senator being beaten up because she disagrees with his foreign policy stance? The lady needs to get a grip. 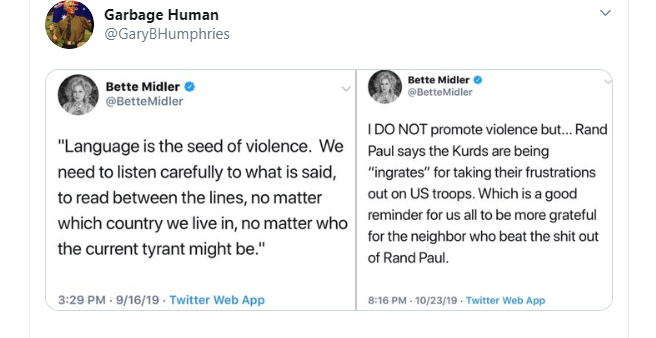 Midler’s the kind of quality gal who, upon hearing news of pro-life legislation being passed, will tweet things like, “Buy stock in coat hangers! Here we go, 60 years, back to the back alleys!” She also hates racists but is not afraid to publicly wonder if African Americans who vote for Trump have been coerced, as if she doesn’t trust that they can make decisions for themselves.

Maybe it’s just that time of the year for Midler. With Halloween just around the corner, it’s not hard to wonder whether Batty Bette is actually a witch after all.