On Thursday, The Washington Post rushed to publish the infuriating story of a young African American girl savagely bullied by white boys at a Northern Virginia private Christian school. Although more details emerged on Monday that the account was made up by the child, many in the media had spent days leaping to bash the Christian school, and by extension, Second Lady Karen Pence, who teaches there, and who has already faced backlash over the institution’s “anti-gay” support for traditional marriage. 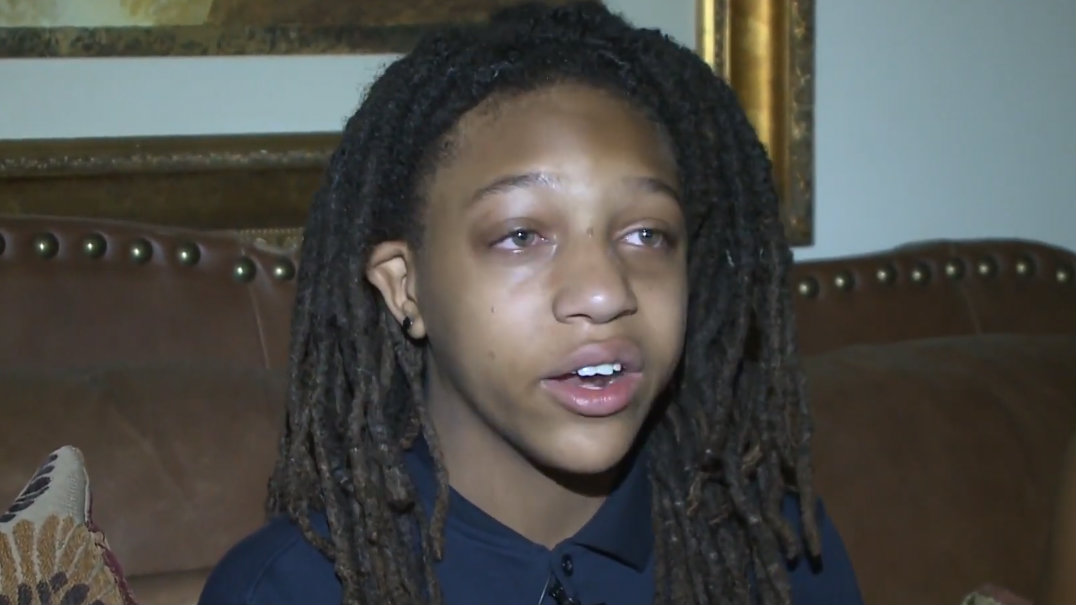 Post reporter Joe Heim detailed student Amari Allen’s account to police that “three white sixth-grade classmates held her down, covered her mouth, called her insulting names and used scissors to cut several of her dreadlocks from her head during recess in the playground at Immanuel Christian School.”

The story made media rounds and garnered public outrage until, one weekend later, it came out that Allen’s story was fake. Heim posted an updated Post piece on Monday clarifying that the “allegations were false, according to statements from the girl’s family and the principal at Immanuel Christian School in Springfield.” The family issued an official statement of apology as well.

But as far as the slander in the media, much damage had already been done between Wednesday and the following Monday’s clarification.

CNN Newsroom reported the story on Friday September 27 that the victim was “traumatized” after the scissors incident. The outlet interviewed the 12-year-old from Springfield, VA who claimed they called her hair “ugly” and “nappy.” Though CNN acknowledged that Immanuel Christian expressed its no-tolerance policy for bullying, it made a subtle insinuation about its moral character by reminding viewers that Karen Pence, who works there as an art teacher, was criticized in earlier headlines because she was associated with the school’s traditional marriage stance, or for the media, “banning gay students.”

So, not only was the school anti-gay, but now also racist, and though Mrs. Pence had nothing to do with this single disciplinary issue, she was lumped in by the media as a racist as well. NBC’s Early Today made this same vile insinuation, claiming it’s the same school where Karen Pence “teaches two days a week.”

Lefties on Twitter also jumped on the Christian school and Karen Pence’s bigotry. Now with ESPN's woke site The Undefeated, former Washington Post columnist Mike Wise tweeted that the bullying “should be No. 1 disturbing story in U.S. today” and asked in a subsequent tweet, “How do we get to this place in America, where white 12-year-old boys pin down & cut the hair of their classmate, a black girl?” NBC Washington reporter Shomari Stone tweeted out a story on the matter. It led to angry followers responding with allegations that this was a “hate crime” and evidence of “white privilege.”

Public figures like Democrat Congresswoman Rashida Tlaib (MI) offered support to Allen, tweeting, “You see, Amari, you may not feel it now, but you have a power that threatens their core. I can’t wait to watch you use it and thrive. Stay strong.”

Preacher, talk show host, and lefty activist Bishop Talbert Swan dragged Pence and the three “racist” boys with his tweet. The “Christian” asked, “What does @KarenPence, wife of @VP… have to say about 3 racist white boys attacking a 12-year-old black girl, Amari Allen?” He added, “So far her silence is deafening.”

We’re waiting on apologies from these folks for our Second Lady and the falsely-accused boys. Considering the media’s tepid response to the truth of the Covington hoax, maybe we shouldn’t hold our breath.