If you’re a dad who’s concerned that his son might orbit too close to the girls’ toy aisle, “Barbie” creators, Mattel have a solution that might make your shame less acute. Or break your heart. The world-famous toy company have announced a line of gender-neutral dolls. 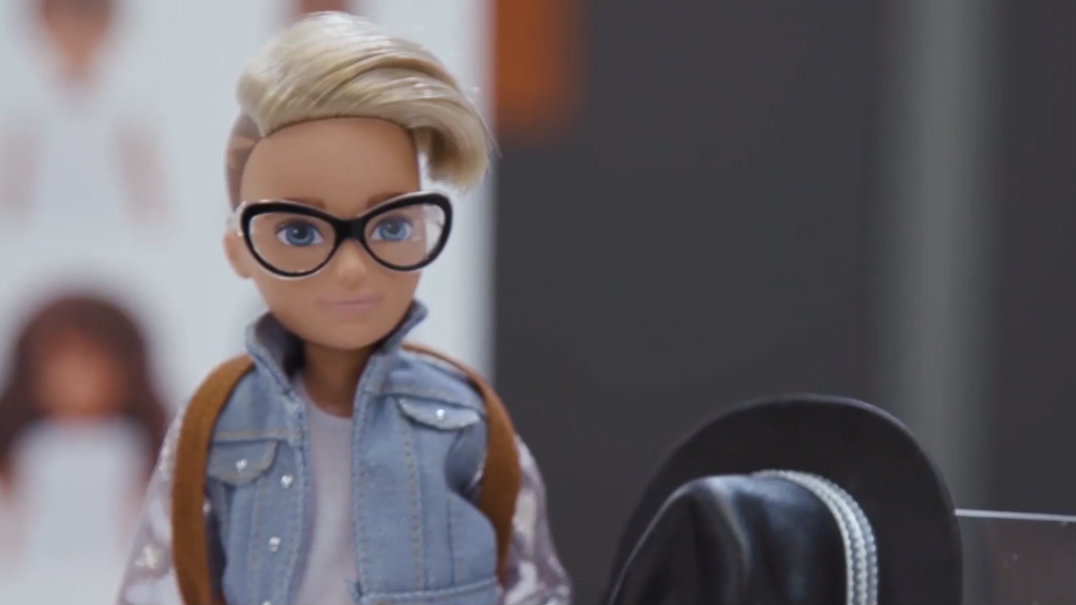 And to think, now your son can occupy the budding years of his childhood fantasizing about what it’s like being some androgynous weirdo. Hey, at least he’s not wearing pink.

Progressive business media brand Fast Company reported that Mattel “has just released a doll line that is almost the antithesis of the iconic doll.” Of course they would, it’s no secret that going woke is all the rage in terms of corporate marketing these days, and it’s best to get the consumer as early as possible. The Barbie target age group is between three and 12 years; the perfect time to addle a child’s crucial development with an existential gender crisis.

Yeah it is gross, but not for progressives. The outlet seemed to consider Barbie’s original iteration the gross exaggeration, describing the classic toy line as “hyper-feminine.” Remember, until today’s social engineer savants saved us all, a flirty pink ensemble had represented a dark prison of gender conformity.

Screw that. Now that Mattel has recognized the error of their ways, their new doll line — called “Creatable World” — is “gender-neutral.” Fast Company explained, “the dolls don’t start out with any level of feminine or masculine characteristics. Instead, the dolls allow kids to customize their looks.”

Young boys who secretly undressed their sisters dolls to see what was underneath could never imagine this level of disappointment over indiscernible doll anatomy.

Time provided details on the dolls’ features, stating that each looks “like a slender 7-year-old with short hair, but each comes with a wig… and a wardrobe befitting any fashion-conscious kids: Hoodies, sneakers” and “graphic T-shirts in soothing greens and yellows.” Each doll is also given wardrobe options of “tutus and camo pants” because nothing says gender neutral like a choice between those extremes.

Mattel expressed that its about giving kids a “doll that most identifies with them, instead of having to buy a premade doll that could suggest that this is what a girl or boy is supposed to look like.”

Senior Vice President of Mattel’s Doll Design, Kim Culmone advocated for her plastic monstrosities because that’s where the culture is at, man. While announcing the new product line, she claimed, “Toys are a reflection of culture and as the world continues to celebrate the positive impact of inclusivity, we felt it was time to create a doll line free of labels.” Oh geez.

She added, “Through research, we heard that kids don’t want their toys dictated by gender norms.” Research, really? Sounds more like you considered anecdotes from the The Washington Post or Jezebel. Or did you ask a bunch of four-year-olds whether their “assigned gender” caused confusion and then attributed their perplexed reactions to patriarchal oppression?