As the abortion fight intensifies, with Planned Parenthood withdrawing from Title X government funding, and multiple abortion restrictions going into several states’ law in January, pro-choice advocates’ hysteria is at a fever pitch. You know the kind of hysteria that isn’t satisfied with viewing abortion as a necessary evil, but insists on calling the murderous procedure a facilitator of “great joys” in a career-driven woman’s life. That’s what Alyssa Milano is insisting, and it raises the question: what exactly is Milano’s career? But we digress. 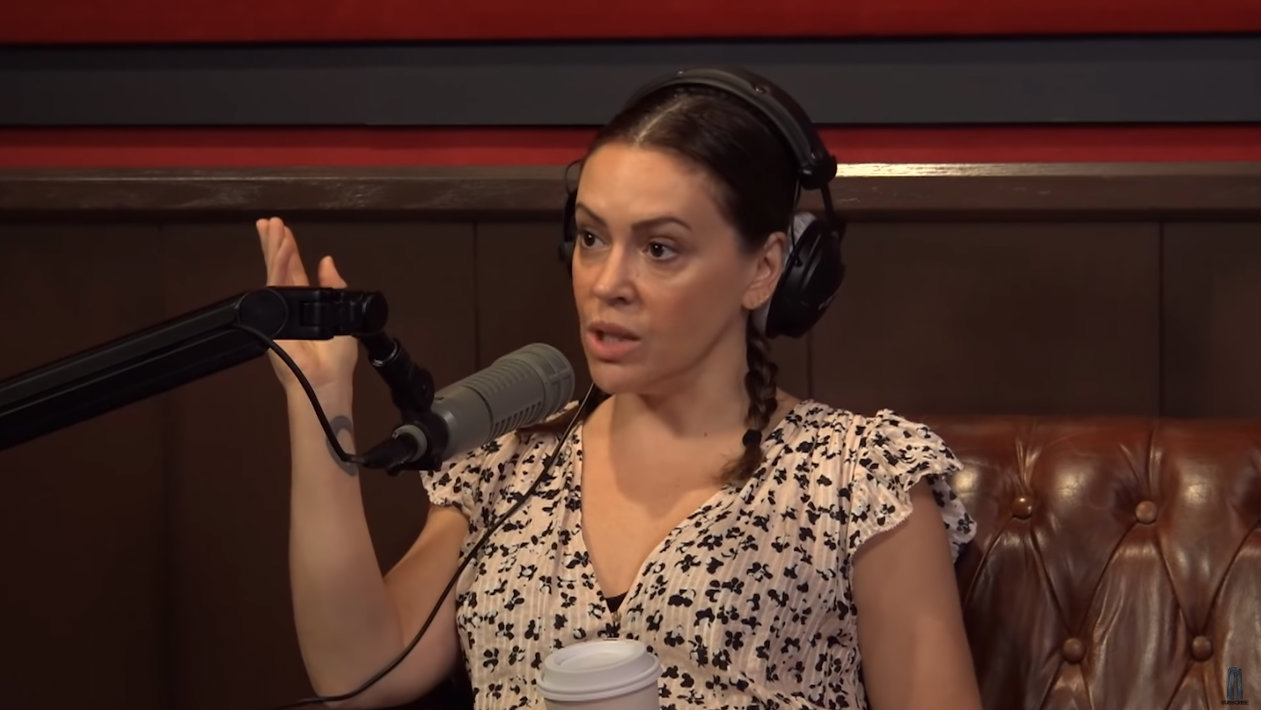 Milano has a podcast (which does not a career make, but shrews gotta shrew), and on Monday she used it to announce that she’s had two abortions. And she liked them. And, even though we never asked to begin with, it’s none of our “fucking business.” Charming lady. She should be in show biz.

The title of the podcast was “Sorry Not Sorry.”

“In 1993 I had two abortions,” Alyssa claimed, explaining that at that particular point in time she “had a career, and a future, and potential.” (Really? What happened?) Life for her then was “joyful,” “exciting,” and “powerful.” She was also in love, in the “breathless way you can only be in love when you are young,” and she was on birth control. No innocent life could stand a chance against that festival of narcissism.

News of the pregnancy “was devastating,” Milano claimed, and instead of considering how to work with the life she’d been given, she got indignant at the inconvenience, and transformed taking the easy way out into a political awakening. She claimed, “ I was raised Catholic and was suddenly put in conflict with my faith, a faith I was coming to realize empowered only men to make every single decision about what was allowed and what was not allowed.”

Remember, these things stood in the way of her “potential,” so the only thing to do was turn around and snuff out the potential of her little son or daughter. She also claimed to suffer from bad “anxiety” and it all added up to her conclusion that “I was not equipped to be a mother.” And so, “I chose to have an abortion. I chose. It was my choice. And it was absolutely the right choice for me.”

Infanticide -- because you’re worth it.

Milano is too proud to even consider any negative aspects of the child-killing decision. There’s no remorse, just a vindictive pride at having bucked the “oppression” of religion, ethics and decency. She claimed, “I refuse to allow anyone else’s bullshit morality to force me into a life of premarital celibacy. I refuse to live in the narrative that sexual pleasure is for men and that women exist to deliver that pleasure.”

That empowered attitude helped Milano have her second abortion within the same year, and you better believe that those acts of child-sacrifice at the altar of self are the most freeing, joy-bringing things she’s done. If it weren’t for the two abortions, “My life would be completely lacking all its great joys. I would never have been free to be myself, and that’s what this fight is about. Freedom.” She had “real reasons” for killing her kids, as do all women who have abortions. “They are ours,” she insisted, adding, “and they are none of your fucking business.”

Gotcha. But how did that career work out for you?