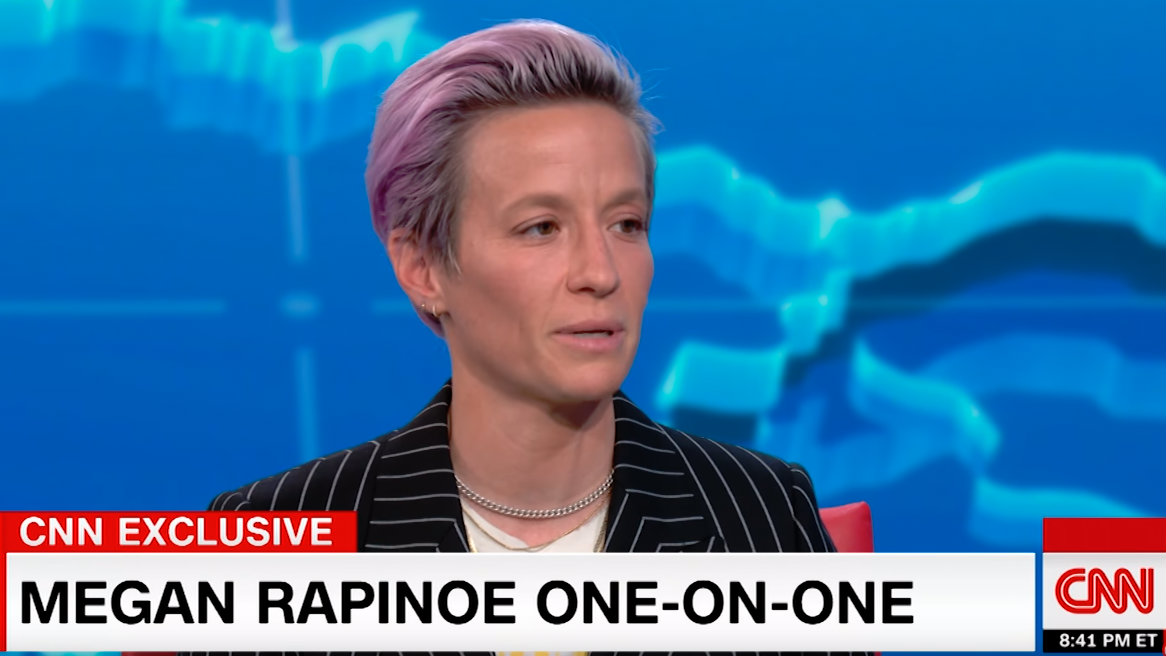 The recent Women’s World Cup winner, whose left-wing activism has quickly become as notable as her soccer playing, continued her spat with the president on CNN’s Anderson Cooper 360. In June, Rapinoe generated headlines during the soccer tournament for saying that she would not be going to the “fucking White House” if the team were invited by President Trump following a World Cup victory.

Rapinoe, who has called herself a “walking protest,” told Cooper, “We have to have a reckoning.” She’s quickly become an arbiter for liberal social justice policies in the sports world, championing LGBTQ rights, and has become a leader in combating the gender pay gap. She and others on the Women’s National team have insisted that there is a wage disparity between women's and men’s teams, going so far as to file a lawsuit in March against the United States Soccer Federation.

Cooper then asked Rapinoe whether she would reconsider an invitation to the White House as tournament champions, to which she replied, “I would not go. And every teammate, I’ve talked to explicitly about it would not go.” She added, “there are so many other people that I would rather talk to and have meaningful conversations that could really affect change in Washington than going to the White House.”