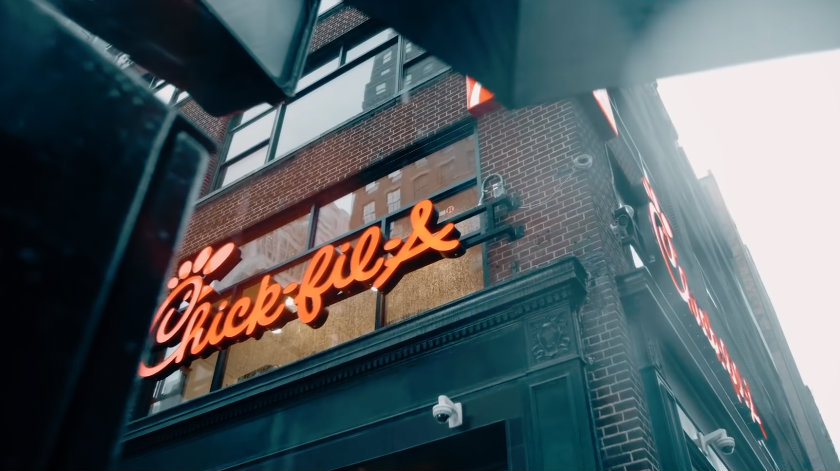 ThinkProgress wrote about the latest installment of #boycottChickFilA with all the smugness of someone who just cheated their way to victory and got away with it -- which is, of course, what the outlet’s crazed lefty journalists did. They claimed the company promoted “anti gay positions” via donations to Christian non-profits and now more pencil-necked lawmakers feel the need to embrace the petty outrage game.

ThinkProgress reported Monday, “The Buffalo Niagara International Airport nixed plans late last week to add a Chick-fil-A location to its food court, after a New York state lawmaker raised concerns over the company’s charitable giving.” And since TP is not shy about tooting its own horn, they added, “The decision is the latest setback for the company, which, according to recent tax returns first highlighted by ThinkProgress, continues to donate money to several anti-LGBTQ organizations.”

“Setback?” How cute. To think that a boycott by a few deranged progressives will slow down Chick-Fil-A’s momentum is absurd. How delicious will it be when these people are found to be discriminating against the proud Christian chain for its religious affiliation?

ThinkProgress reported that Democratic New York Assemblyman Sean Ryan convinced the Niagara Frontier Transportation Authority (NFTA) to discard their agreement with food vendor Delaware North to allow Chick-Fil-A to set up shop at the Buffalo Niagara International airport. “He applauded the decision, stating that ‘a publicly financed facility like the Buffalo Niagara International Airport is not the appropriate venue for a Chick-fil-A restaurant.’”

The NFTA also released their own statement on excluding the Christian fast food chain, claiming, “NFTA is an organization that prides itself on its strong commitment to diversity and inclusion and stand firmly against any form of discrimination.” Chick-Fil-A released a statement as well, saying, “that recent media coverage had driven ‘an inaccurate narrative about our brand.’ The company insisted it has no ‘political or social agenda.’”

Chick-Fil-A feels that it has every right to donate to the Fellowship of Christian Athletes and Salvation Army, for example. Still, ThinkProgress spun the negativity, claiming that the franchise’s donation of “$1.8 million in 2017” to such Christian groups amounts to an attack on LGBTQ rights. Yes, these groups believe in traditional marriage, but that is their prerogative as well as it’s Chick-Fil-A’s. It also certainly doesn’t mean that LGBTQ employees or customers are in Chick-Fil-A’s crosshairs.

It’s just heavy spin to destroy a political enemy and, in the case of the ThinkProgress-inspired San Antonio Chick-Fil-A ban, investigations are underway to prove it was an unfair hitjob. The outlet reported, “Texas Attorney General Ken Paxton (R) responded shortly thereafter, launching an investigation into the city council’s decision.” He called it what it was, “discriminatory,” and the “opposite of tolerance.”