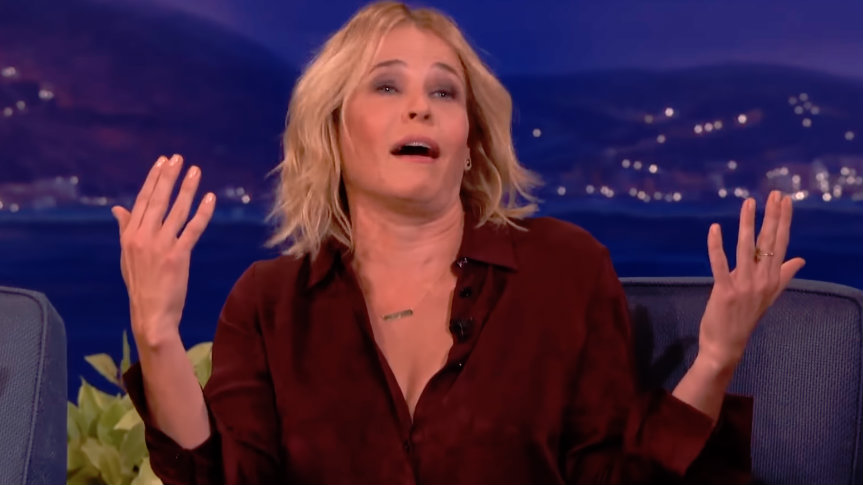 Democrats have readied themselves to take their majority in Congress, and their biggest Hollywood fans have started celebrating as if it was their Christmas and New Year’s all rolled into one.

The usual suspects, lefty showbiz elites such as Rob Reiner, Chelsea Handler, and Michael Moore, expressed hope that Pelosi and the new freshman class of representatives would be able to have their way with that “fucking moron,” Trump, that “Big bad Dems are going to eat his lunch, and steal his lunch money,” and reminded their deluded fans that “it’s always a woman who cleans up a man’s mess.” Because duh, it’s badass Nancy Pelosi. Oh boy, they’re surely saved this time.

Hollywood’s self-crowned political authority Rob Reiner has been pining for the morning of January 3 and filling his time with self-important anti-Trump tweets. In a profanity-laced January 2 tweet, Reiner snarled, “Is there something more moronic than a fucking moron? Because everytime this idiot opens his mouth he vomits up breathtaking stupidity. Tomorrow can’t come quick enough.”

Westworld actor and super woke lefty Jeffrey Wright tweeted tidings of good will to all lefties on this January 3rd. He wrote, “Happy #DemsTakeTheHouse Day, America. Enough with regressive, fear-soaked politics, the stupidity and unending lies. And Nancy came down the chimney with a sack full of subpoenas.” Only in TDS town could a corrupt, abortion-loving politician bring the same joy that Santa brings to millions of children.

Comedian Chelsea Handler tweeted, “I am proud to support @NancyPelosi as Speaker of the House to make sure there is something called Congress that doesn’t look the other way while our president steals from the very people who elected him. It’s always a woman who cleans up a man’s mess.” Even though that last bit seems implicitly sexist of her, we’ll let it slide. It is her special lefty holiday after all. 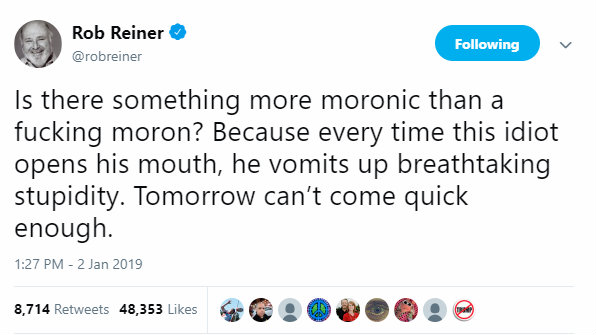 Every lefty’s favorite sagging, singing snowflake, Cher also praised January 3rd as the day in which Trump was going to get pushed around by the playground bully … or something inane like that. On January 2 the artist echoed a Don Lemon statement, tweeting, “TOMORROW… Trump’s the new kid in 1st Grade, & Big Bad Dems Are Going To Eat His Lunch, & Steal His Lunch Money.”

And conspiracy nut Michael Moore tweeted in anticipation for this great day, writing, “we are less than 15 hours away from taking the keys to the Clown Car away from the House Republicans. They will be sent to the Time Out room to think about their silence & collaboration with a traitor to all that we believe America is and can be.” “Time Out” room? “Stealing his lunch” and “lunch money?” The preoccupation with the elementary school playground banter sure is strange, but maybe it does speak to a devolved state of mind that could only come with a strong case of Trump Derangement Syndrome.