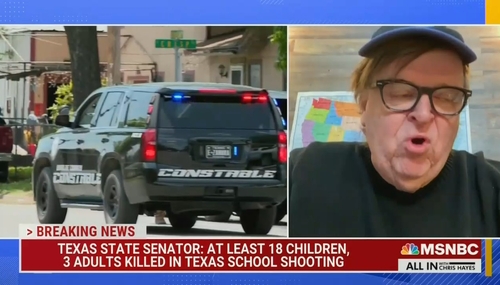 Hours after the school shooting in Uvalde, Texas during MSNBC’s live coverage of the aftermath of the tragedy Chris Hayes decided to bring on leftist filmmaker Michael Moore to get his thoughts.

In the days after 9/11, one of the harshest critics of President Bush was, predictably radical mockumentary maker Michael Moore. Now, on the day before the 20th anniversary of 9/11, Moore gave an interview to The Hill and bizarrely praised Joe Biden's graceful exit from Afghanistan. Has he been in a cave? 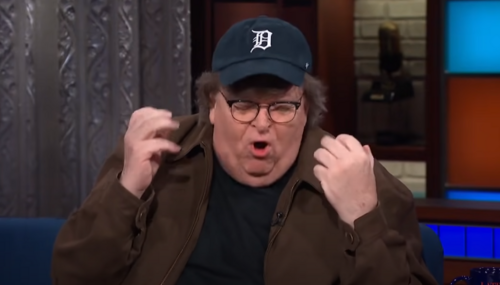 Hollywood clutched its collective pearls over President Donald Trump, particularly his bruising rhetoric. Except many stars bruised right back. Some wished for Trump’s death, including Joss Whedon, Charlie Sheen and, indirectly, Johnny Depp. Others, like Madonna, imagined planting a bomb at the White House, presumably to take out Trump for good. 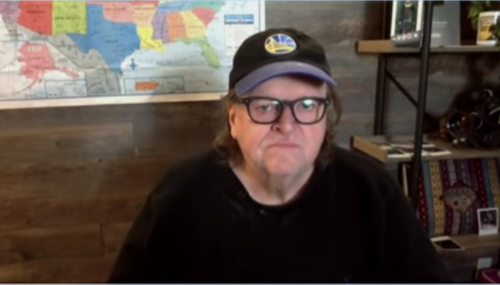 Michael Moore: GOP 'Trying to Kill as Many Americans as Possible'

Filmmaker Michael Moore, the anti-humanist himself, had the audacity to claim that Republicans are “trying to kill as many Americans as possible” on the March 17 episode of his “Rumble with Michael Moore” podcast. Such a ridiculous accusation is rich coming from the self-proclaimed socialist who practically revelled in the thought of millions of Republicans dying from the corona virus by… 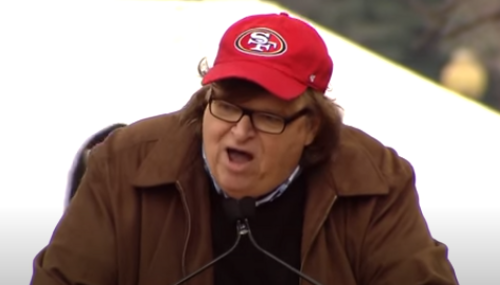 Michael Moore: Texans Are a Waste to the ‘Precious Vaccine’

In the wake of Gov. Greg Abbott’s (R-TX) decision to open Texas 100%, another leftie hopped on his high blue horse. And, if Michael Moore didn’t explicitly wish death upon all Texans, he made it clear their right to life is contingent on slavishly adopting lefty coronavirus prescriptions. 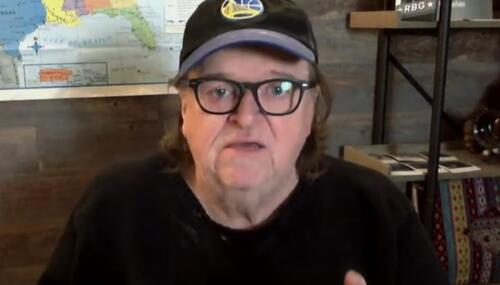 Michael Moore to MAGA Fans: ‘A Lot of You Are Going to Die’

Woke leftists will always make stupid statements. (Recall how David Letterman claimed the press “educates” and “informs” people.) It’s a fact of life. One can only hope that they're too dumb to understand what they are actually saying, or merely indulging in sarcasm. 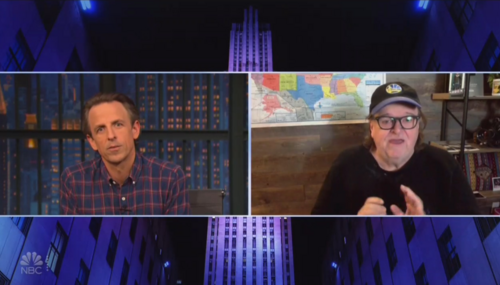 Appearing on Thursday’s Late Night With Seth Meyers, aired early Friday morning, far-left filmmaker Michael Moore assured the NBC host that Joe Biden would sign on to a whole list of socialist agenda items, assuming Democrats were able to win control of the U.S. Senate after Georgia’s January 5th runoff election. Moore was certain that Biden “in his heart is with us.”