The midterm elections are less than two short weeks away, so showbiz proggies have doubled down on the pro-Democratic rhetoric. In order to market to the young, hip listeners out there, Billboard featured a spread of famous musicians’ reasons for voting this November. Would it be too obvious to say that that their opinions skew radically left-wing and anti-Trump? 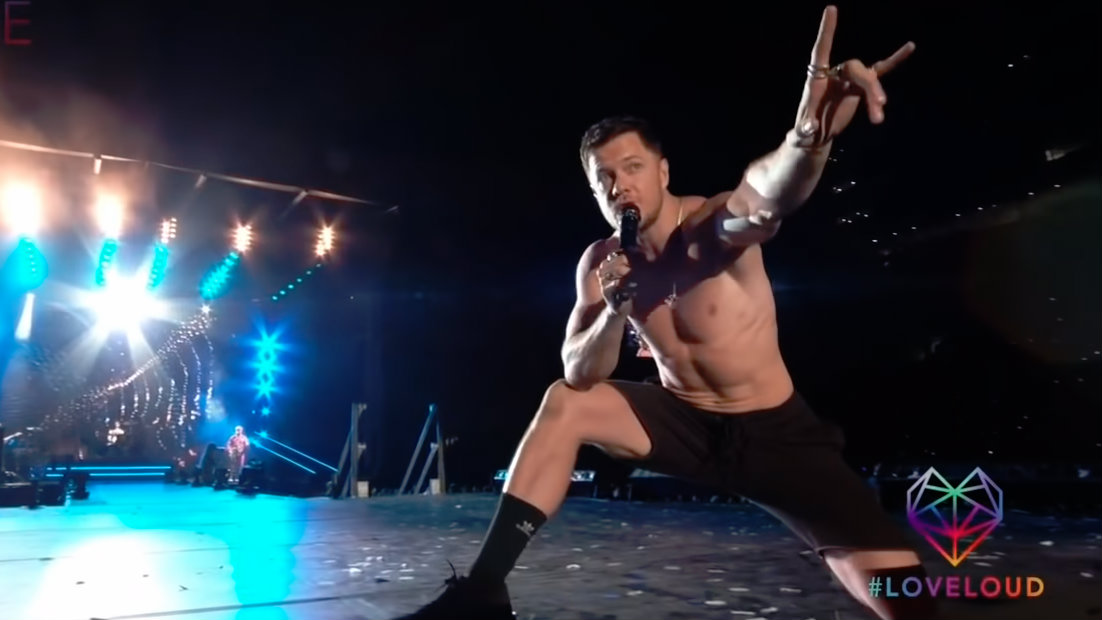 At the outset of the piece, Billboard.com stated, “In the lead up to the Nov. 6 midterm elections, Billboard reached out to artists across the musical spectrum with a simple request: complete the phrase, ‘I’m voting because…’” Of course, “across the musical spectrum” really means a select handful of top-40 artists the industry has funneled most of its cash into and get them to parrot their BS, but you get the point.

This eclectic and cultured group of musical individuals includes current rock music torch bearers Imagine Dragons (we can weep for the state of mainstream rock at another time,) edgy white rapper G-Eazy, Britney/Xtina wannabe Kesha, and the thoroughly Trump-triggered, vegan DJ Moby. But let’s try to take this seriously. In America each voice is valued, even the manufactured left-wing ones.

The lead singer of Imagine Dragons, Dan Reynolds, claimed that his vote was for all the safety and security of a progressive society. He claimed his vote means action, not just the talk typical of virtue signallers on social media. “I’m voting because otherwise my words on Twitter and Facebook and the stage are meaningless. If I want a progressive, safe future, then I must vote. Otherwise it’s all talk.” Well, call him a wicked lefty all you want, but dammit, you can’t call him a hypocrite.

Moby came out of the gate swinging. The handful of people who keep tabs on his Twitter know that current political events have inspired quite the woke passion in the artist. On top of voting Moby claimed he was “donating, and performing at benefits, and canvassing, and phone baking because EVERY SINGLE ISSUE WE CARE ABOUT WILL BE AFFECTED BY THE RESULTS OF THIS ELECTION.” Geez, take it easy.

He then launched into the litany of lefty causes he worried could be “egregiously harmed,” such as “climate change, racial justice, women’s rights, environmental issues, LGBTQ rights, animal rights, etc.” He had more of course, but not everyone has all day to listen to the growing list of rungs on America’s current oppression ladder.

Kesha took a less raging approach by promoting the general principles of civility and equality. She claimed, “I’m voting because I believe that our generation can be the one to force our government to focus this country back towards the principles it was founded upon: equality and freedom for ALL.” This sounds nice, though considering her usual politicking, it means promoting an extreme feminist, radically pro-choice society.

Rapper G-Eazy was a heck of a lot shorter and to the point with his reason for voting. And while it’s addled with a tragic case of Trump Derangement Syndrome, one can appreciate it’s honesty, and the fact that his three-word response sums up the entirety of all the opinions represented here without all the emotional and self-congratulatory language.

And there you have it. Quite the diverse group of opinions, right? It’s great to see a dialogue between opposing opinions in the industry, huh? Just kidding, this is more monolithic group think garbage coming out of Hollywood that parents should strive to protect their kids from.