HuffPost: Christians Need to ‘Repent’ for Anti-LGBT ‘Culture of Death’ 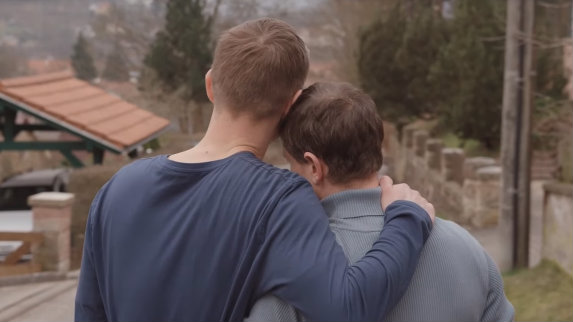 Don’t you love it when lefties lecture you about your own Christian faith, twisting the words of Christ in an attempt to guilt you out of your own morals and standards? Granted, everyone, especially Christians, should be aware of proper charity to marginalized individuals, but when liberals preach that it’s not so much about loving the sinner as it is blindly accepting the tenets of an anti-Christian gay agenda, it becomes clear that it’s not about leveling the playing field.

For Pride Month 2018, Huffington Post published an article titled, “Why (And How) Christians Should Celebrate Pride.” Well to wary conservative Christians, it should read, “Repent and believe in the liberal gospel of LGBTQ politics.”

Of course, the article’s main premise was that Pride month should be a time where not just the secular population has a rip-roaring hootenanny for the gay lifestyle, but that it’s also the perfect time for Christians to celebrate the gay lifestyle too. Well, more like beg for forgiveness. It’s only right. Huffpo claimed that “In many ways Pride month became necessary because of homophobic Christians.”

Writer Brandi Miller argued that because of Western Christianity’s poor treatment of LGBTQ people throughout the last several centuries, there must be a change. Christians must realize where they went wrong and look to better relations with a people that they have marginalized with hateful rhetoric, and loony practices, such as every gay’s worst nightmare: the dreaded conversion therapy.

She wrote, “The gift of Pride for Christians is an opportunity to see ourselves clearly in all of our oppressive history and to follow the celebration of this month into a better way,” because it has been that the “The fruit of most Western Christian theology is death, depression, homelessness and exclusion.” She even went so far as to say that it reflects a full blown “culture of death.”

But Christians shouldn’t be too hard on themselves for their past sinfulness, as long as they embrace Pride month. The thing is, that entails not only keeping an open and judgment-free outlook towards the gay community, but following their lead towards a brighter and more inclusive future.

Miller asked Christians to be so humble as “to repent, to look at the ways that Christianity at large has harmed LGBTQ people and to turn to a better way. That is one led by queer voices, one that takes us closer to Jesus.”

So the gays are gonna lead us to Christ? No matter how charitable people, especially Christians, are to factions of marginalized communities, the liberal narrative won’t settle for anything less than complete capitulation to their brand of victimhood politics. At what point will the LGBTQ community stop seeing themselves as the punished caste?

But until conservative Christians let the progressives and pro-gay advocates take complete control of American culture and politics, they will be characterized as promoting a “culture of death,” and then some. It’s interesting that they would say this about Christianity, and not condemn other cultures that are murderously anti-gay, like Islam? But then again, why would you condemn your biggest ally in the war on Christianity? Because it’s obvious that’s all this is anyways.