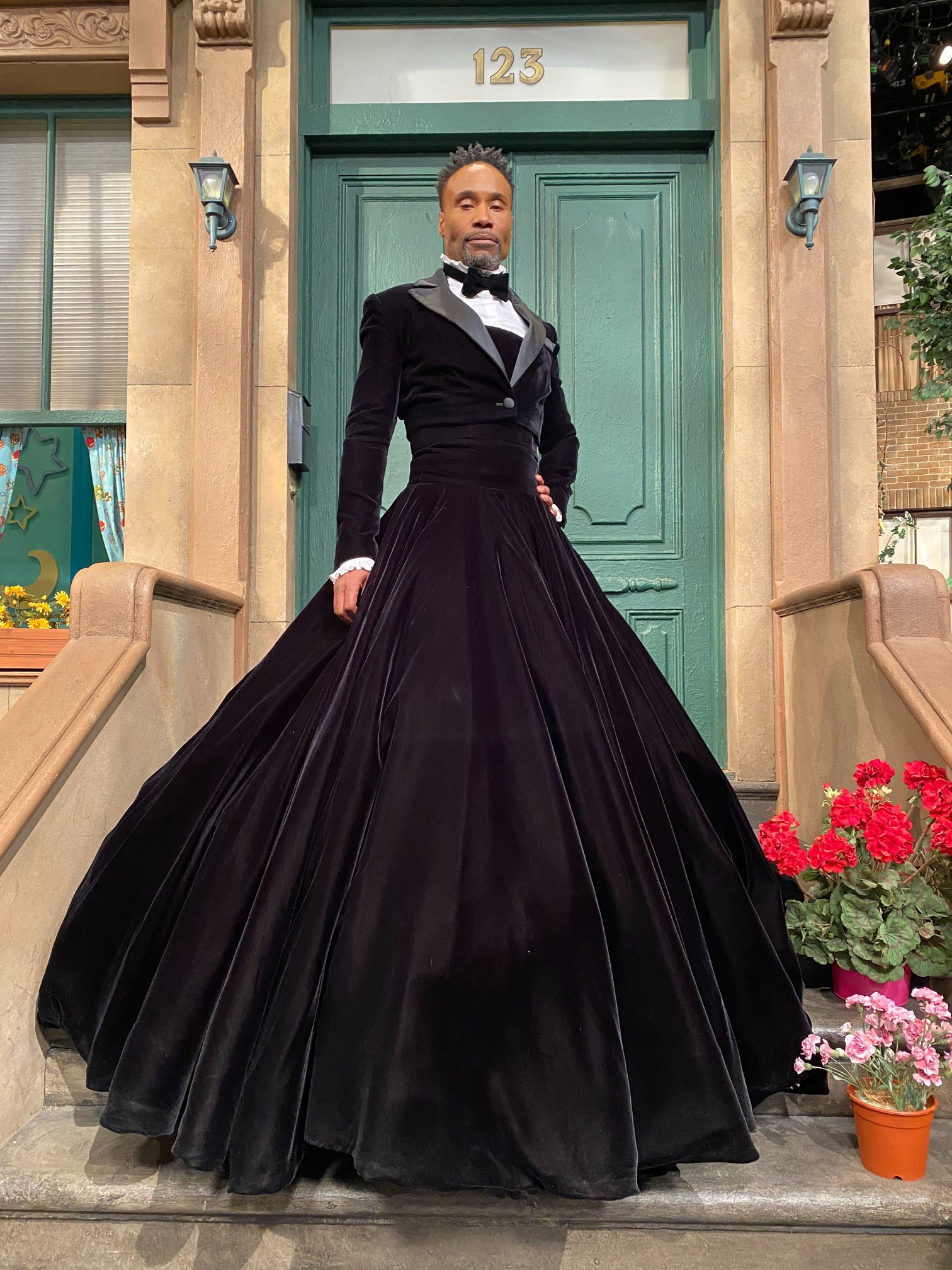 PBS once provided children with happy thoughts of a fatherly Mr. Roger's talking to us about our day or adorable Ernie singing about his rubber ducky on Sesame Street. But for the LGBTQXYZ movement, children's programming is just another opportunity to teach kids all the ways that it is a homosexual/transgender day in the neighborhood.

In recent years, children's public television has premiered a "gay marriage" on Arthur, sang about two dads with a baby in a preschool song about families, and put Grover in a purple dress on Sesame Street. But apparently having a muppet go transvestite for a day just was not inclusive enough. On January 30, the creators of Sesame Street announced on social media that cross-dressing LGBT activist Billy Porter, star of the LGBTQ FX show Pose, will appear on Season 51 of Sesame Street on HBO Max this spring.

You may remember Billy Porter from when he wore that ridiculous long black dress to the 2019 Oscars. The long women's gown he wore on the red carpet looked like something a widow would wear in Gone With the Wind. The man does not exactly have the creativity of David Bowie or Culture Club in his gender-bending. If the pictures on Sesame Street's social media are any indication, Porter wears the depressing, black women's gown when he visits the puppets on Sesame Street. While the show will not premiere until this spring, we can presume that the creators expect to children respond to this as normal, not comical or silly.

The LGBTQ "slippery slope" long ago slipped off a cliff and is now pummeling our children with its agenda. Next thing you know Daniel Tiger will announce his gender transition at his preschool or Elmo with "come out" to the kiddies. With the sexual/gender theory left there is no end to the possibilities.