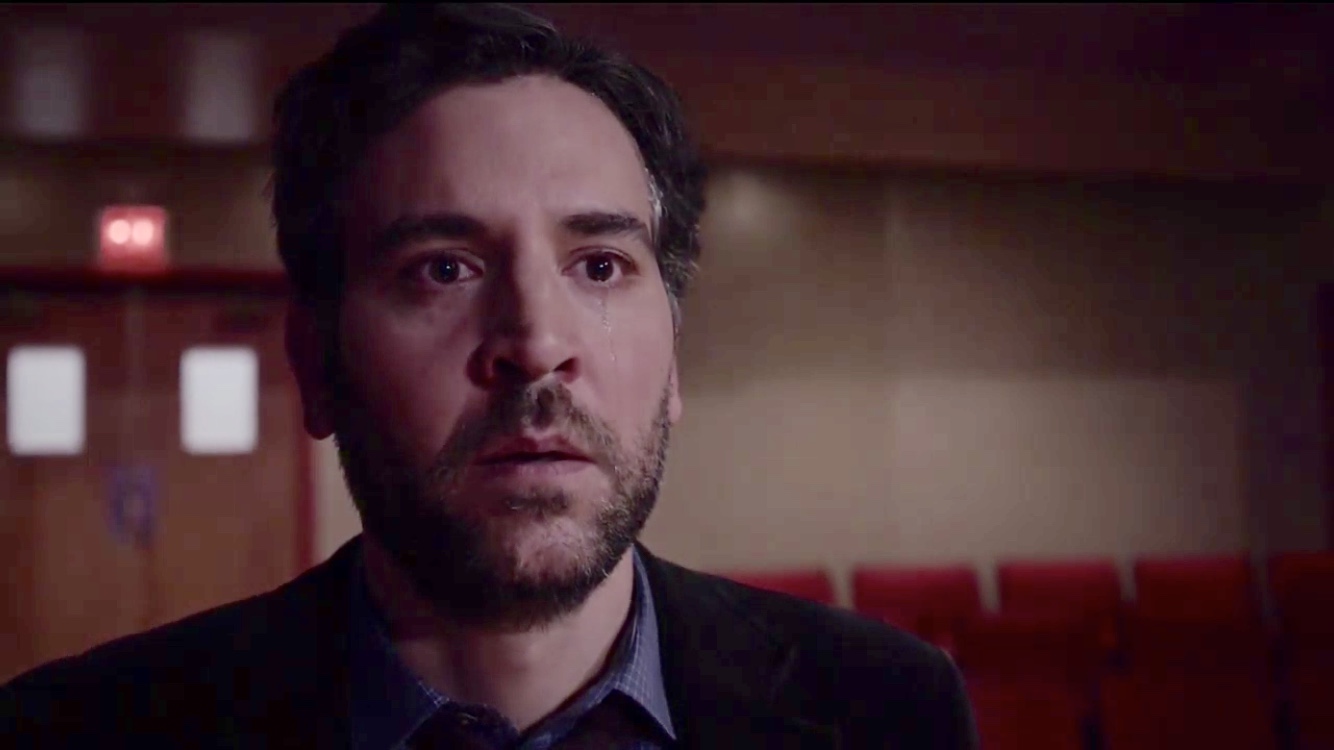 We’re nearing the end of NBC’s ultra-liberal high school drama Rise, with just four episodes to go. But unlike Tuesday’s episode, titled “This Will God Willing Get Better,” the show just continues to get worse. Catholic student Simon (Ted Sutherland) appears to finally give in to his feelings for his male castmate in the school’s controversial play, “Spring Awakening,” abortion is pushed on pregnant teen Sasha (Erin Kommor), and the underage students perform more sexually explicit songs.

At the start of Tuesday’s episode, the father of Sasha’s baby, Travis (McCabe Slye), offers her $200 to have an abortion. Sasha’s former best friend Margaret/Michael (Ellie Desautels), who is transgender and is now going solely by the name of Michael, witnesses the exchange. (Note: Desautels told “People” that she “identifies as ‘non-binary’ and ‘trans-masculine’ and prefers ‘they/them’ pronouns” in real life.)

Michael begs Sasha to tell her what’s going on, but Sasha is still upset that Michael cut her out of her life, so she refuses to answer. Michael ends up deducing that Sasha is pregnant by the end of their argument, however, and Sasha storms away telling Michael not to talk to her anymore. Later, when Travis angrily confronts Sasha in public and asks her why she’s still on the fence about having an abortion and needs more time, Michael intervenes, and things turn violent:

Travis: Can I talk to you for a sec?

Travis: You wanna do this here? Fine. "Still on the fence. Need more time." What the hell is…

Sasha: Shut up! Okay, okay. What are you doing?

Travis: Well, you didn't answer my text, so I'm here. Why are you still on the fence? Are you scared? Do you need more money?

Sasha: No. I really don't wanna talk about this here.

Travis: Well, this affects me. It's my life too.

Michael: She said she doesn't want to talk about it.

Travis: Get lost. I'm talking to my girl.

Michael: She's not your girl.

Sasha: Who--what are you doing?

Travis: I'm sorry, who are you?

Michael: I'm Michael. I'm Sasha's friend. You're being an ass, and you need to leave now.

Travis: Michael? You're not a dude.

Sasha: Stop! What are you doing? Stop it!

Sasha: What the hell was that?

Michael: This guy's an idiot. I was trying to help you.

Sasha: No, you were trying to be a guy doing something you think some guy would do. I don't even know who you are anymore.

Michael ends up confessing to Sasha later on that he cut her out because, “I was realizing that I'm trans. Things were changing… I mean, there were things I couldn't understand. How could I expect you to?” When Sasha tells Michael that she could have handled it, they make amends.

Things aren’t going as well for the controversial and inappropriate school play “Spring Awakening,” however, everything is a disaster as the cast rehearses two sexually explicit songs as well as a line about self-harm.

The principle has a talk with theater leader “Mr. Mazzu” (Josh Radnor) about the low ticket sales for the play and tells him, “The people of Stanton have made a statement. And that statement is, they don’t wanna see this show.” He also points out that last time they did “Pirates of Penzance” and the show sold out both weekends.

Catholic student Simon is struggling as well, still trying to deny his attraction to fellow castmate Jeremy (Sean Grandillo). As he fantasizes over their rehearsals together, Annabelle (Shannon Purser), with whom he had sex last week to prove to himself that he’s not gay, approaches and says, “That, uh, that scene with Jeremy was so good…If I didn't know any better, I'd say you two were the couple.” Simon laughs nervously and says, “Well, that's just acting. You know, been at it my whole life.”

Annabelle then invites him to her house so that they can “finish what they started” while her parents are away. Simon agrees to come over, and several cast members see them together and start discussing whether they’re a couple. One student announces, “Yeah, the other night at the steel mill, they totally did it in the foreman's office.” Simon’s castmate Jeremy, whom he shared a kiss with, is there and stares at Simon forlornly when he hears the news about Simon and Annabelle.

Jeremy decides to confront Simon about the rumor while they’re in the theater’s dressing room.

Simon: These pants are just way too big.

Jeremy: So, is it true you're having sex with Anabelle?

Simon: I didn't realize that was public knowledge. Uh, but yeah. Yeah, it's true. I mean, she's my girlfriend.

Jeremy: All right. So, um, can we just talk this through? Because we kissed and now you're with Anabelle.

Simon: We didn't kiss, okay? You kissed me.

Jeremy: We kissed each other. You've been flirting with me on stage.

Simon: It's called acting. Okay? Look, I'm sorry if you got the wrong idea or if you're confused. But I'm dating Anabelle.

Jeremy: All right, good to know. Hey, so listen, um, I'm not really comfortable with our scene anymore.

Simon: Okay, um, what did you—

Jeremy: You know why.

Their rift leads to tension in their scene during rehearsal and Mr. Mazzu gets upset that “the one scene that was working” is now ruined, too. But after he blows up at the cast when even more mistakes are made and storms out of the school, he hears loud singing coming from inside.

When he walks back in, the students wow him with an extended rendition of yet another sexually explicit song, “Touch Me,” and we also see a past moment between Simon and Annabelle as the music plays, where they're in bed and he tells her it’s not going to work out between them.

Annabelle: Are you okay? Come on. What's--what's wrong? Simon?

Annabelle: Can you just go?

Annabelle: Just go, okay? It's not me? Get out!

Too bad we can't see all the tears from conservative viewers, if there are any watching. This will, God willing, get canceled.