'The Orville': Religion Just 'Growing Pains' in 'Every Culture's Evolution' 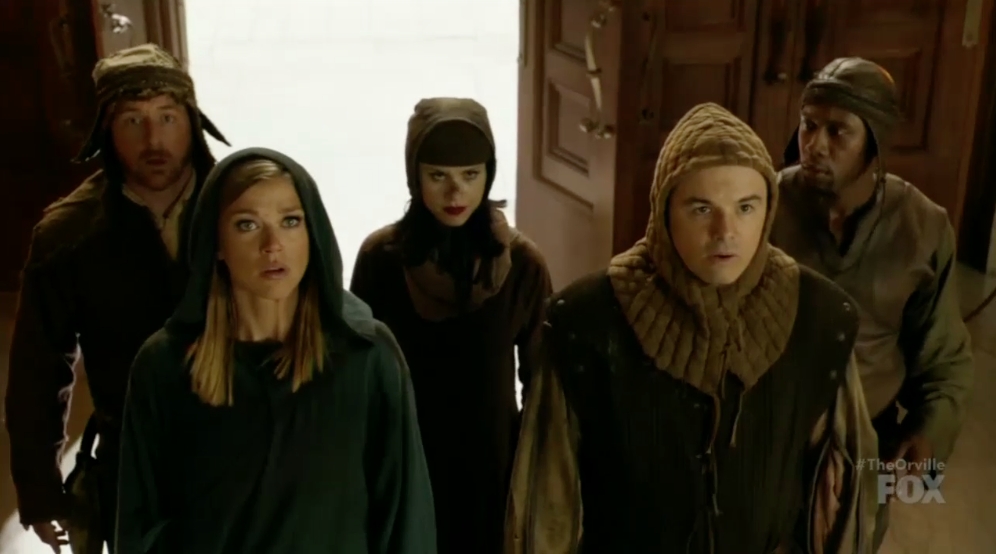 Seth MacFarlane isn’t content to undermine religion in just one episode of FOX's The Orville. He devotes 2 whole episodes of his 12 episode series to bashing religious beliefs. In tonight’s episode, tellingly titled “Mad Idolatry,” he calls religion a “poison.”

Thursday’s episode had a religion develop around the Orville’s First Officer Kelly after she uses technology to heal a girl from a primitive alien culture. As a result, the planet begins to worship her as a deity, crucifying those guilty of “forsaking the word” of Kelly. In case the audience hadn’t caught on to the heavy-handed parallel to Christianity, one of the crucified characters shown is made to resemble Christ.

Luckily—from atheist MacFarlane’s perspective—The Orville crew succeeds in helping the planet move past its religious phase, which is pejoratively referred to as “growing pains.” The crew and the members of the once primitive planet engage in an oh-so enlightening conversation about culture moving beyond “false faith” and thriving instead due to “reason”—which it presumes is opposed to faith.

Kelly: But... You no longer believe in Kelly.

Female alien: Only in the sense that she's a human aboard a Union starship.

Kelly: I am so very, very sorry for all of the trouble that I've caused.

Female alien: Don't be. We've been waiting for the phasing to occur again so we could meet you. Our society has become a spacefaring culture with ships spread out across the galaxy. In our home universe, that is. But we wouldn't have gotten where we are without growing pains.

Male alien: Our planet worshipped you as a deity for many centuries. But had it not been you, the mythology would have found another face. It's a part of every culture's evolution. It's one of the stages of learning. And eventually, it brought us here.

Female alien: So you see, Commander, you didn't poison our culture with false faith. We flourish. You must have faith... In reason, in discovery and in the endurance of the logical mind.

Before moving past the religious state, or the “stage of learning,” the Kelly-worshipping religion exhibits some eerie similarities to Christianity. For one, their religious leader looks exactly like the Pope. The pope-like figure, Valondis, refers to Kelly as “Healer of men. Divine hand of the heavens. God of all creation.” 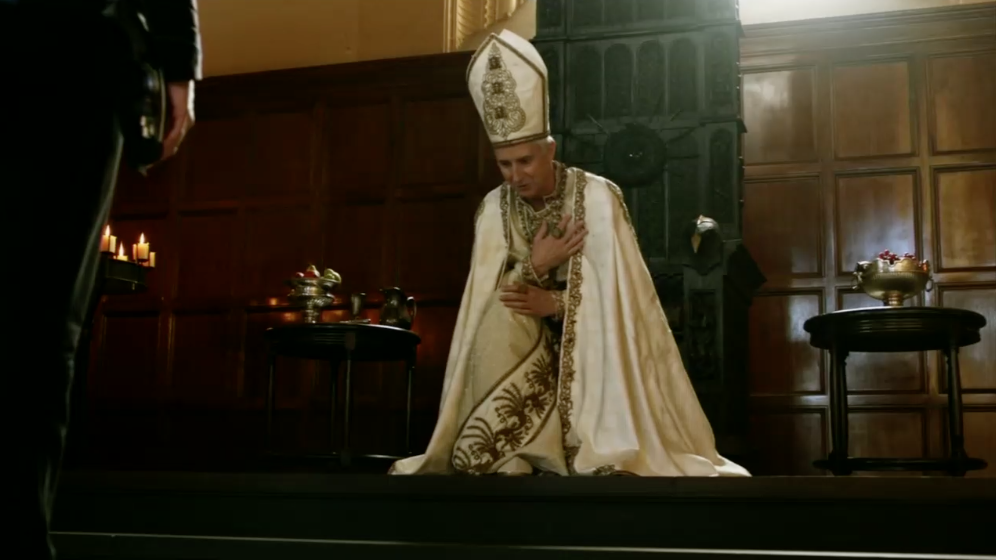 In Kelly’s first failed attempt to explain to the religious leader that she’s not God, one of the leader’s men provides the cliché atheist’s straw-man representation of religion: “The belief in Kelly is not merely a source of comfort for the people. They fear her, as well. And as the guardians of the Word of Kelly, they fear us. Should that fear come into doubt, our ability to govern may be compromised.” He murders the Pope-like Valondis to prevent the truth about the non-religion from being explained to the people, because of course religious leaders are actually just ambitious monsters instead of true believers in God.

MacFarlane can’t help but present religion in the worst light possible, so he even has a mother on the planet scold her son in a Santa Claus-esque fashion: “Kelly's watching you. All the time. She knows when you've been bad, and she'll punish you.” The Orville crew tunes into the daily news on the planet, which includes all the violence caused by the religion, disputes with teaching the religion in public education settings, and a Joel Osteen type preaching the Word of Kelly.

After watching the entire first season of The Orville, it is painfully apparent that originality was not one of MacFarlane's priorities.