Religion Slammed on Fox's 'The Orville'

Notorious atheist Seth Macfarlane can’t help but attack religion any chance he gets. In keeping with tradition, Thursday’s episode of Fox’s The Orville took a swipe at believers of an “omnipotent being.”

In the episode titled “If the Stars Should Appear,” the Orville crew encounters a massive bio-vessel adrift in space full of people who don’t know they’re on a space ship. The ship, which is drifting toward a star that will destroy it, contains an entire civilization subject to the tyranny of radical religious leader Hamelac and his enforcers, who force the people to worship Dorahl the creator. 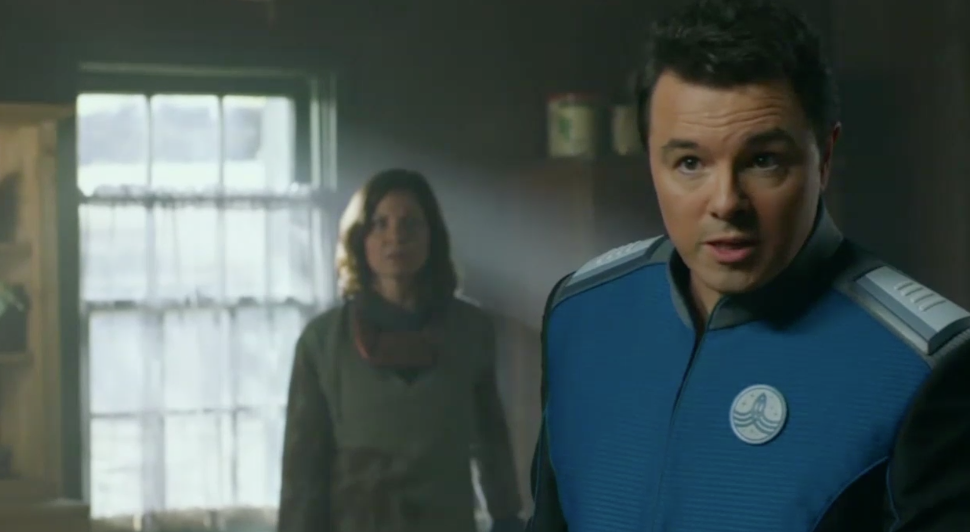 The crew runs into Tomlin, a young man who lives on the giant ship, who explains that certain people have “begun to question scripture” regarding the origin of their world. Intelligent life form Isaac asserts, “The common impulse of biological life-forms to attribute the origin of the universe to an omnipotent being is most curious.” He then explains how life could have originated on its own: “On the subnuclear scale, it is quite natural for quantum fluctuations to create matter and energy where none exist.”

Of course, Isaac’s put-down of religion is met with no objection.

Since Hollywood can’t help but make all religious people tyrants, nuts, or both, when the Orville crew explains that the bio-vessel will be destroyed if its trajectory isn’t changed, religious leader Hamelac predictably accuses them of “blasphemy” and calls them insane.

The episode ends with the crew thwarting Hamelec, removing the ship from harm’s way, and revealing the outside world to the civilization.

While The Orville is neither as funny nor as well written as anything Macfarlane has done in the past, it sure is just as liberal.