'Switched at Birth' Fans the Flames of Racial Tension on Campus

The social justice warriors at Freeform are at it again, with the episode "Relation of Lines and Colors" of Switched at Birth revolving around the continuing racial tensions at the University of Missouri—Kansas City following an incident of *gasp* cultural appropriation. The episode, which aired February 21, began with the disclaimer: “While the story that you’re about to see is not based on incidents that happened in Kansas City, it is inspired by real events that have occurred at college campuses all over the country.”

Iris (Sharon Pierre-Louis), an African-American friend of Daphne (Katie Leclerc), decides to go on a hunger strike to protest the University's handling of race relations after a new incident of cotton balls being placed in front of the Black Student Union. The show is clearly attempting to parallel the real life hunger strike of Mizzou's Jonathan Butler whom the media hailed as a brave student immersed in constant discrimination despite being the privileged son of a millionaire.

As they discuss Iris, Daphne finds a note on her car that reads, “Watch your back,” with her eyes X-ed out on the "racist" picture that went viral of her with a white friend who dressed up as Lil Wayne for a costume party.

Daphne- I don't blame her for being mad.

Regina- At Marillo, sure, but I don't see where you did anything wrong.

Daphne- What do you think?

Bianca- I think your heart's in the right place, but maybe it's not your battle to fight.

Daphne- But if Iris gets sick and ends up in the hospital, then how does that help?

Regina- Hunger strikes do tend to get attention. And results.

Daphne- So, do you think she's doing the right thing?

Regina- I'm worried about her health of course, but if she's that committed to the cause, then... maybe you need to respect her willingness to take such a risk.

Daphne- What? Watch your back? 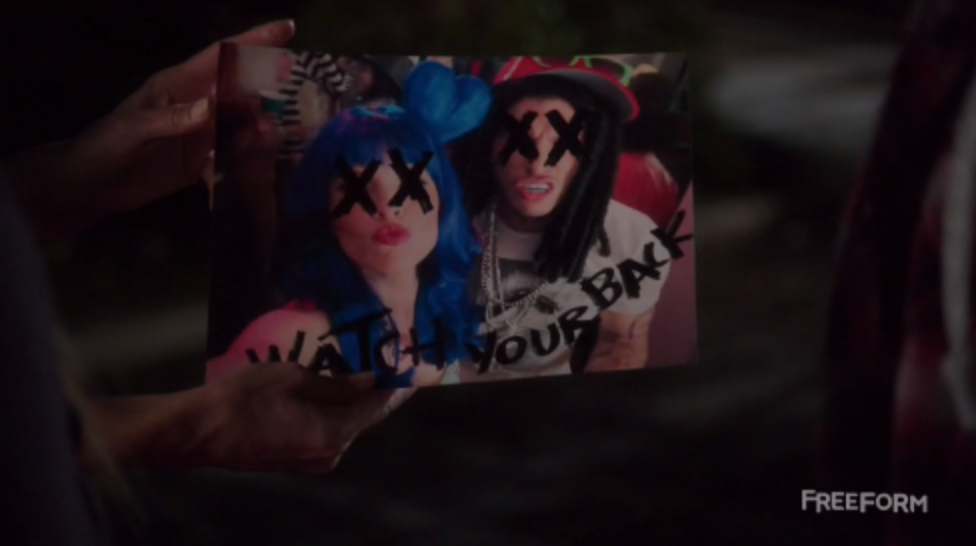 After Daphne’s father threatens to take action over the incident, her brother remarks, “Okay, let's not overreact. It's a flyer, not a car bomb.” You’d think explicit threats would be worth some amount of overreaction considering the last episode had students up in arms over a white guy dressed up as a famous rapper.

When Daphne tries to speak to the Assistant Dean and remedy the situation with Iris, Iris shouts at her to “stop trying to be the great white hope.” Right, after a year of intense political polarization, another show obsessed with skin-color is just what we need.