CBS Comedy 'The Neighborhood' Warns of 'Typical' Sexism in the Workplace 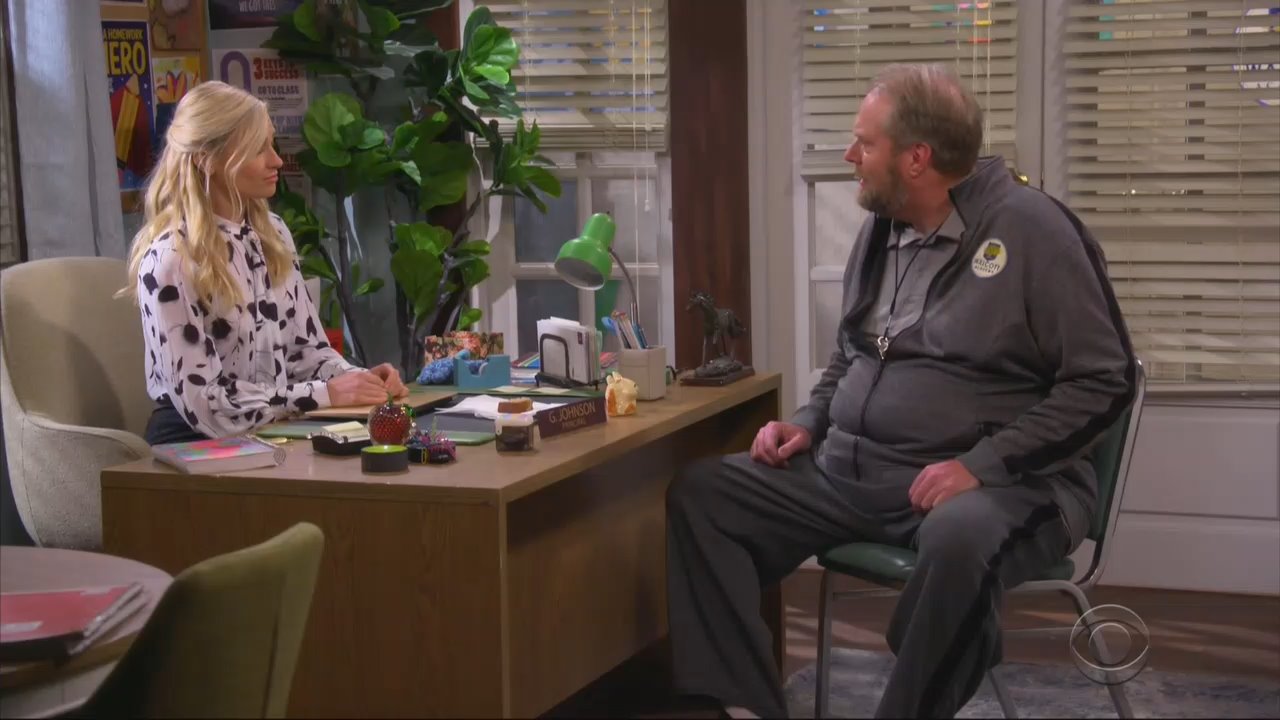 CBS’s comedy The Neighborhood is known for trying to tackle the issue of racism from a leftist viewpoint. On Monday night, they decided to tackle the other famous -ism—sexism. Monday night's episode, "Welcome to the Climb," focused on Gemma (Beth Behrs) who, as principal of the school, was faced with the tough task of firing one of the coaches, Coach McClusky (Kevin Will).

Gemma explains to him that he's been given several warnings, but after his continued tardiness, she's going to have to let him go. Coach McClusky does not take the news well and on his way out the door calls her a terrible principal and says, "You're a joke, and everybody knows it. The only reason why you got this job is because it made them look good to hire a woman."

When Gemma refuses to return to work after the incident by pretending she’s sick, Dave (Max Greenfield) tries to encourage her to go to work; however, Gemma starts doubting her abilities and begins to wonder if she really was hired just because she’s a woman. Dave reassures her that McClusky probably only said that because she fired him, which is likely the case. This answer isn’t good enough for Gemma so Dave seeks the advice of Tina Butler (Tichina Arnold) who explains that women are ALWAYS—not sometimes, always—undermined in the work place. How’s that for an exaggeration?

Dave: Hey, Tina. Hi. Can I ask you a question? Gem is really beating herself up about what happened at school. She didn't even go to work today.

Tina: Oh, my God. What happened?

Dave: Coach McClusky told her that the only reason she got the job was because she was a woman.

Tina: (Scoffs) Typical. Weak, little man threatened by a woman in power. It's Pizza Hut all over again.

Dave: Well, I-I don't know why, but for whatever reason, she's believing this loser.

Tina: (Sighs) You men just don't get it. In the working world, women are always made to feel less than. So, even if a jerk says something that isn't true, you can't help but doubt yourself. Just makes me want to snip some sense into y'all.

Tina: (Sighs) You know, Dave, what you can do is figure out a way to remind her of how strong and capable she is, and that she knows what she's doing. I mean, don't you do stuff like this at your job?

Dave: Well, yeah. Sure, there are aspects of corporate consulting where I use team building to motivate CEOs and their employee...

Dave: You know what? Actually... I just got an idea.

Tina:Oh, Dave. Dave, Dave, Dave. You're not gonna show her one of those silly Mission: Impossible movies that you're always talking about, right?

Dave: I'm gonna come up with another idea.

After talking to Tina, Dave decides to take Gemma rock climbing in order to help her feel empowered. Gemma is hesitant, but when the Butlers show up, Tina pushes her to do it - and teaches the wage gap myth to a little girl in the process.

Gemma: Dave, I really don't feel like doing this. Can we please just leave?

Dave: Gemma, this is going to work. I promise.

Gemma: But I don't think I can do it.

Tina: Yes, you can, Gemma. You're gonna get up there, and you're gonna make this wall your bitch. I'm sorry, sweetie, you'll understand when you're making 70 cents to a man's dollar.

The problem with Tina’s statement is that it is an inaccurate overgeneralization. This statistic takes into account an average of all salaries across all jobs. Women may make less on average than men, but they are not getting paid less to do the exact same jobs. Women are choosing jobs with lower salaries—in many cases because they are less labor intensive. That, however, does not mean that women cannot choose labor intensive and higher paying jobs where they would make equal pay—it simply means they don’t, mostly based on their interests and preferences. So, the gender wage gap isn’t a matter of discrimination, it’s really just a matter of choice.