Kid Lays Out Capitalism vs. Communism in Stranger Things, Season 3 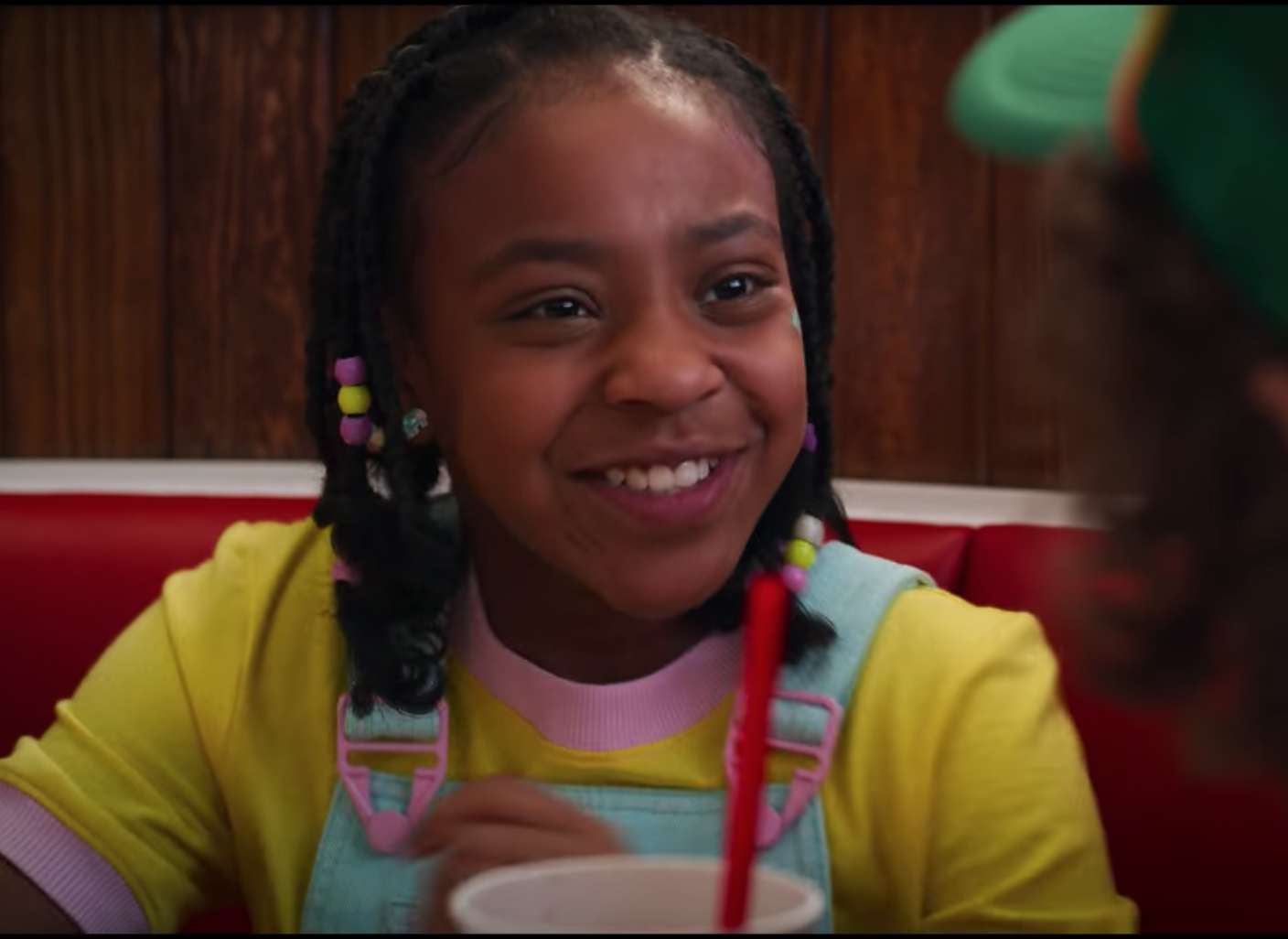 Fans of Netflix's Stranger Things might remember Erica Sinclair (Priah Ferguson), Lucas' (Caleb McLaughlin) little sister who stole the show in season two. She's back in season three, released July 4, and an absolute American hero. Not only does she join the team to save the world from the Russians, she makes sure everyone understands that it's all about capitalism versus communism.

Stranger Things is a sci-fi show set in the 1980s in the small town of Hawkins, Indiana. In previous seasons, the main group of kids (along with one mom and the local police chief) have fought monsters and a secret government laboratory to make the town safe.

Except, of course, it still isn't safe and, this time, it's the Russians who are to blame. Dustin (Gaten Matarazzo) accidentally intercepts a Russian transmission that's clearly a code, so he takes it to Steve (Joe Keery). Steve has now graduated high school and is scooping ice cream at Scoops Ahoy in the mall. With the help of his co-worker Robin (Maya Hawke), they crack the code and realize there is a secret Russian base right there underneath the mall. Determined to sneak in and find out what they're up to in chapter 4, "The Sauna Test," they find an air duct to climb into that will lead them in. The only problem is that they're all too big to fit into the duct.

As they're realizing their plan hinges on finding somebody smaller, Erica comes into Scoops Ahoy looking for free samples. They realize Erica will fit and try to get her to sign on to their plan but, as she tells them, she "still hasn't heard what's in this for Erica." First, Dustin tries to play to her strong sense of patriotism and the cold war tensions with Russia.

DUSTIN: Erica? Hi. Uh...We think these Russians want to do harm to our country. Great harm. Don't you love your country?
ERICA: You can't spell "America" without "Erica." ...

ERICA: Know what I love most about this country? Capitalism. Do you know what capitalism is?
DUSTIN: Yeah.
ROBIN: Yeah.
ERICA: It means that this is a free market system. Which means people get paid for their services depending on how valuable their contributions are. And it seems to me my ability to fit in that little vent is very very valuable to you all. So, you want my help? This USS Butterscotch better be the first of many. And I'm talking free ice cream for life.

Erica knows her value and she's going to ask to be paid accordingly. In ice cream. Hey, she's only 10.

Once she's gotten Steve, Robin, and Dustin into the Russian lair, they find it isn't so easy to get out in chapter 5, "The Flayed." Erica takes this opportunity to teach the team about communism.

DUSTIN: I mean, you have to admit, as a feat of engineering alone, this is impressive.
STEVE: What are you talking about? It's a total fire hazard. There's no stairs, there's no exit. There's just an elevator that drops you halfway to hell.
ERICA: They're commies. You don't pay people, they cut corners.

She's right. Erica was growing up in the years of Reaganomics, which she clearly understood and appreciated. Let's hope today's viewers are learning something from her.