Priest Kisses Man Who Came for Confession in Showtime Shocker 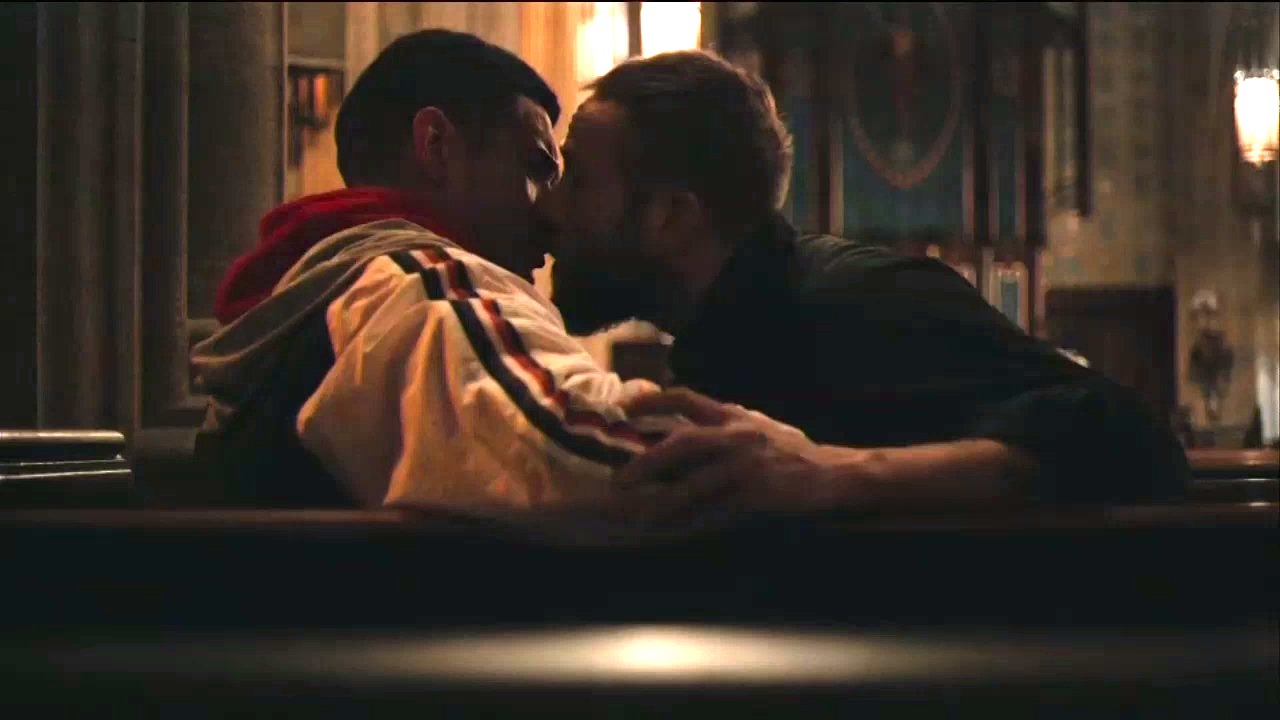 SMILF, what are we going to do with you? Writer and star Frankie Shaw clearly hates Christianity, as that theme comes through in nearly every single episode. In the pilot, her character, Bridgette, told her baby's father, Rafi, that prayer isn't allowed in her home and, just a couple of weeks ago, she suggested that the Virgin Mary was raped by the apostles in order to father Jesus Christ. In case you were wondering, she doesn't have such vocal opinions about other religions, just Christianity. In the December 10 episode Chocolate Pudding & A Cooler of Gatorade, Rafi goes to church seeking help, and the priest forces a kiss on him.

This season, Rafi has been struggling with sobriety and religion has been helping him stay on track. So, when he is struggling in this episode, he goes to the church at night to see his priest for confession, looking to ease his mind and calm himself without taking a drink. The priest, who knows Rafi and his struggles, lets him in so they can talk. Except, this is SMILF, so a priest can't just be a good person who wants to help a congregant. He has to be a sexual predator.

Priest: Rafi, what are you doing here?
Rafi:  I fucked up. What? I fucked up. I need a confession.
Priest: Okay, sit down. I was worried. You missed the meeting. What's going on, brother?
Rafi: A lot of shit, man.
Priest: Yeah?
Rafi: I didn't get Bridge her lemons. I didn't help Nelson finish the dresser. My mom is back with fuckface Nick.
Priest: Hey, hey, hey, man. Slow down.
Rafi: You know, I'm trying to do the right thing. I'm trying to live right. It's like I'm just a fucked-up person.
Priest: No, hey, you are perfect.
Rafi: I'm just like my fucking father. I'm fucking stupid!
Priest: You were made in God's image, and you are perfect, okay? And you are a good person. And you're loved.
Rafi: Really?
Priest: You're beautiful.
Rafi: You really think I'm a good person?

The show takes place in Boston, where Shaw is from, which was also at the center of the Catholic sex abuse scandal which was uncovered in 2002, so it makes sense that this would have been in her consciousness. But it's not as though there haven't been dark chapters in other religions involving sexual predation. I'm starting to wonder if it causes Frankie Shaw physical pain not to insult Christians. Now that she wants her work to resonate with a national audience, maybe insulting 75 percent of your potential viewers isn't the best strategy.

SMILF is starting to get boring with their attempts to shock. They are the "Look, ma! No hands!" of cable television. It's not particularly creative or interesting, Showtime is simply trying to shock for the sake of it. I guess insulting Christians is working as a business model, because this show comes back to that well week after week and it has been renewed for a second season.