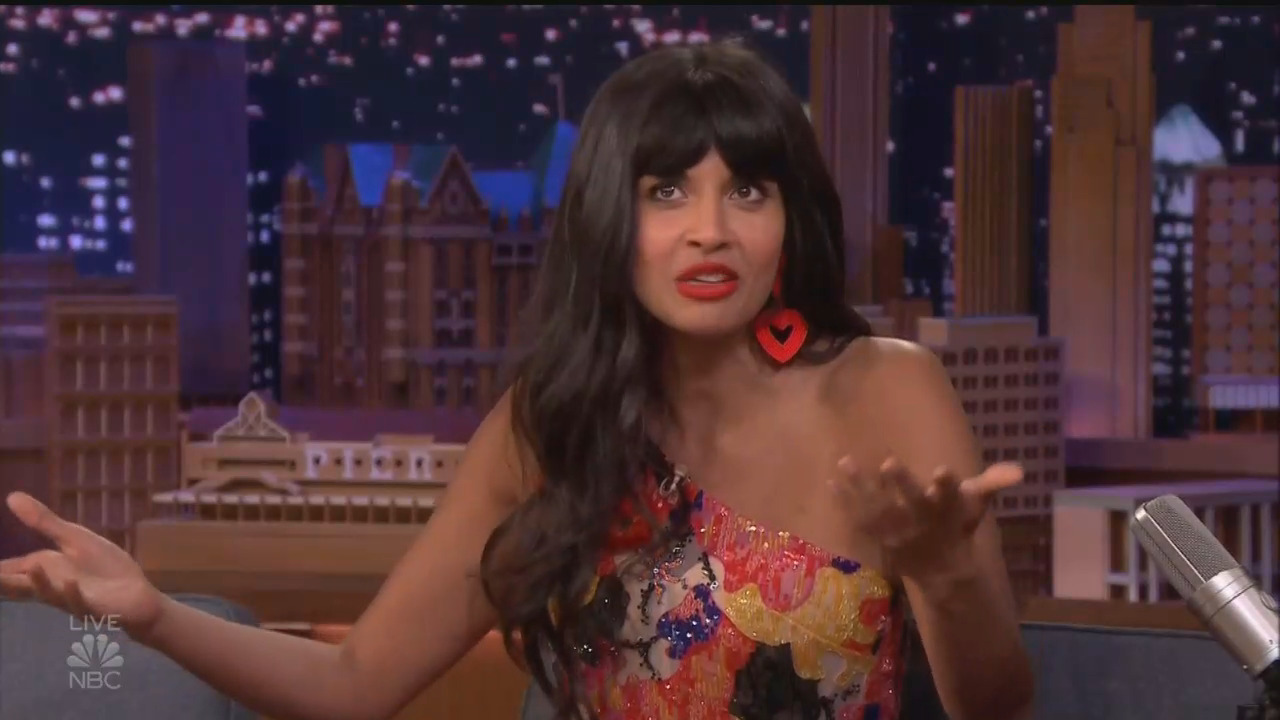 One actress is trying to give Gloria Steinem a run for her money in pro-abortion extremism. Jameela Jamil (The Good Place), who had an abortion when she was younger, is so exercised about abortion that she’s been raging at pro-lifers on Twitter.

It all started with a November 6 interview between Jamil and Steinem in Harper’s Bazaar. In the interview, Steinem repeated her mantra that without abortion there is no democracy. After Katie Yoder brought attention to the interview and quote in a Townhall article posted on Sunday, Jamil faced pushback from pro-lifers.

Apparently, it made an impact because the actress tweeted out on Monday to the pro-life “trolls:”

To the people trolling me and @GloriaSteinem because we said there is no democracy without a woman’s right to choose...I SAID WHAT I FUCKING SAID and you’re clueless if you think I’m going to take it back. My life *is* more important to me than an unborn fetus’ one. Suck on that.

Clearly the words of a thoughtful, reasonable person who has thoroughly examined the abortion debate from all sides. Or not.

On Wednesday, she was still feeling the clapback from pro-lifers about her awful quotes because she angrily tweeted:

You people are Pro birth. Not pro life. There are plenty of starving, homeless babies currently. Over 100k currently seeking foster care. You care about fetuses, Once they’re out the womb, you don’t give a fuck. Help the kids who are alive first, then call yourself “pro-life”

Jamil falls back on the familiar leftist trope that pro-lifers never, ever do anything to help the poor and needy. Meanwhile, it is a long-established fact that conservatives give more generously than liberals. And it’s not as if you can’t help the born and unborn at the same time – or that doing nothing to stop a problem means you can’t oppose it. As blogger Matt Walsh tweeted, “Am I allowed to oppose murdering the homeless even if I don't volunteer at a soup kitchen?”

Back on May 13, when the Georgia heartbeat bill was in the news, Jamil bragged about her own abortion and again brought up the foster care system, tweeting that her abortion was “the best decision I have ever made. Both for me, and for the baby I didn’t want, and wasn’t ready for, emotionally, psychologically and financially. So many children will end up in foster homes. So many lives ruined. So very cruel.”

Jamil would have us believe that a violent, premature death is better than growing up in foster care, being adopted, or otherwise being raised under difficult circumstances. So very cruel, indeed.